Protected by tariffs, U.S. manufacturing was supposed to have blossomed. Depending less on the world, American factories would hire and produce more.

Let’s see what has happened.

1. Even before the pandemic recession but after tariffs, manufacturing jobs were declining:

According to a 2018 report from the U.S. Bureau of Labor Statistics, one fourth of the decline in manufacturing jobs during the 2000s was because of China. They attribute the remainder to a skills mismatch. In addition, less worker mobility meant fewer workers moved to employment opportunities: 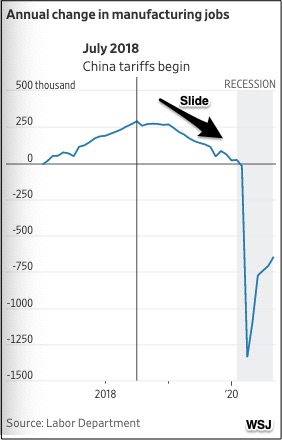 2. At the same time, manufacturing production rose slightly until the plunge.

The most recent data remains weak. The Federal Reserve tells us that industrial production was down in September. After four months of gains, it had not yet returned to its pre-pandemic level: 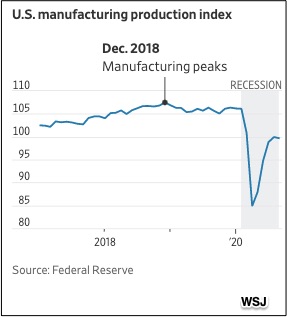 3. However, the manufacturing increase depended on what you made.

Predictably, firms protected by tariffs fared well. A small Delaware steel company reported a bump in orders because homebound households are renovating, replacing appliances, and fixing their faucets. Facing less Chinese competition, a firm that makes brackets, gears and conveyor belts saw its sales rise by 18 percent and its workforce ascend from 100 to 124 employees. Similarly, the steel industry enjoyed higher prices and profits. But the U.S. firms that bought domestic steel had higher expenses and job losses. Yet a recent WSJ headline tells us that auto production “vrooms back.”

You can see below that with less competition, steelmakers could raise their prices: 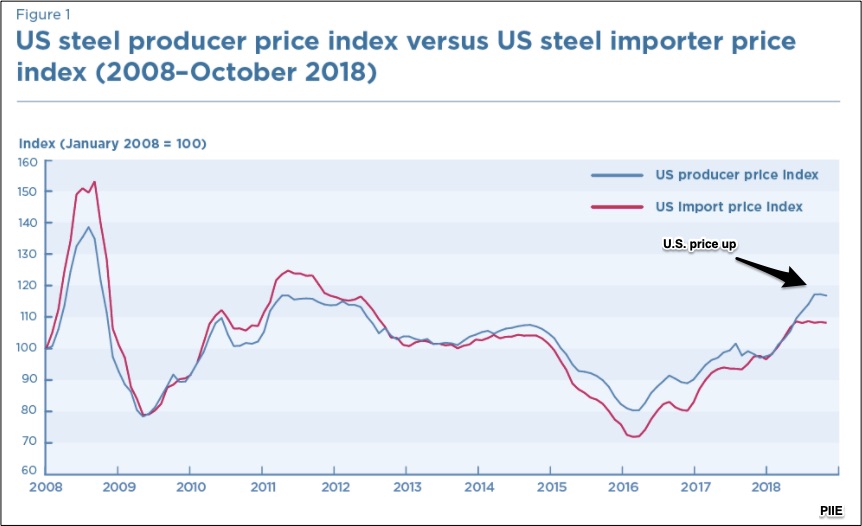 4. U.S. Firms that depend on China were harmed by the tariffs.

Certain U.S.manufacturers were hit by China’s retaliatory tariffs. A seller of polysilicon for computer chips and solar cells had its business in China shrink. When Chinese tariffs were added to the subsidies with which China supported its manufacturers, the U.S. firm and others like it could no longer compete there.

5. The red and blue divide in the 2020 presidential election reflected two economies.

The Republican share of manufacturing districts increased from 46.2 to 56.4 between 2008 and 2018. Those districts did not experience the productivity of bluer regions:

In other developed nations, manufacturing occupied a shrinking proportion of production: 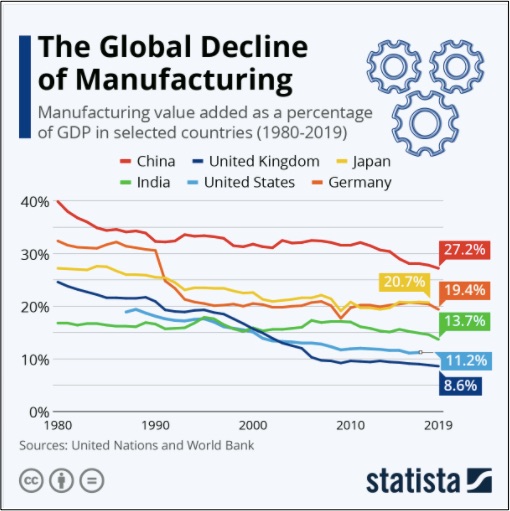 An economist might sum up the state of manufacturing by saying we were undergoing structural change. Simply defined, it just means the basics of major industries are changing. In manufacturing, employees need new skills. 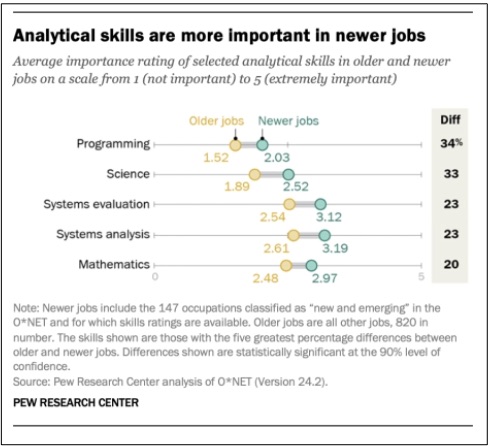 Where does this leave us? It’s a bit more of a downer than our last update.

My sources and more: It was tough to find recent manufacturing facts. WSJ had the most up-to-date information. Then, one Brookings Report had the political connections and a second one, some analysis of the tariff impact. And finally, Pew, PIIE, this steel update, the BLS, and the Fed completed the picture. (After publication, I edited sections of today’s post to improve clarity.)