When West Wing’s President Bartlett called the Butterball Turkey Hotline, he had a rather large turkey in mind.

While the hotline call starts at 1:57, the entire 4 and 1/2 minute scene is wonderful:

This year, many of us won’t want the typical 20 pound turkey.

According to the owner of the Ridgecrest Turkey Farm in Brockport, NY, the 1200 turkeys he raised are typically sold by now. Instead 30 percent remain.

His problem is size. Costing many thousands of dollars, ground corn feed helps him create chubby turkeys that weigh somewhere between 18 and 40 pounds. But now, COVID-19 restrictions constrain our travel and group size. Instead of our extended family and friends, we are eating with four to six members of the family–ideal for a 10 pounder.

Demand has also changed at supermarkets and for takeout. 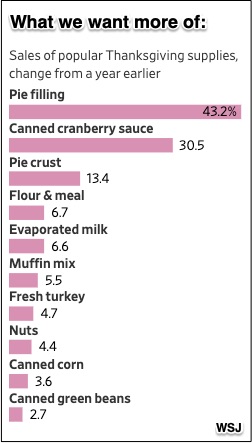 The reasons for higher prices come from demand and supply. More of us are cooking this year so demand is up. Meanwhile, on the supply side, food markets are paying for pricier transport, furloughed employees, protective equipment, more expensive commodities. Even before the pandemic, Cargill, a major source of frozen turkeys, decided to cut back. The result was a 15 percent increase in turkey wholesale prices to $1.25 a pound. 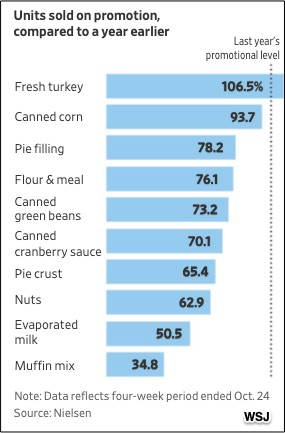 Blue Apron is sending out a Thanksgiving meal kit for $135 that feeds up to eight people. As for restaurants, they are coming to us. At the far end of the luxury scale, Del Frisco’s Double Eagle Steakhouse is selling a to-go Thanksgiving dinner for two to four people at $175-$250. However, for $40, we can get a Cracker Barrel Old Country Store meal for three to five of breaded fried turkey fillets and sides.

Last year, the owner of Ridgecrest Turkey Farm planned his feed costs and the 1200 day old chicks he would raise for 20 weeks. He knew his 20 pound fresh turkey would have a $65 price tag. Meanwhile, knowing nothing about an imminent pandemic, supermarkets could have received their frozen turkeys last January.

Observing Thanksgiving, an economist might say supply is inelastic. Defined as the inability of producers to respond quickly to an increase in price (because of more demand), inelastic supply is caused by rigid factors of production. On short noice, it’s especially tough to increase land and capital. Like the owner of Ridgecrest, we have to wait a year: 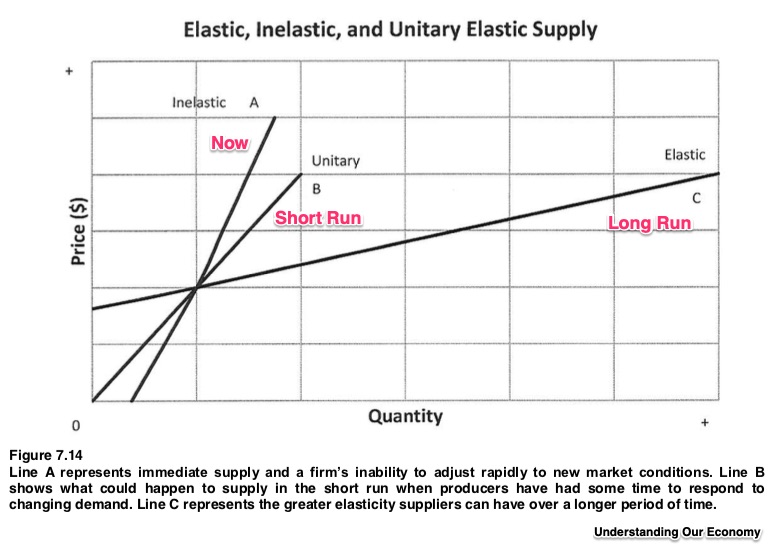 My sources and more: Thanks to The Indicator podcast for alerting me to the turkey problem. Other media with a similar story included WSJ,