How Vinyl and Streaming Are Similar

When recorded music sales peaked at $23 billion in 1999, CDs were at the top of the list:

The numbers hide what is really happening.

During the 1970s, we were buying vinyl, 8-track tapes, and cassettes. We never heard of digital downloads or streaming. Even CDs would not be around for awhile:

By 1991, CDs made it to the #1 spot. Then, after almost two decades of CD dominance, digital downloads took over: 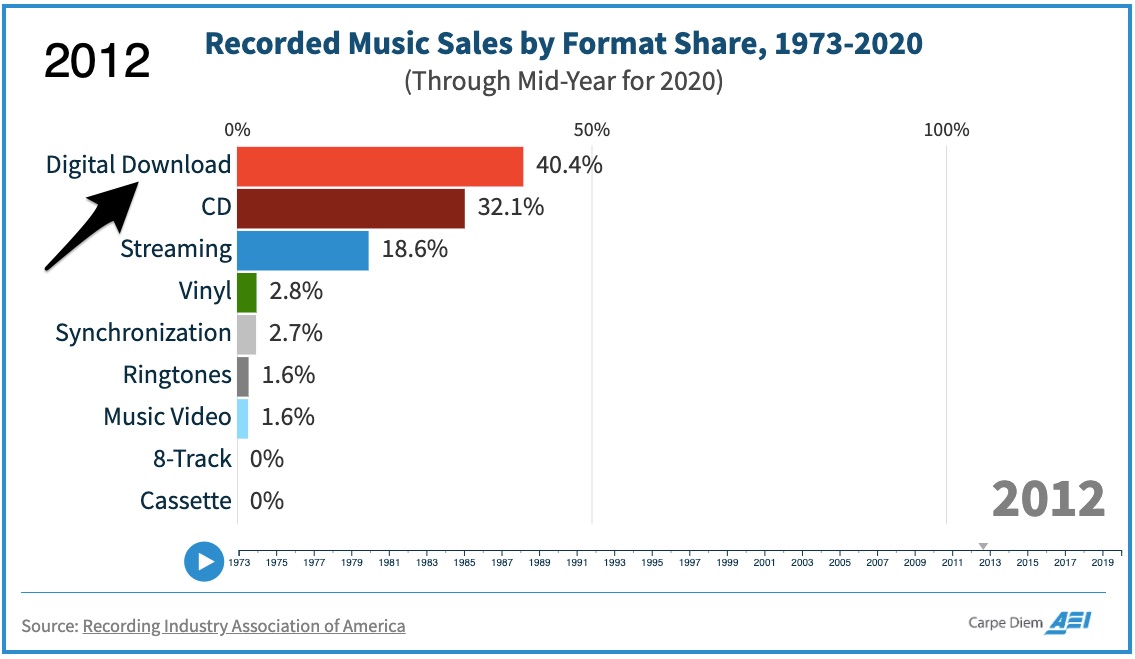 You know what happened after that. After moving from CDs to digital downloads, the next step was streaming. Only 10 years ago, streaming represented just 9.2 percent of all recorded music sales. Now we are at a touch below 85 percent: 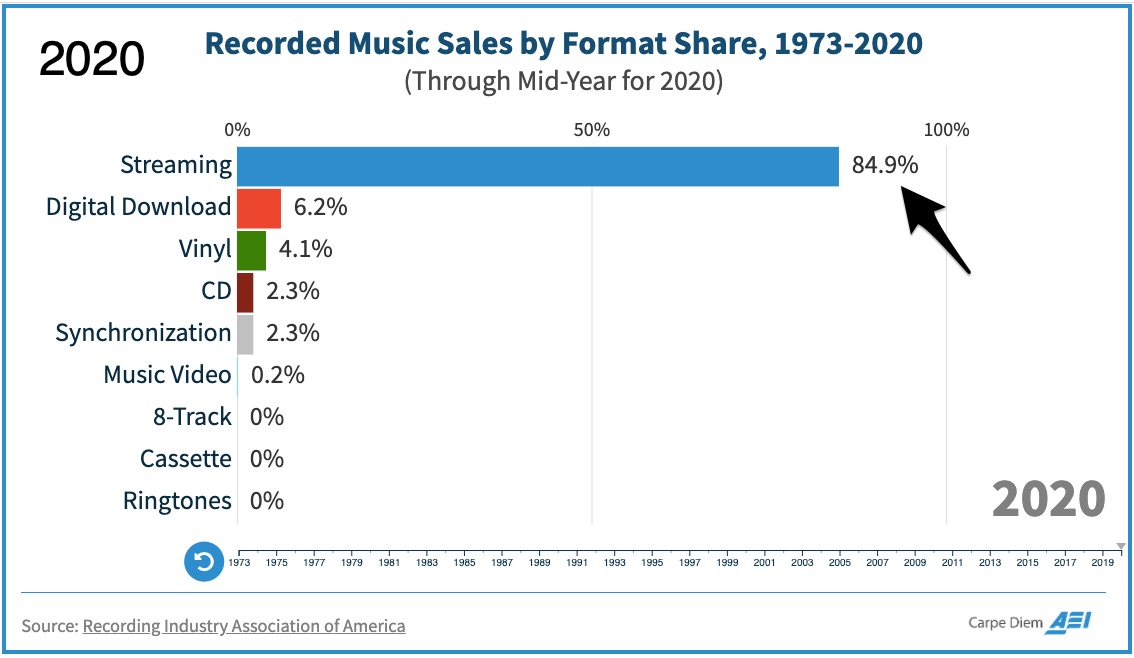 The march from vinyl to streaming reminded me of Joseph Schumpeter’s creative destruction.

An academic superstar, an Austrian finance minister, and a Harvard professor, economist Joseph Schumpeter (1883-1950) once proclaimed that he aspired to become the world’s greatest economist, horseman, and lover. He then said, “Things are not going well with the horses.”

After working in government, business, and academia, Joseph Schumpeter emigrated  from Austria to the U.S. in 1932. At Harvard, his research focused on the rise and fall of capitalism. Its ascent, he believed, would be fueled by entrepreneurs while the collapse would come from a resentment against the elite.

We associate Joseph Schumpeter with creative destruction. As he explained, entrepreneurs create jobs, progress, and productivity. They change consumer habits, design new means of production, and develop new forms of economic organization. But they also create the pain connected with the demise of old industries as new products and processes replace what had existed.

Through creative destruction, autos replaced the horse and buggy, the light bulb eliminated kerosene lamps, and typewriters disappeared. We could also say that creative destruction is the reason our spending on recorded music has gone down but convenience, quantity, and flexibility have soared. It is why vinyl and streaming could both top a list of recorded music sales.

My sources and more: Mark Perry’s Carpe Diem animated charts are clever. They tell a story that thousands of words could not convey. Do go to his blog to have some fun with his animated record sales charts.

Why Uber and Santa Claus Agree

How to Judge the Pandemic's Economic Outlook