What an Oil Boom and Bust Do to a Town

McDonald’s had a problem in Williston, North Dakota. Although everyone wanted a Big Mac, no one wanted to make them. The year was 2013, the fracking boom had begun, and rig workers were earning $42 an hour. McDonald’s could barely afford $11.

It did not last.

Whether it was the Permian Basin in Texas or Williston, North Dakota, the oil boom looked the same. The male population multiplied, the roads got crowded, and housing became expensive. In both places, scores of trailers became “man camps” and apartment rents tripled. At restaurants, catering jobs and diners multiplied as the men who left families in far off places ate out. A  traveling barber earned $180,000 a year while rig workers received six figure salaries. And, the city of Williston could afford a new gym that included a “lazy river pool,” basketball and tennis courts, and a batting simulator. All visitors saw pricier hotel rooms and airline tickets.

However, the booms never last. When oil prices plunged, fracking profits evaporated and drillers eliminated jobs. As workers left for distant homes, the Williston barber had less hair to cut. Similarly,  restaurants had fewer diners and catering jobs, and landlords had fewer tenants. From below one percent, the unemployment rate rose. You can see that you have an economy in reverse gear.

As recently as 2011, WTI (West Texas Intermediate–a U.S. benchmark) and Brent (a global benchmark) were close to $120 a barrel. Not shown on the graph, the price this year did fall below zero when traders had to pay others to take their oil. Now it is back to $40 territory: 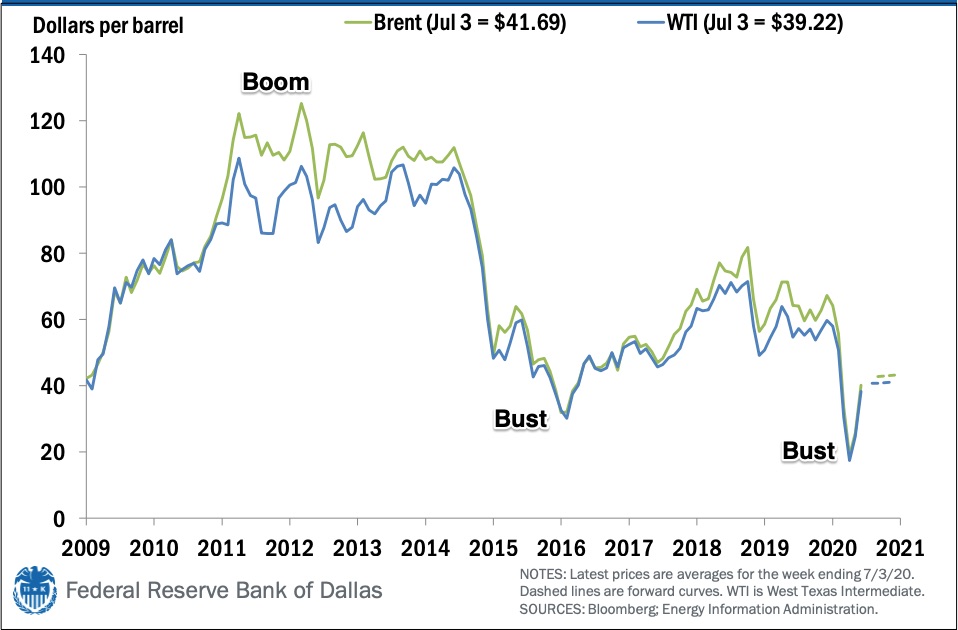 Those lows take drillers mighty close to their break even point:

If you are wondering why price is falling, do look at the following graph. As economists, we know what happens when quantity supplied exceeds the quantity demanded: 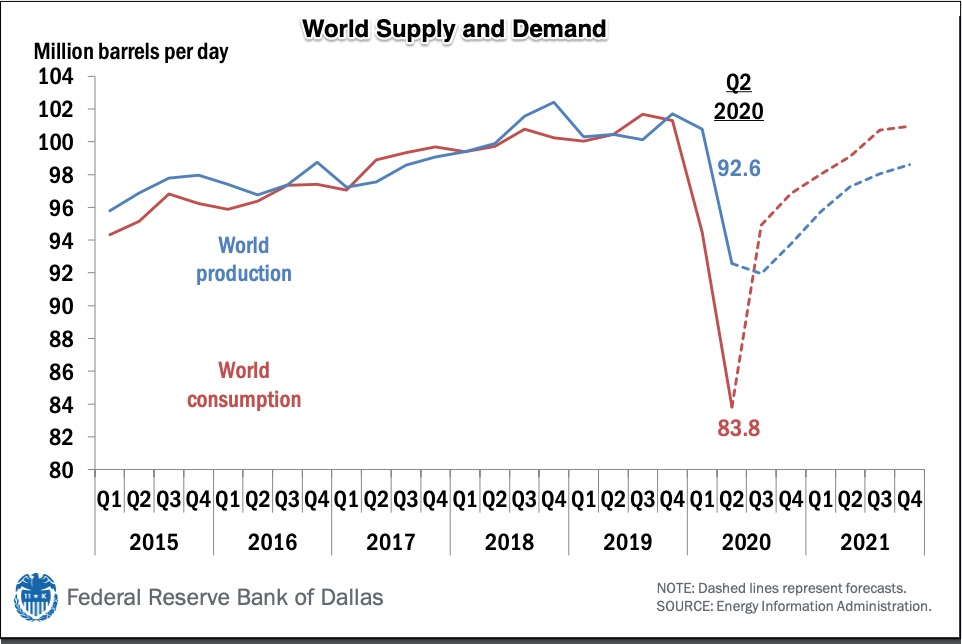 So where are we? I suspect that McDonald’s no longer has the pressure to increase wages in Williston.

My sources and more: Describing an oil boom and bust, The Journal podcast focused on the big and little picture. Then, Planet Money and their Indicators podcast have been following Williston ND, from 2013 to 2016 and now. And finally, for oil industry data, the Dallas Fed is my go-to place.

Our featured image is from WTTU News.

When Money Makes Us Happy

Why It's Tough to Make a Movie During a Pandemic