At 33 years old, in 1896,  Henry Ford built one of the first automobiles in a backyard shed. He called it the Quadricycle:

In 2004, when Elon Musk was 33, he had previously dropped out of a Ph.D program at Stanford, sold two companies for several hundreds of millions of dollars, and started SpaceX.

Then, he invested $6.3 million in Tesla.

At the time, the goal was to demonstrate that an electric car could be cool, could compete in luxury markets, and could be affordable. We have arrived at the affordable phase.

And maybe back to Henry Ford.

More than a precise comparison, the big picture illustrates why the Model T Ford and Tesla are similar. Both are market changers. In 1908, when the world had few cars, Ford made an increasingly cheaper vehicle that the average person could eventually afford. By the 1920s, the nation had a road network, car dealerships, and gasoline stations. Somewhat similarly, Tesla, needs a network of charging stations and stores rather than dealerships. And their Model 3, at a $35,000 base price, is vastly cheaper than all other Teslas.

Yes, their sales remain a small proportion of all cars that we purchase. However, the quest for lower carbon dioxide emissions, mass market Model 3 pricing, and Elon Musk could shift the market. 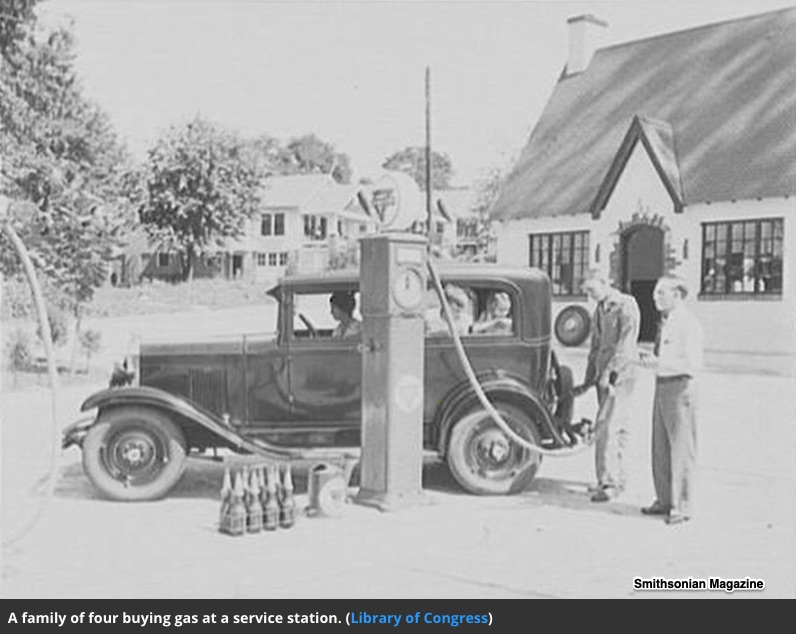 In addition, looking at the factory, we would see that the Model T Ford and Tesla have displayed a similar connection between lower costs and increased production. 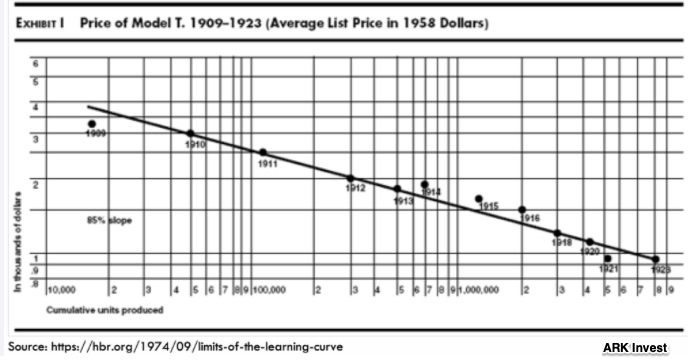 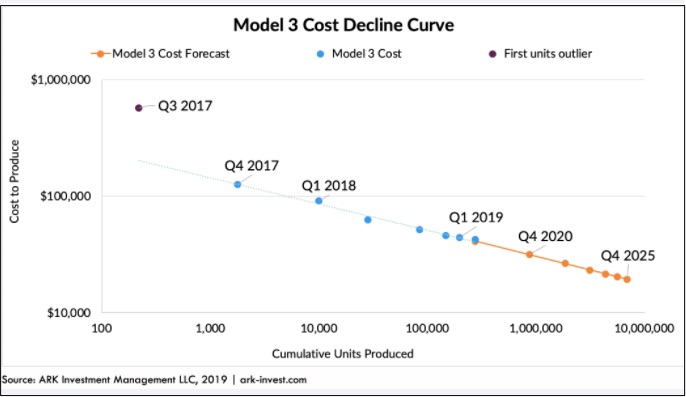 I know that all can be debated when comparing the two. But perhaps the one indisputable similarity is the leadership. Both men, Henry Ford and Elon Musk, are visionaries. Or, as Ford reputedly said, “If I had asked people what they wanted, they would have said faster horses.” But he knew as does Elon Musk, that they could create something different.

First explained by economist Joseph Schumpeter (1883-1950), creative destruction is about the new replacing the old. It is the painful process through which existing industries, their technology, and their labor force become extinct. But the happy side is what takes their place. As the fuel that propels the market system, creative destruction ignites economic growth. We had Model T Fords instead of horse drawn buggies and now Teslas might indeed replace our Ford Fiestas.

Please note that most of my Creative Destruction paragraph was in a past econlife post.

My sources and more: Thanks to economist Ed Yardeni for alerting me to the Ford Tesla comparison through Wright’s Law. From there, Henry Ford has been compared to Elon Musk, here, here, and here.

July 2020 Friday's e-links: A Painter, a Felon, and a Scandinavian Mystery