Where Illegal Activities Give the GDP New Highs

It is always nice to answer the question, “How are we doing?” For the economy, the answer can come from the GDP.

One problem though is deciding whether the GDP should include illegal activities.

The GDP is the total dollar value of the goods and services a country produces in one year. To get the U.S. total of approximately $22 trillion (nominal, not inflation adjusted), we primarily add together what consumers, businesses and government spend. Then, subtracting imports from exports, we get our total.

WSJ did a pretty good job of explaining the basics:

When Nobel economist Simon Kuznets first created the GDP concept during the 1930s, he included only legally produced goods and services. He reasoned that it would be tough to quantify all home output. And, he didn’t want to validate illegal economic sectors.

More recently, we’ve become concerned with what the GDP omits. In 2013, statisticians added several items that included R&D (research and development) as investment spending. Before that it had been considered an intermediate activity that would not be directly added in. 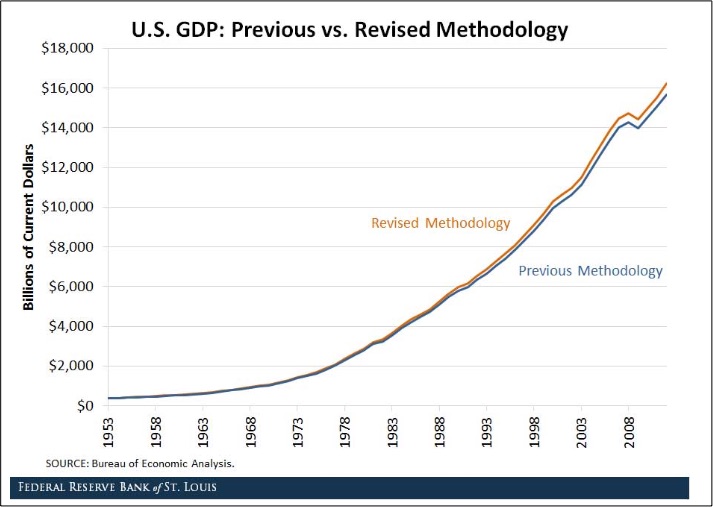 Most crucially, though, the BEA report said the GDP would rise: 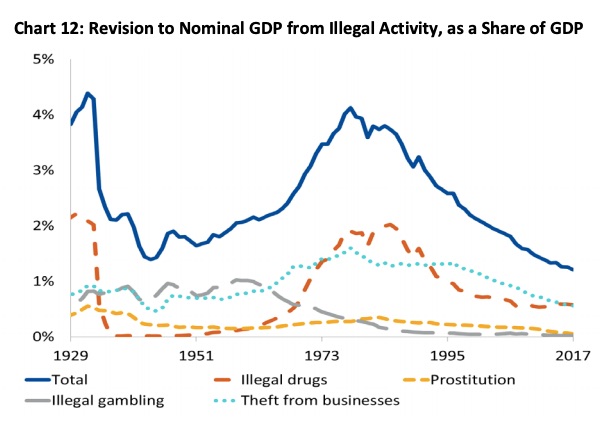 I took a look at the 2018 EU 142 page handbook that gives member countries a blueprint for collecting IEA (Illegal Economic Activities) data. Their rationale for a GDP with IEAs is the value of the data for making policy decisions, tackling crime, and strengthening the financial system. Admitting accuracy is a daunting challenge, they say the goals are worth it. They also add that a commonality facilitates comparisons.

Like the U.S. hypothetical, for the EU, drugs actually are a real contributor to the GDP: 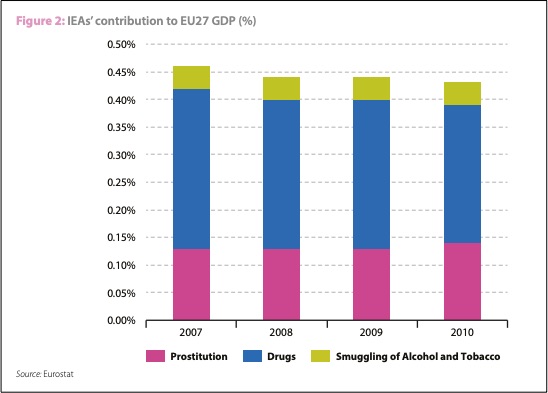 Meanwhile, their country studies display the specifics. The section from Belgium describes how they gather prostitution data by starting with one location. They estimate the number of sex workers, average number of transactions in a given time, and the price per transaction. They also get historical prices from the internet. Meanwhile, a section on smuggling alcohol and tobacco came from Denmark and there was more on prostitution from Italy. Together, the case studies came from 12 countries.

As always, looking more closely at a statistic reveals the inconsistencies and the inaccuracies. So, when we compare GDPs, let’s remember that those from the EU include illegal economic activities while those from the United States do not…

…Except for any numbers that are trickling into the national data from the U.S. states that have legalized marijuana.

My sources and more: The Numbers Woman at WSJ reminded me that it was time to return to what the GDP includes. From there, this BEA report quantifies the additions as has the EU.

Why It's Tough to Make Stock Market Predictions