Why We Want the McRib

Today, the McRib has returned.

Even in Michigan where the McRib reputedly was absent last year, there are unconfirmed reports that it’s being made right now in the Detroit metro area and perhaps elsewhere in the state.

Michigan is not alone. Since the early 1980s annually, we’ve been anticipating the return of the McRib. Adding it to the menu and then removing it, McDonald’s makes sure that McRib fans always want more.

This year, one McRib lover responded:

The history of the McRib takes us back at least 40 years. In 1980 or so, the creator of the chicken nugget realized pork also had some possibilities. Using restructured meat technology, he eviscerated the unappealing parts of the pig. Oversimplifying, we can just say that adding some salt and water glue, they wound up with a pork slab that became the McRib. Yes, Americans don’t want stewed pig hearts. But they will eat a more palatable version.

Saying that approximately 10,000 locations will offer the McRib, McDonald’s described it as “craveable and delicious–a seasoned boneless pork sandwich slathered in tangy barbecue sauce and topped with slithered onions and tart pickles.”

On Sunday, October 6, there were multiple McRib sightings: 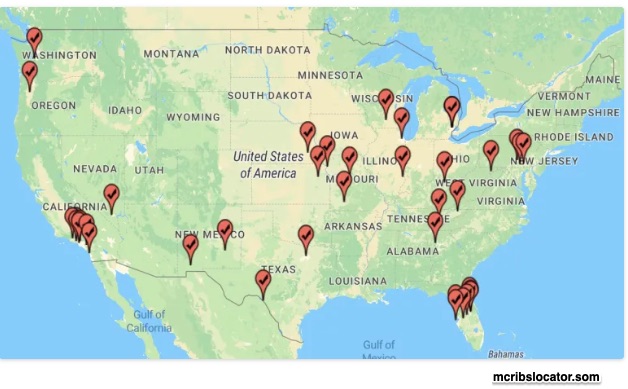 Some say there will be a porcine stampede. But why? An economist has the answer.

McDonald’s removes the McRib from the menu because of how we perceive that extra bite. One McDonald’s franchisee tells us that when the McRib first returns, he sells close to 200 a day. However, by the end of the promotion, anticipation plummets and his daily McRib sales drop to fewer than 50.

An economist would say that McRibs buyers are experiencing diminishing marginal utility (aka pleasure) because each new serving is less pleasing. Recognizing how time crushes “utility,” McDonald’s soon takes the McRib away from us.

As Freakonomics’s Steven Dubner explains, McDonald’s just has to wait long enough for him to forget how bad it is.

My sources and more: After eater,com Iet me know that the McRib was back, I found this tale of its creation. From there, condemnations abound as in this Atlantic piece and adoration is here from Michigan.

Parts of this post were previously published at econlife.

The Oyster, the Martini, and Happy Hour Economics