The Mystery of the Missing Money

Comedians Jerry Seinfeld and Joan Rivers were due department store refunds that they never claimed. Madonna had paychecks from Walt Disney that she did not cash. Somewhere, you and I might be missing money.

Forgotten cash can reside with insurance companies, retail establishments, banks, employers. Those who are unpaid can include individuals, public agencies, the United Nations. In New York, eventually, that money winds up as unclaimed property overseen by the state. In California it has added up to more than $7 billion: 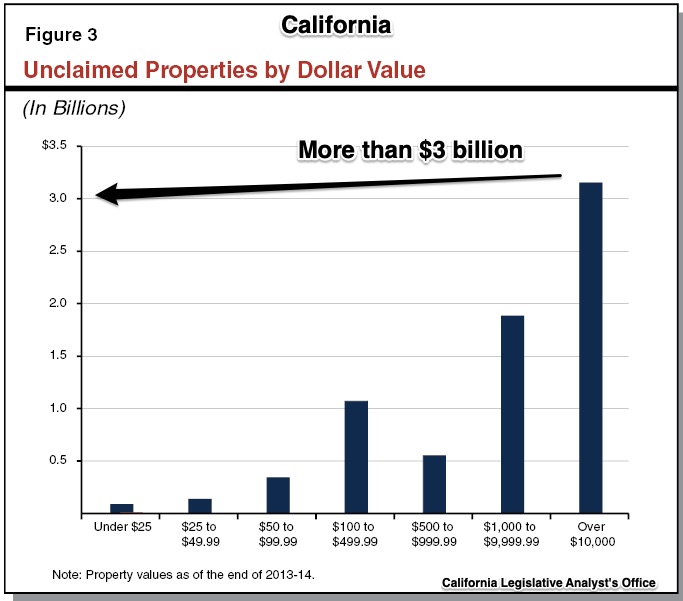 If they don’t find you (and no one seems to try very hard), then the funds can wind up in a state’s coffers.

One exception is savings bonds.

Three Missouri sisters, Mary, Anna, and Bessie Segal, had $670,000 in a Kansas bank. However, none of them knew about it.

Starting during the 1940s, the three sisters had been buying U.S. savings bonds. The face value of each purchase was just $25 or $50 but the interest and principal accumulated. It appears that the three women forgot about their bonds and died without claiming them.

Now though Kansas is fighting with the federal government over possession of the bonds. The state says that its unclaimed property program has the right to locate and return assets or cede them to state coffers when no owners are found. An appellate court disagreed. It concluded that federal law precluded the Treasury from transferring ownership.

Kansas said it will appeal the decision. 24 other states have passed legislation that facilitates possession of unclaimed bonds.

Billions from savings bonds could become a new state revenue stream. How much a state needs the money relates to its fiscal health. So I took a look.

According to the Mercatus Center, the states with the healthiest fiscal prognosis were Nebraska (#1), South Dakota (#2), and Tennessee (#3). Meanwhile,  Illinois (#50), Connecticut (#49) and New Jersey (#48) were at the bottom.

This was their ranking: 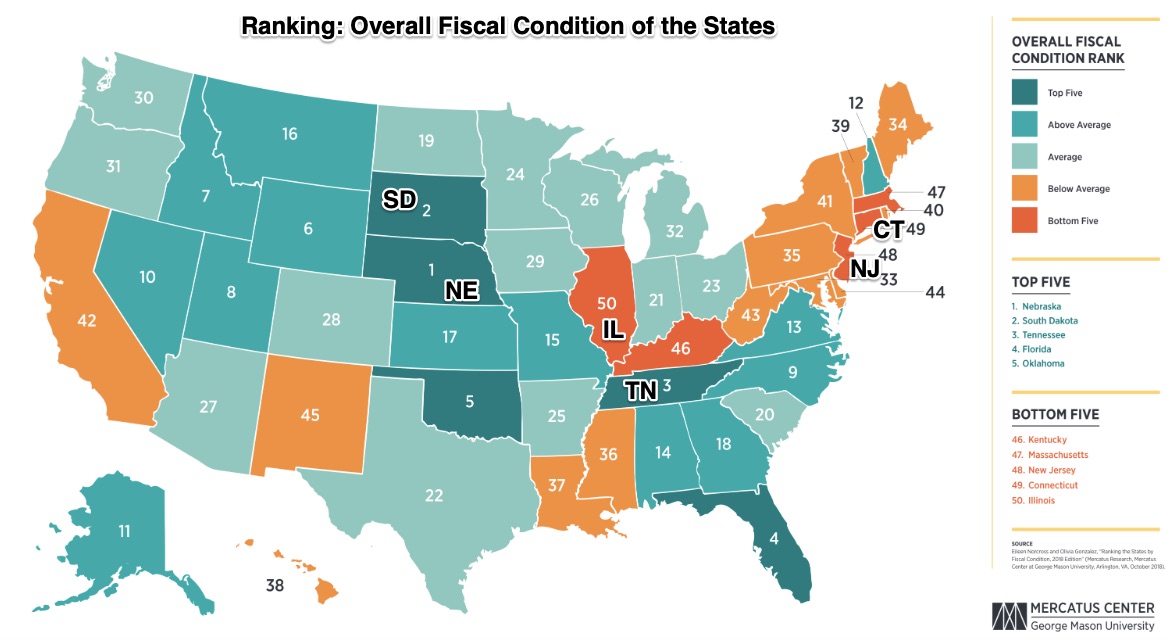 Also, I went to Pew to see the change in each state’s tax revenue: 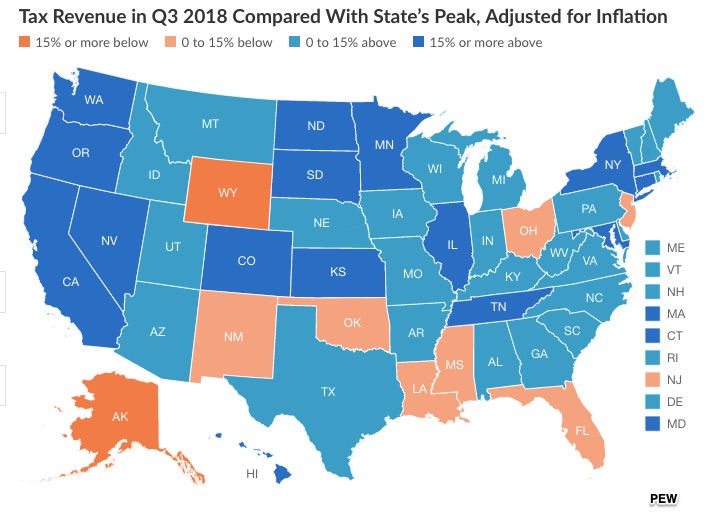 So, where does this leave us? Illustrated by the quest for unclaimed property, we can keep in mind each state’s need for revenue. But also, do compare both maps. More revenue might not signal better fiscal health.

My sources and more: ABC Radio’s podcast The Money started me thinking about Australia’s missing money. From there, the trail moved to the U.S., the NY Times, Quartz, and an unredeemed savings bond case described by WSJ, here and here. And finally, Pew and Mercatus had the state fiscal health details.

The Surprising Reason That We Love Our Pumpkin Spice Lattes