How A Working Mother’s Time Use Has Changed

Just before Mother’s Day this year, Pew Research told us a bit more about our moms. We could call it a recipe for exhaustion.

These are the ingredients:

Among highly educated women, becoming a mom has become more likely. Looking back to 1994, you would have seen 65% of women aged 40 to 44 with a Ph.D or a professional degree had given birth. By 2014, a whopping 80% of those educated women were moms. Similarly, the rate of motherhood was up for women with bachelor’s and master’s degrees.

Mothers are spending more time in the labor force. While women worked for nine hours a week in 1965, by 2016, the average had risen to 25 hours a week.

More pressure to be “involved mothers.”

Women face considerable pressure to be “involved mothers.” (The statistics for women are noted in green by Pew.): 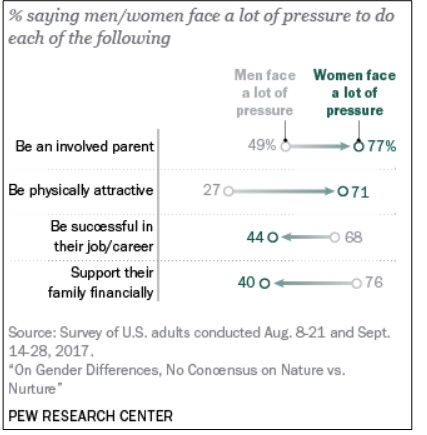 The new American Time Use Survey (with 2018 data) shows us how women have responded to their recipe for exhaustion.

How Working Mothers Use Their Time

Working mothers are spending more time doing almost everything except for fun and sleep.

At 7 hours and 20 minutes, this year’s average workday was the longest for women since the ATUS (American Time Use Survey) began in 2003. In addition, women are devoting approximately 2 1/2 hours to housework each day.

You can see below that household activities occupy an increasingly large chunk of an  employed woman’s time: 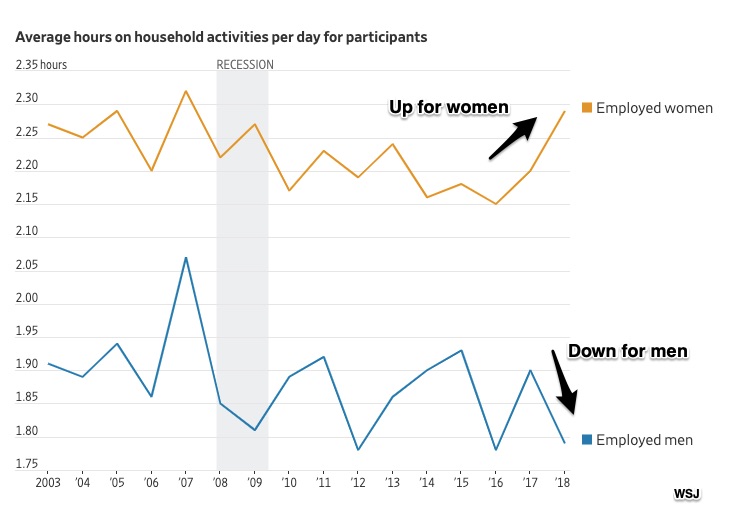 And, echoing that pressure to be involved with their children, working mothers spent approximately 2 hours each day on child care in 2018, 15 minutes more than during 2017. 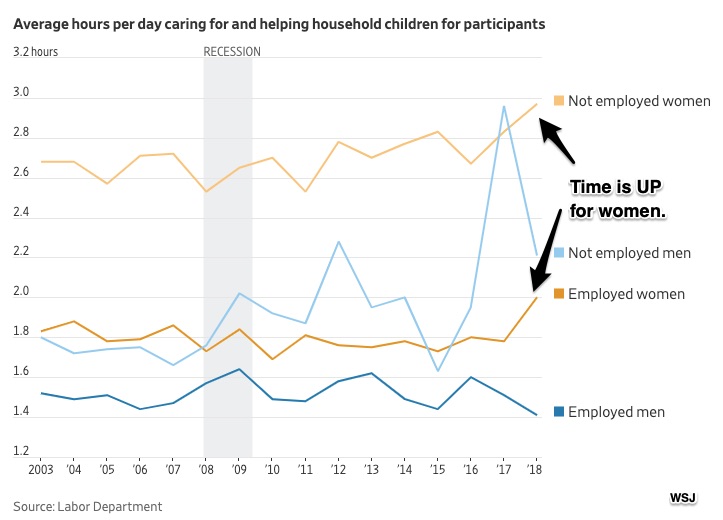 Meanwhile, mothers were spending less time enjoying leisure and sports. Since 2003, the total went down from 3 3/4 hours to 3 1/2 hours a day. Employed women also are sleeping less. 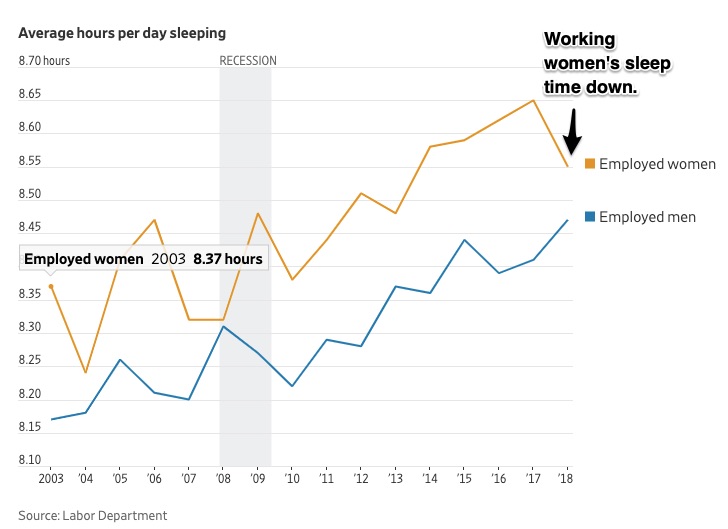 At this point, a behavioral economist could say that women continue responding to traditional social norms. In a Washington Post editorial, two scholars tell us that women still feel responsible for the home baked cookies, the clean laundry, and the spotless floors. And marriage appears to make it worse rather than better. With single mothers, the kids do more but not when there is a dad.

So, as women take on increasingly demanding roles at work, we still feel we should trade leisure, sleep, and sports for our traditional role at home.

My sources and more: This is a BLS summary of the new American Time Use Survey that came out on June 19, 2019. For more, these Pew facts complemented ATUS as did this article from WSJ  and the Washington Post. However, if you just go to one link, this cartoon is superb.