Because of QE1, QE2, and QE3, financial institutions received more than $4 trillion: 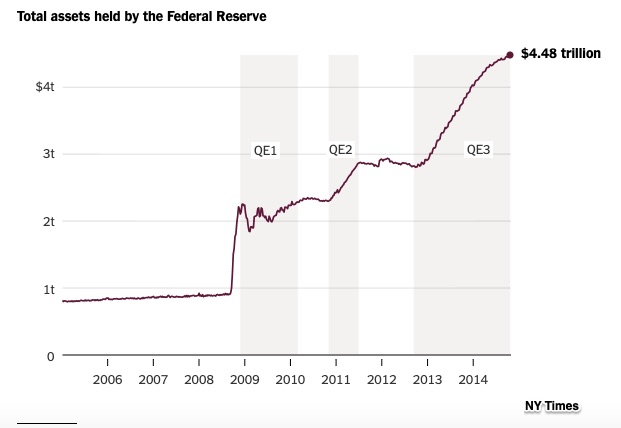 But did it make a difference?

During the 2008 recession, traditional monetary policy tools were not working. One problem was that most banks bought U.S. treasuries instead of making loans. To grow the economy, the Fed had to get banks lending again..

So, with a stubborn economic contraction and low interest rates not stimulating economic activity, the Fed decided it better try something new. They called it quantitative easing (QE).

Stated very simply, QE gives banks money and then encourages them to lend it:

The goal? Accelerate economic activity. Get businesses to expand and households to buy homes and autos. Below you can see QE in action: 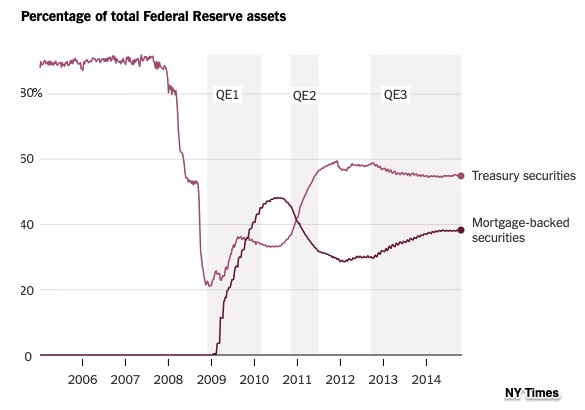 The authors of a new study from the New York Fed believe that QE had a positive economic impact. They formed their conclusions by comparing regional economic conditions. In areas where QE purchases replaced mortgage-backed securities, the uptick was more than where they had not. There were more loans and more mortgages were refinanced. As a result, local residents felt wealthier and spent more.

In other words, QE did what it was supposed to do.

Whereas QE has been called unconventional monetary policy, conventional Fed policy takes us to three policy alternatives that affect the economy’s supply of money and credit:

So, when none of the three conventional alternatives worked, they launched QE.

My sources and more: Always readable, the NY Fed’s Liberty Street blog had the QE analysis while Ed Yardeni presented the chronology. Then, NPR’s Planet Money visited the Fed when it implemented QE. And, for even more, I recommend this NY Times summary and a marketplace.org Whiteboard video that has the perfect QE explanation.

Who Is Likely to Live Alone?