My friends in San Francisco are wearing masks. Because of fires from the north, they are high on a list that no one wants to lead. During last Friday, their Air Quality Index (AQI) was 259 while yesterday it dropped to 156:

The AQI number is based on the ozone, particulate matter, sulfur dioxide, carbon monoxide, and nitrogen dioxide in the air. One problem is the impact on our immune system of the fire-caused particulate matter that can burrow in our lungs. (Smaller than a grain of sand, they are tiny.) In California, those particle readings have been high:

Where are we going? To why San Francisco’s high AQI could be caused by the tragedy of the commons.

Ranging from 0-500, The AQI scale has five groups. Yesterday, Philadelphia had a score of  84 and Cheyenne, Wyoming, 22. Below 100, both are in the healthy range.

In this view of the earth, I’ve pointed my arrow at California. The reddish shade indicates the air alert: 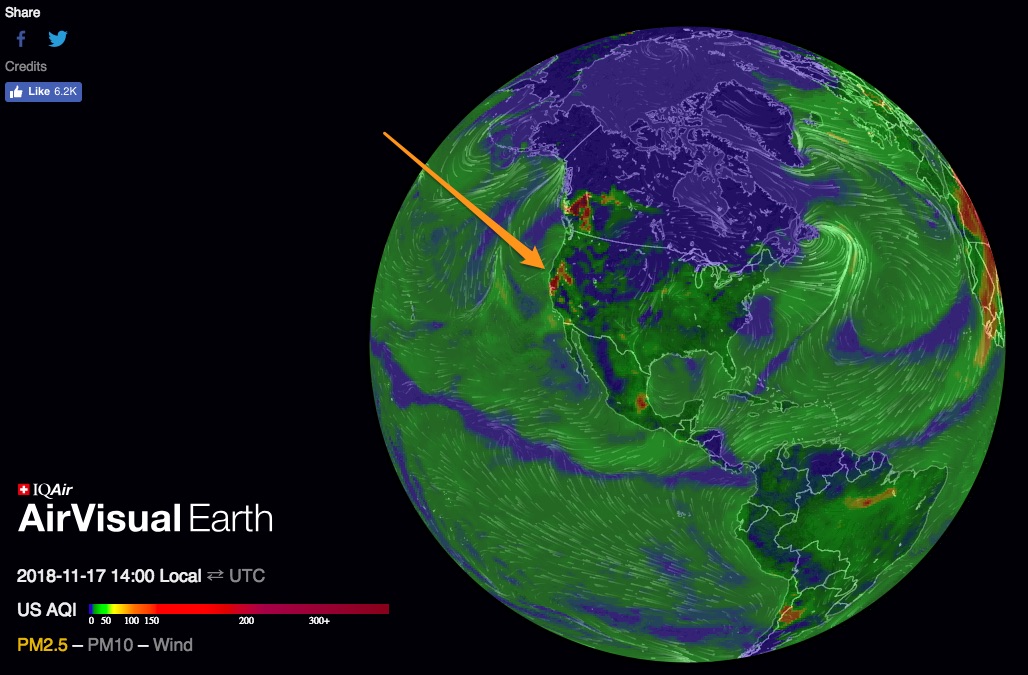 Next, I rotated the earth to the Asian side and to much more red in China, India, Bangladesh: 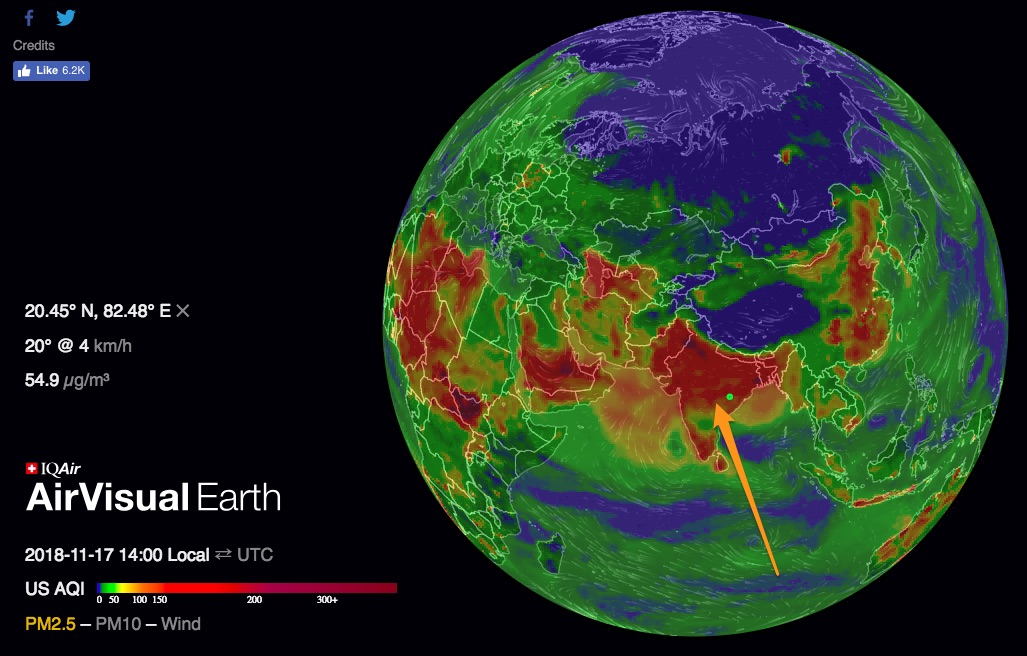 Our Bottom Line: A Tragedy of the Commons

We could say that the Air Quality Index is a measure of the tragedy of the commons.

Traditionally, the tragedy of the commons refers to the abuse of shared resources. Whether looking at an overgrazed pasture, a polluted stream, or a messy office refrigerator, people have the incentive to abuse publicly shared resources.

When we individually benefit from our behavior, we tend to ignore the impact of everyone using the resource together. We let our cattle graze on the commons although the same decision from everyone results in overgrazing. Similarly, people dump their waste in the stream or leave their old yogurt in the faculty room refrigerator. If you were the only one, it wouldn’t matter as much. But when everyone does it, the results can be catastrophic. Yes?

Nobel laureate Elinor Ostrom (1933-2012) suggested that people will voluntarily solve a commons problem. Using a Swiss grazing pasture as an example, she said sometimes individuals avoid overuse through cooperation. Together they create grazing rules or agree to manage a shared fridge. At a local level, without a government mandate, users can and will cooperate to avoid their own tragedy of the commons.

Looking at California, Dr. Ostrom could have suggested that people will indeed set aside their individual incentives and solve the problem (as she called it) of the commons.

My sources and more: Combining Quartz, Vox, and the San Francisco Chronicle, you get a good overview of the connection between the fires and the pollution. But if you read just one article, do consider the tragedy of the commons. And, if you listen to one podcast, Elinor Ostrom is wonderful on Planet Money.