How Our Meals Are Changing

I suspect though that a new name won’t stop us from drinking our almond, hemp, or oat milk.

Where are we going? To new food preferences.

Cereal and milk are less popular in the morning. Instead, we grab a health bar or open a container of yogurt:

Meanwhile, for lunch, when was the last time you had a tuna sandwich or some cottage cheese and fruit? Our cottage cheese intake is down from more than 5 pounds to approximately 2 pounds a person annually since the 1970s. But we are still eating bread and deli meats.

This is the decline in tuna consumption:

Slightly on the rise now, our red meat consumption is down from 1980. But our chicken intake is up: 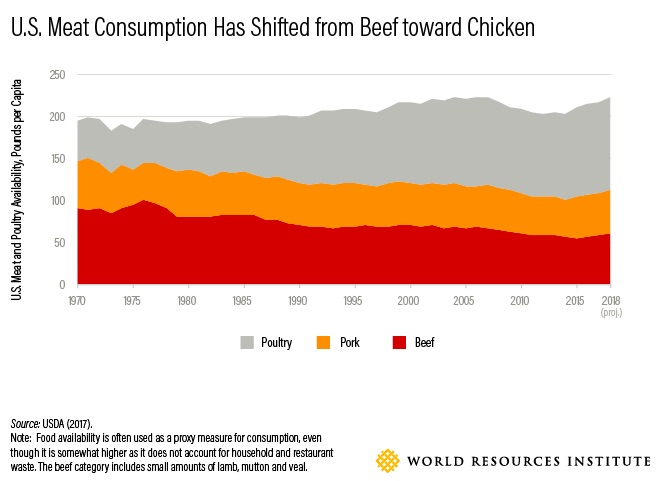 Meanwhile, frozen food entrees appear to be making a comeback. The reason could be new packaging and meals like the braised brisket, caramelized sweet potatoes, sorghum, red rice and pickled onions in a Wildscape container.

A new kind of container: 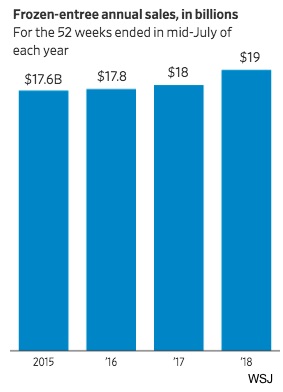 Because I love ice cream and eat it almost every day, it was a shocker to see its popularity is down here. But not in Asia: 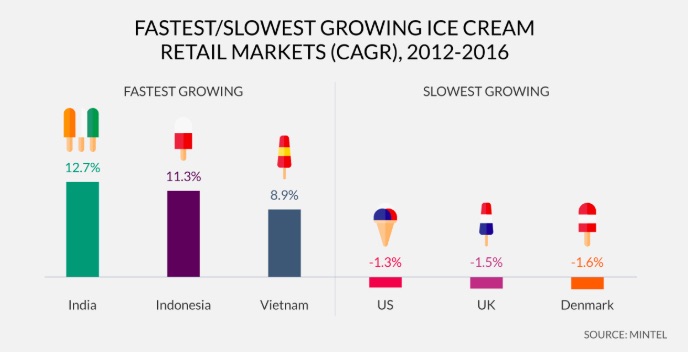 Our Bottom Line: Changes in Demand

As economists we can say that a change in demand from new food preferences moves an entire demand curve: 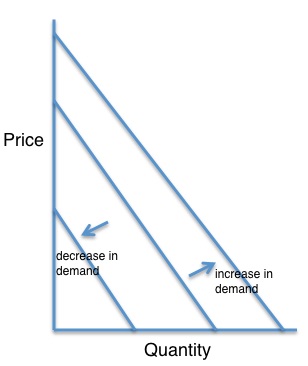 There are five basic reasons that the demand for a good or a service increases or decreases:

So, where are we? Reducing the joy of new foods to economic jargon, we can say that the most likely reasons for our change in demand relate to substitutes, complements, and utility.

My sources and more: For new food preferences, Grubstreet sets the scene ideally. But then Quartz had the overview for each meal while the Washington Post and WSJ had the frozen food details.

The end of this post was slightly edited after publication.

What the Waffle House Index Says About a Storm