Plattsburgh, NY just said, “No more.” As one of the country’s cheapest places to buy electricity, it proclaimed an 18-month moratorium for all new Bitcoin miners. The ones who are already there can continue but no one new can start.

Where are we going? To Bitcoin mining in Plattsburgh.

But first, a look at the world…

The Best Places to Create Bitcoin

Called mining, Bitcoin creation involves solving an algorithm that gets increasingly harder as demand grows. One catch is the guessing part. Since the algorithm is so complicated, you can’t just figure it out with a laptop. You have to make lots of guesses that require massive computational power and that takes a lot of electricity.

Because of their cheap electricity, it makes sense that Iceland, Canada, and Switzerland are attractive places for Bitcoin mining. For more of the story though, do take a look at the following map and table: 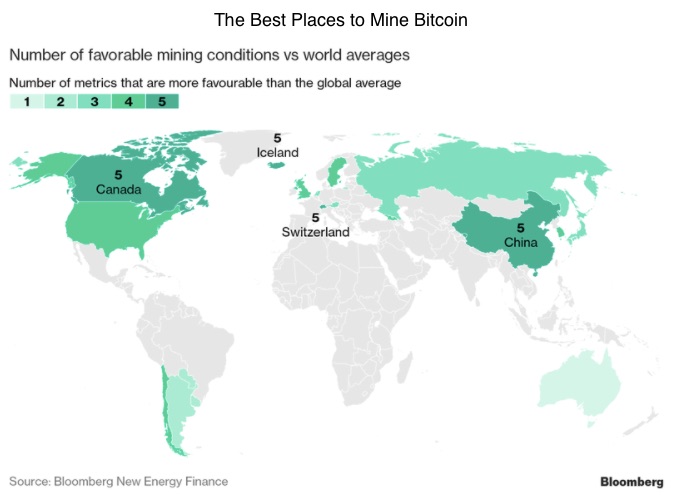 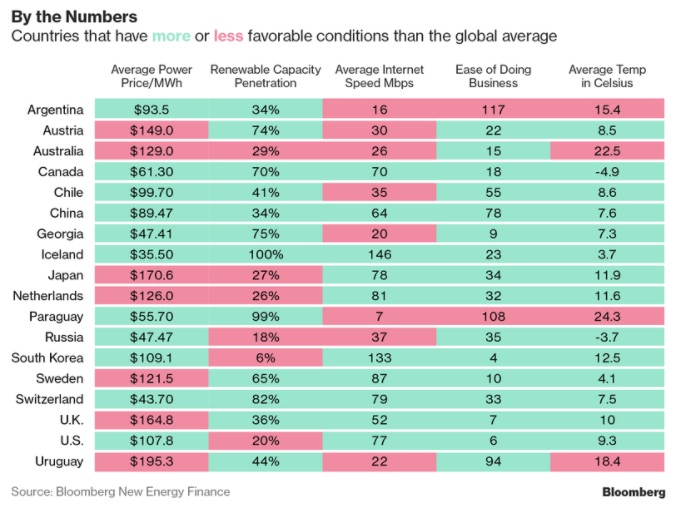 It’s also easy to see why Bitcoin miners like Plattsburgh.

Long ago, the NY Power Authority said it would allocate 104.5 megawatts of cheap power to Plattsburgh per month. That pushed Plattsburgh’s commercial rate down to 4.17 cents per megawatt hour, far below the current 10-cent national average. Except during some cold wintry weeks, Plattsburgh does not even use all of its 104.5 megawatt allotment.

Now though, Bitcoin miners are demanding a hefty proportion of the city’s allotment. During January, Plattsburgh had to buy extra high-priced power when one mining group used close to 10% of what the city received. Naturally, local residents are complaining about soaring utility bills. For some, it cost an extra $100-$200.

In Plattsburgh, electricity is the underpriced commodity. Its low price creates the incentive for Bitcoin miners to use a disproportionally huge amount that raises everyone’s cost. Only when the miners pay more would their consumption decrease. An economist would call the remedy a Pigovian tax.

You can see below that a tax would make mining more expensive and thereby shift the supply curve upward: 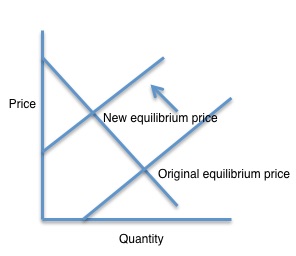 And yes, Plattsburgh is considering charging the miners more.

My sources and more: H/T to marginalrevolution for alerting me to the Plattsburgh story. From there a series of links, here, here, and here, provided more detail. I even found (though do not recommend a look) Plattsburgh’s rate structure that does vary for residential, commercial and industrial customers. Instead, do read this Bloomberg article for the bigger picture and the green connection.

Please note that several sentences in this post were previously published at econlife.

A 2018 Update: The World's Top and Bottom Laissez-Faire Countries