Why UPS and FedEx Have the Prisoners’ Dilemma

It’s time for UPS to plan for the holidays.

Requiring more trucks, trains, planes, and people, the holiday surge is expensive. So they announced a 27-cent surcharge for residential deliveries from November 19 to December 2 (includes Black Friday and Cyber Monday) and Dec 17 to Dec 23. Other extra charges include more for 2-day delivery, 3-day delivery and oversized packages.

Meanwhile, FedEx also shared their plans. Yes, they will add for odd shaped packages and very large shipments but decided against a general surcharge.

You can see the volume we are talking about: 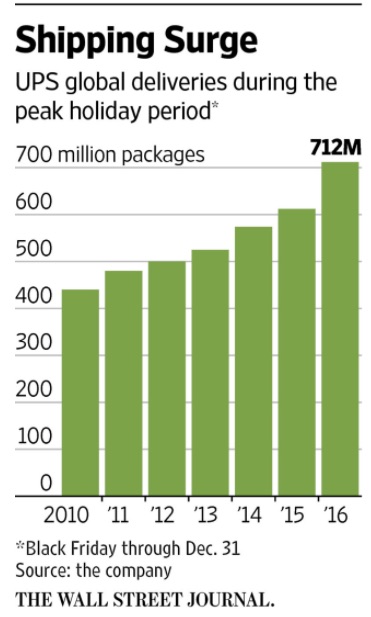 And the massive 14% to 15% annual growth rate for that holiday surge: 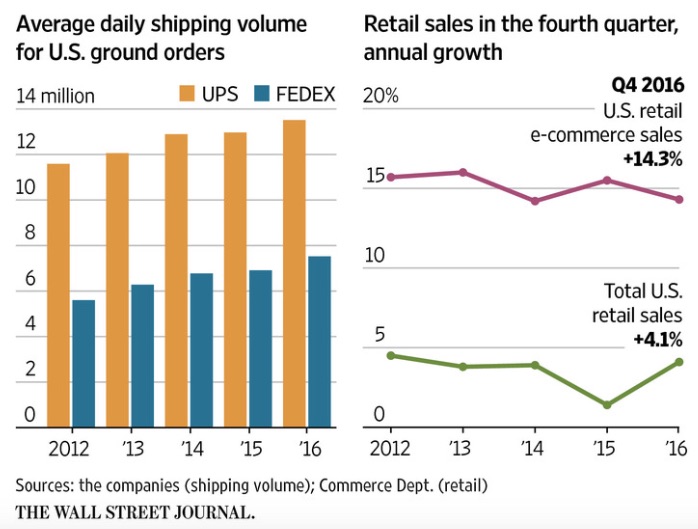 At this point we could say that two large and powerful firms independently determined their pricing strategy. But it was not quite that simple.

Our Bottom Line: The Prisoners’ Dilemma

UPS and FedEx had a problem. The success of each one’s pricing decision depends on what the other shipper decides. Citing game theory, an economist would say they have the prisoners’ dilemma.

Assume two burglary suspects have just been arrested. Interrogated separately at the police station, each one knows that the sentence depends on who confesses.

As you can see in the following diagram, if both confess, they each get three years. And if both don’t confess then the sentence is 6 months. However, denial could bring the longest jail time if the other person tells all:

Because oligopolies like UPS and FedEx have considerable market power, each one can determine a pricing strategy. However, like our prisoners, the outcome of the decision also depends on the other party:

They can charge high or low or nothing. They can use package size or volume or destination as criteria. But even with all of their market strength, UPS and FedEx worry about each other.

The reason is the prisoners’ dilemma.

My sources and more: For up-to-date UPS and FedEx facts, WSJ is a good starting point. Then, the possibilities are endless. Ranging from game theory and the prisoners’ dilemma to Nobel laureate John Nash to shipping facts, there are many choices.