However you look at it, STEM majors (science, technology, engineering, math), have an advantage. 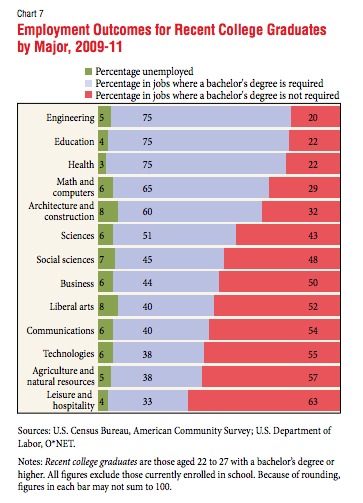 They get top pay: 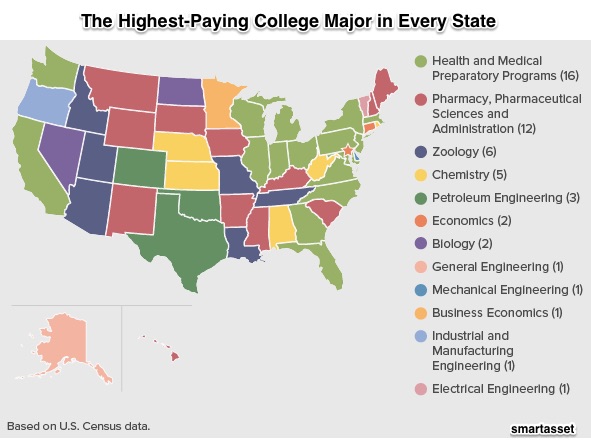 So yes, you might listen to the people who tell you to select a STEM major. But thinking of the cost, an economist might say the college could do better.

The Cost of a Major

To educate us, a college pays our professors. Also, their expenses include building construction and maintenance, student aid and services, the library, the administration. You can see their financial obligations extend far beyond the teachers.

And here is where it gets interesting.

From the college’s perspective, some majors are expensive and others are cheap. Using recent research, Quartz lets us see (below) that engineering and physical science are among the most costly majors. Meanwhile, colleges spend much less on students who focus on English, psychology and communications:

The Benefits of a Major

We know that most STEM majors provide the biggest payoff for students after they graduate. But what about the students who select other areas of concentration? After school they will earn less and during school, less is being spent on them. Should we care that colleges are spending less on them even though they could be paying the same tuition?

We could say that those who cost less and earn less later are subsidizing the more expensive courses of study.

Explaining taxation, economists say a regressive tax is one where the less affluent pay a greater proportion of their income than those with more. I wonder if the situation is similar for colleges when they shift tuition dollars from majors that cost less and generate less affluent graduates to those that cost more and earn more.

So yes, if you are after income and like engineering, STEM has a good return. But not necessarily for a college.

Alternatively, you could just agree with xkcd (#1052): 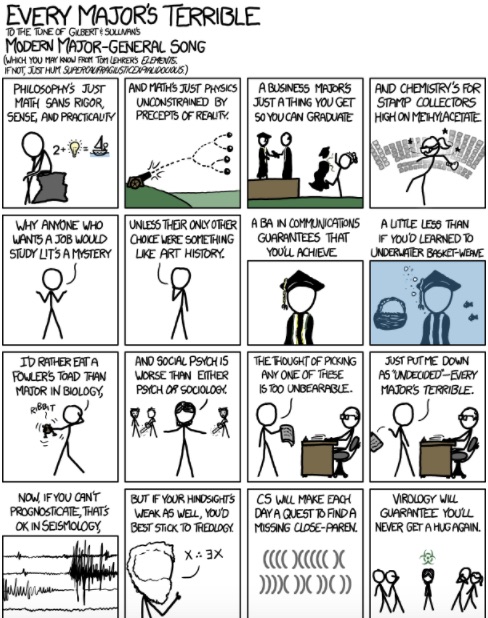 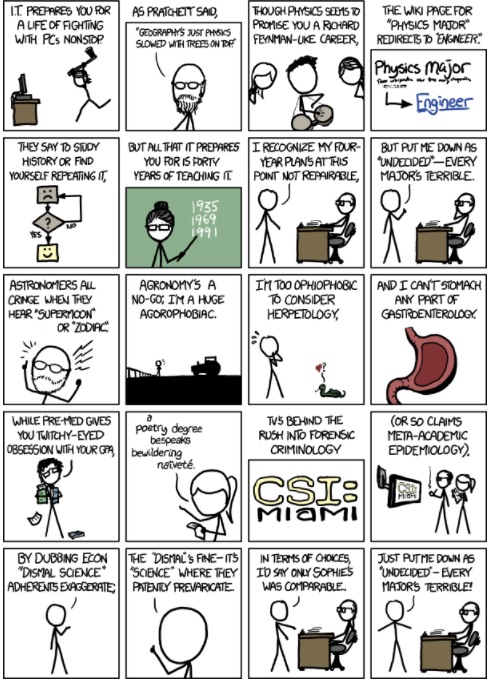 My sources and more: For all the details on the cost and benefit of different majors for students and colleges, this paper was ideal. But if you just want the summary, do go to Quartz. In addition, for some interesting facts, take a look at Smartasset.