A Tale of Two T-Shirts

These cotton t-shirts might look pretty similar. But their history is rather different.

Where are we going? To the travels of a local and a global t-shirt.

Where Your Clothing t-shirts are made in the U.S.A. They even will tell you precisely where. So, below, I followed the “dirt to shirt” path of a t-shirt that was made from North Carolina cotton. It traveled 462 miles: 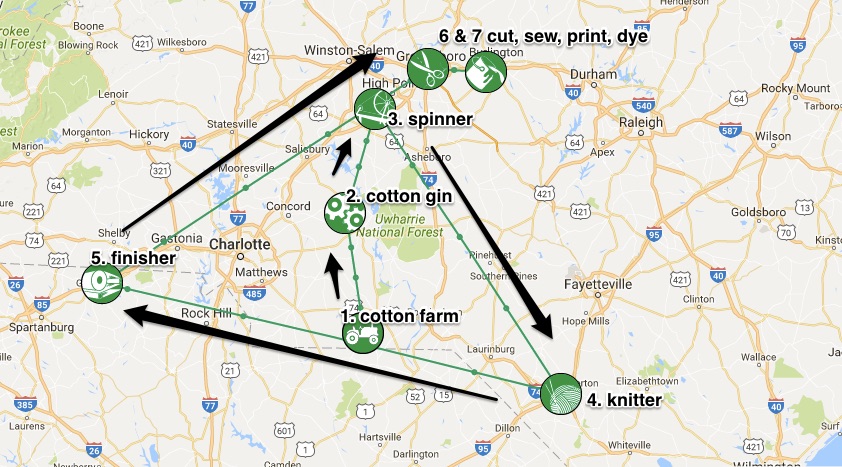 On this U.S. map, you can see where the Wadesboro cotton farm is located: 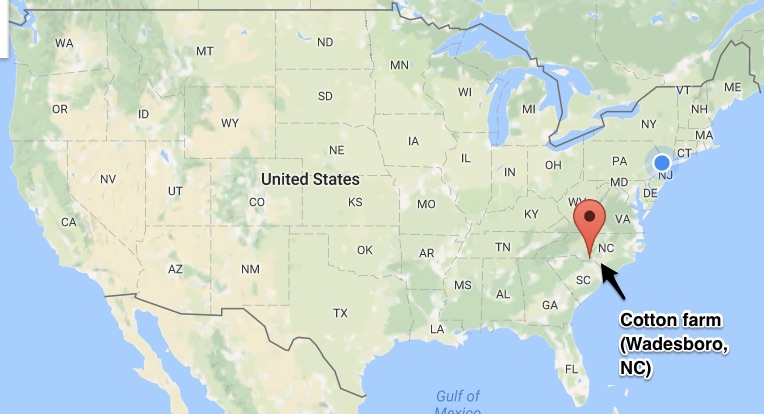 Meanwhile, a typical H&M (fast fashion) t-shirt could have traveled more than 15,000 miles. Although the following path moves from a Texas cotton farm to a Chinese mill, Vietnam, Turkey, India, and Mexico are other possibilities. 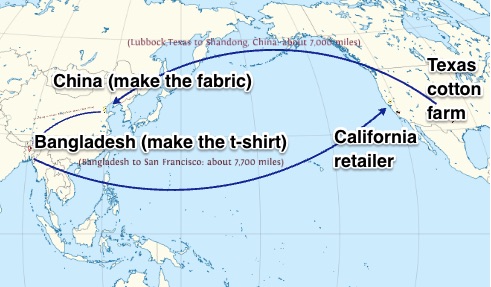 Seeing Made-in-America in the headlines, an economist would suggest looking closer at transport costs and comparative advantage.

Seemingly counterintuitive because of the mileage, global transport is inexpensive. In fact, it would have been cheaper to transport the global t-shirt around its supply chain than the domestic one. Moving one t-shirt in a massive big box container ship costs just pennies.

However, as North Carolina’s cotton growers and t-shirt makers would surely tell us, everyone does not necessarily benefit.

My sources and more: While Where Your Clothing illustrates their T-shirts’ supply chain, NPR’s Planet Money  and KQED were my media sources for the travels of a global T-shirt. Also though you might read The Travels of a T-Shirt in the Global Economy and listen to a fascinating podcast series on container ships.

The description of comparative advantage has been previously published in an econlife post.

How Affluence Relates to Pollution

Why Corporate Taxes Are Never Simple