What Matt Damon Can Teach Us About Chinese FDI

The Great Wall is a man beats monsters movie.

Set in medieval China, the film has Matt Damon stumbling upon China’s Great Wall just when they need him to conquer a horde of invading Tao Tei. From what I can tell (I only saw the trailer, below), China’s Great Wall is not quite enough to protect them. They also need Matt Damon.

The Hollywood Reporter calls The Great Wall the biggest Hollywood-China co-production ever.

Through its purchase of a controlling interest in Legendary Entertainment (makers of Jurassic Park), the Chinese property and media group Dalian Wanda co-produced The Great Wall. Dalian Wanda also owns AMC theaters. So, I checked to see where The Great Wall was playing in the U.S.

The Chinese have invested in almost every U.S. state. Since our GDP includes all goods and services produced domestically, those Chinese businesses contribute to our economic growth. They are also are just one link in a chain that illustrates the U.S.-China economic connection.

California, New York, Virginia and Texas top the list of the states with the largest Chinese foreign direct investments: 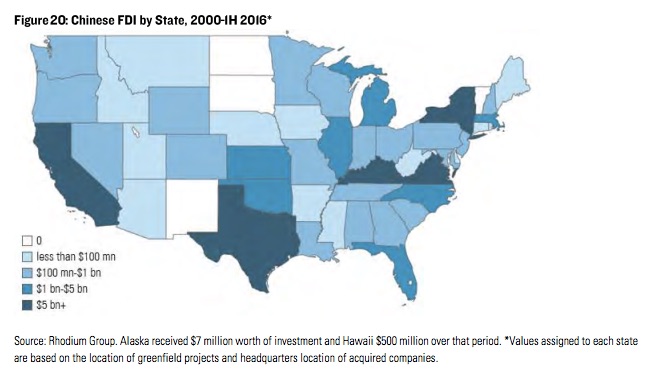 But the following table shows what FDI really brings to each state: 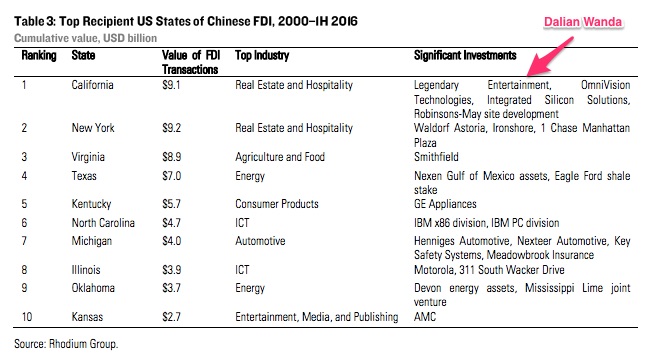 And, the trend has been up: 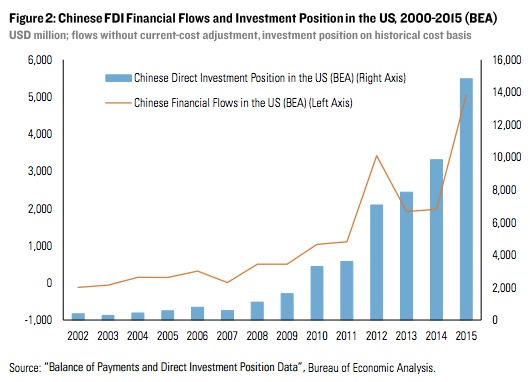 After Presidents Xi and Trump have dinner this evening at Mar-a-Lago, maybe they will watch The Great Wall.

My sources and more: Conveying the big picture, this Washington Post article has a series of charts that explain China. Next, focusing more specifically on FDI, this Rhodium Group  report was excellent. But to truly convey the essence of FDI, I recommend descriptions of The Great Wall in Slate, The Hollywood Reporter, and FT, here and here.

The Magic of the MetroCard

When It's Okay To Discriminate