Saying that The Sea was the theme, Norway’s central bank asked designers to submit their ideas for new banknotes. The bank selected images from two firms. They will start circulating during 2017.

Everyone was wowed by the winning entry from the Norwegian architecture firm Snøhetta. A pixellated design, the images form patterns that echo the sea and the Beaufort wind force scale. Because the wind builds as denominations grow larger, the 50 kroner note has “short, cubical shapes and long, tame waves” while their 1000 kroner note is about a stormy sea. Snøhetta’s images will be used for the bills’ backs. (All images are from Norway’s central bank.)

The fronts of the bills from the graphic design firm The Metric System were slightly more traditional. 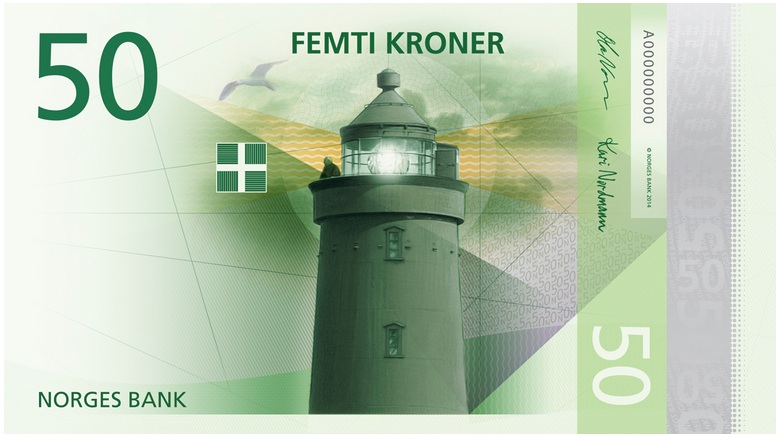 Thinking of U.S. currency, I am jealous.

We should keep in mind that currency is only one component of a country’s money supply. It also includes our demand deposits (checking accounts), savings accounts and other forms of money that we cannot place in a wallet.

From Vox, here are some other currency examples: