A Speedy Summary of Spending in the US Federal Budget

Right now, the Congress is supposedly debating the 2015 federal budget. Because the new fiscal year begins October 1, their deadline is September 30.
But not really.
1996 was the last time the House and Senate punctually approved all necessary appropriations bills. Instead, using an array of alternatives like continuing resolutions, the Congress has funded spending but not through a formally passed budget.
I’ve selected the following infographics from the Congressional Budget Office (CBO) to show why it is so tough for them to agree on the spending cuts that many of us believe are necessary.
First, what are the 4 big budget categories?

The biggest part of spending is mandatory. The law requires the Congress to spend those dollars–57% of the 2013 budget. And they do not even include the interest we have to pay on our debt and defense. 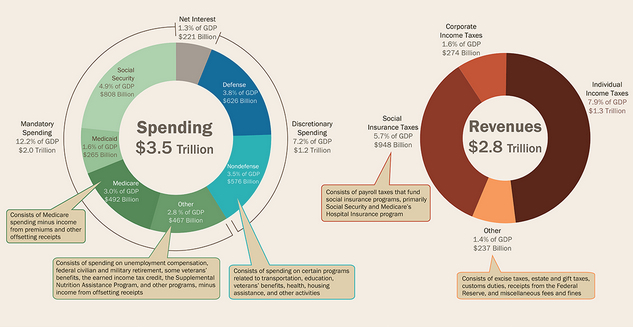 Below, you can see where our mandatory spending goes. Health…Social Security…the Military…Doesn’t it make sense that no one touches so large a part of the budget? 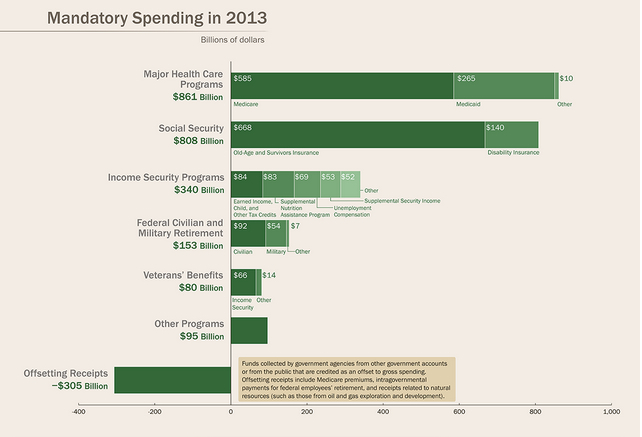 On the other hand, non-defense discretionary spending–a much smaller proportion of the budget–is easier to cut. 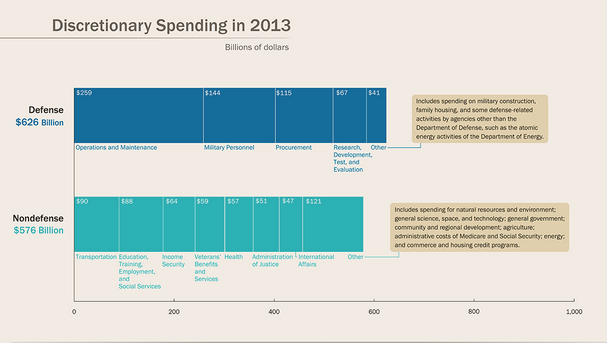 And that takes us to a debt–all that we owe– that is growing because the deficit–the yearly budgetary shortfall–has not been substantially sliced.
Sort of like comparing your income to your mortgage to decide whether you have borrowed too much, we can compare our GDP to the national deficit and debt.

Our bottom line: Told that they have cut spending, the Congress has achieved little success. Looking at the bigger budget picture, we can see that it is tough to cut spending because entitlements, defense, and interest on the debt compose most of the outlays.

Our Weekly Roundup: From Prop 8 to Alexander Hamilton

The Difference Between India's Stories and Statistics