Described as “Pastry Nirvana,” the cronut was introduced on May 10 at Dominique Ansel’s NYC Bakery in Soho. 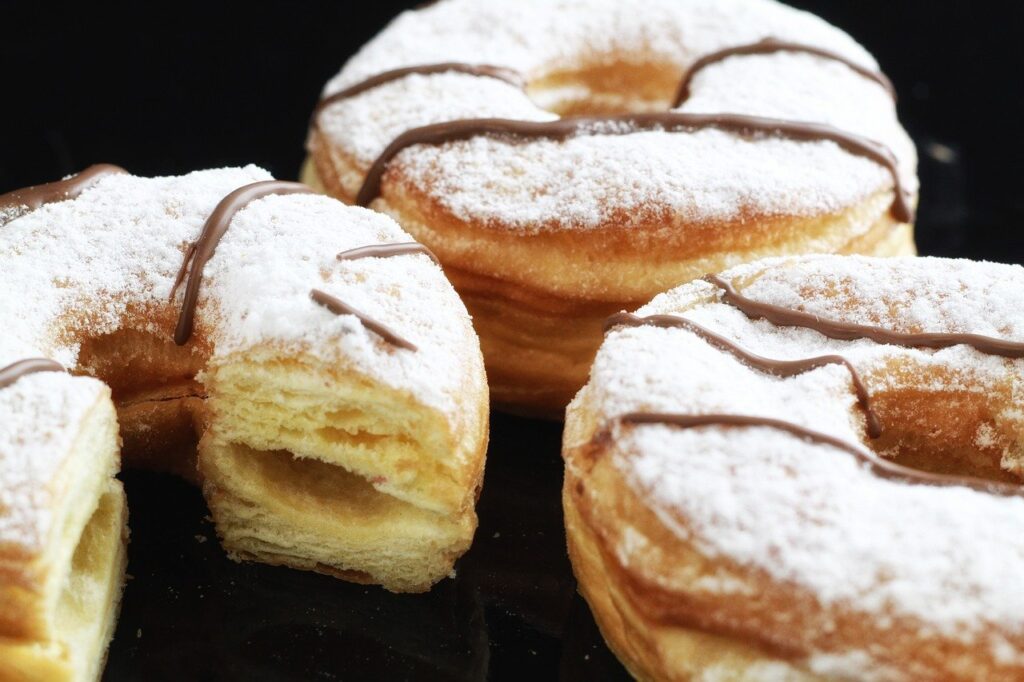 A cronut is a combination donut and croissant. Chef Ansel said nailing the recipe took experimentation with croissant dough, frying temperatures and fillings. During May, his cronuts had a rose glaze and Tahitian vanilla cream filling while for June, he has switched to lemon maple. Currently, only 200 are baked daily, the price is set at $5.00 apiece and he is the only one who sells them.

Thinking economically, you can guess what has happened to the cronut market.

A price ceiling, the $5 is preventing supply and demand from naturally determining where price belongs. The result? As with all ceilings, when price is not permitted to move up to equilibrium, we have a shortage: 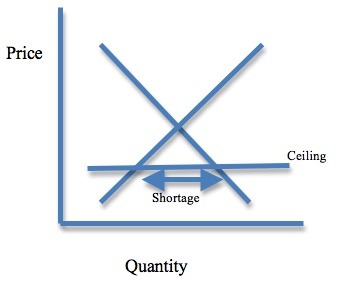 Once you have a shortage then people arrive early to get the limited supply. With the bakery opening at 8 a.m., the lines start to form at 6 a.m. I’ve read that the cronut supply runs out by 8:10, just 10 minutes after opening time. (Rumors indicate that Anderson Cooper was not able to get a special order and Hugh Jackman has stood in line.)

You also have rationing and a black market. With Chef Ansel cutting the maximum purchase from 6 to 3 cronuts, some people are resorting to Craigslist. Here are the Craigslist offers that probably reflect equilibrium price more accurately.

We could hypothesize here that economic tradeoffs entered the picture. Are you willing to sacrifice time or money? Your decision might determine whether you stand in line or participate in the cronut black market.

And finally, at the Bon Appetit blog, using the cronut as his inspiration, one food writer suggested other hybrids:

You can see Chef Ansel and his cronuts in this news interview:

Sources and Resources: NY food writers are having lots of fun writing about the cronut. This blog appears to have been one of the first to introduce the cronut, a NY Magazine article focused on whether the chef will expand beyond his shop. For more humor about food hybrids, this Bon Appetite blogger was wonderful.