Why We Should Try Not To Expect Inflation

When we expect inflation, we can create it.

Some of us feed inflation by increasing the demand for real estate that we expect will go up in value. Others, concerned some items will become more expensive, buy them now. As economists, we know that a rightward shift in a demand curve elevates an equilibrium price.

But also, we can look on the supply side. Below, an Axios journalist expressed how wages relate to an upward price climb: 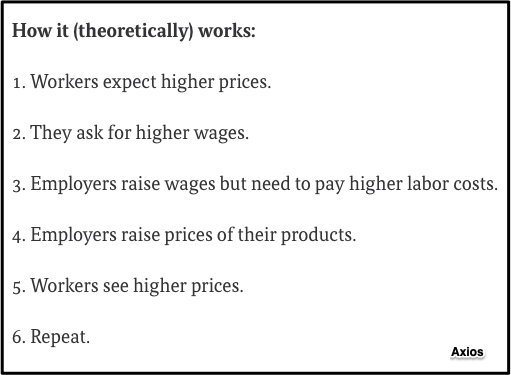 Called a self-fulfilling prophecy, our inflationary expectations are difficult to reverse. Combined with an economic slowdown during the late 1970s/early 1980s, they were even more daunting.

When GDP sinks and inflation increases, the stagflation that results is tough to cure. If monetary authorities target inflation with tight monetary policy, then interest rates go up and constrain GDP growth. On the other hand, by trying to boost the GDP with lower interest rates, inflation usually gets worse.

When the U.S. had the stagflation dilemma in 1979, the newly appointed Fed Chair, Paul Volcker, decided tight money was the answer. Selected by Jimmy Carter, Volcker wanted to send the message that inflation would be licked. Only then could he reverse an inflationary spiral in which labor wanted increasingly higher wages and businesses kept raising their prices.

The top of the inflation curve and dip in GDP display stagflation:

Showing admirable fortitude, even during the double dip recessions of 1980 and 1982, Volcker held steady. Sort of like a parent displaying “tough love,” he created lots of pain when he slowed the growth of the money supply and diminished economic activity. But it worked. After 1982, growth soared and inflation plateaued.

Volcker’s impact on interest rates was especially evident during December 1980. Hitting a peak, the prime was 21.5%: 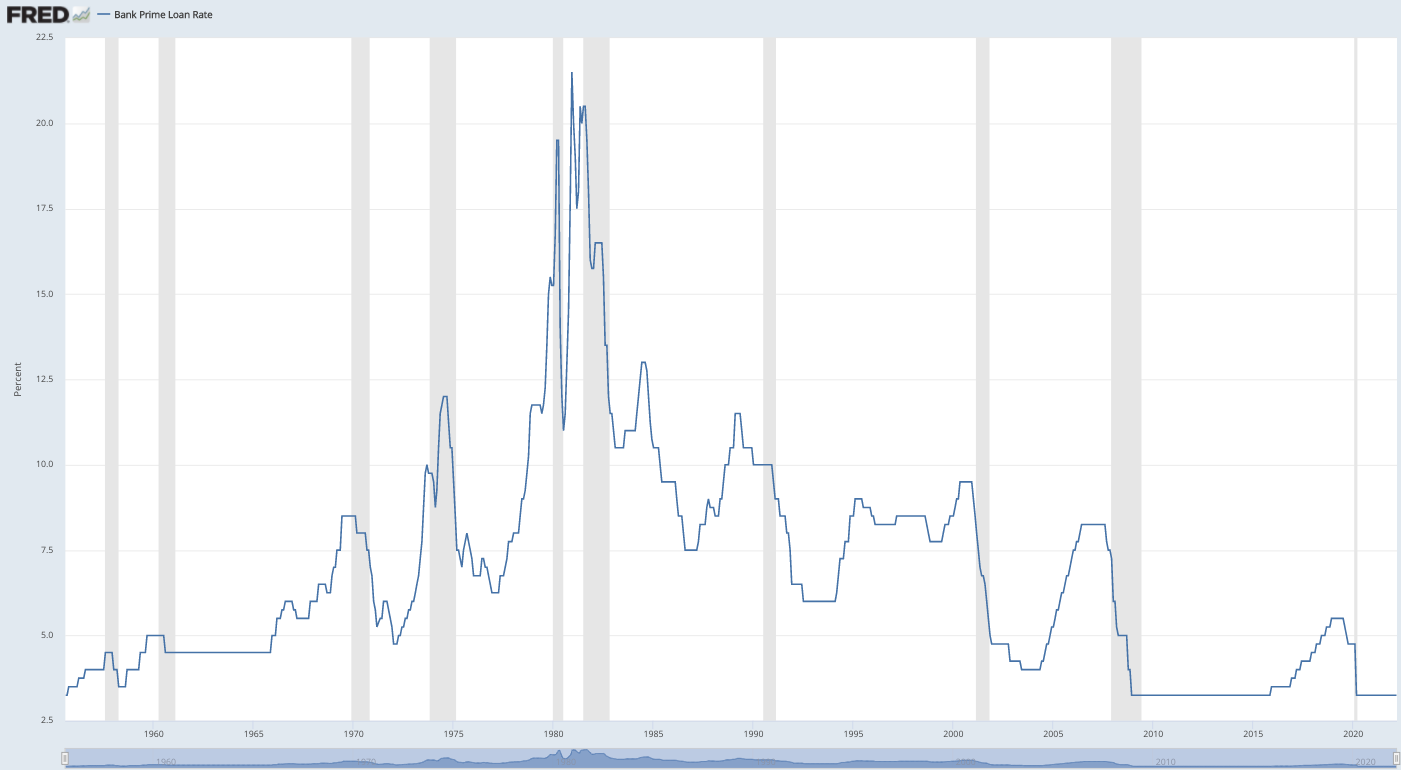 According to Brookings, we can follow inflation expectations in three ways:

You can see that you and I have rising inflation expectations: 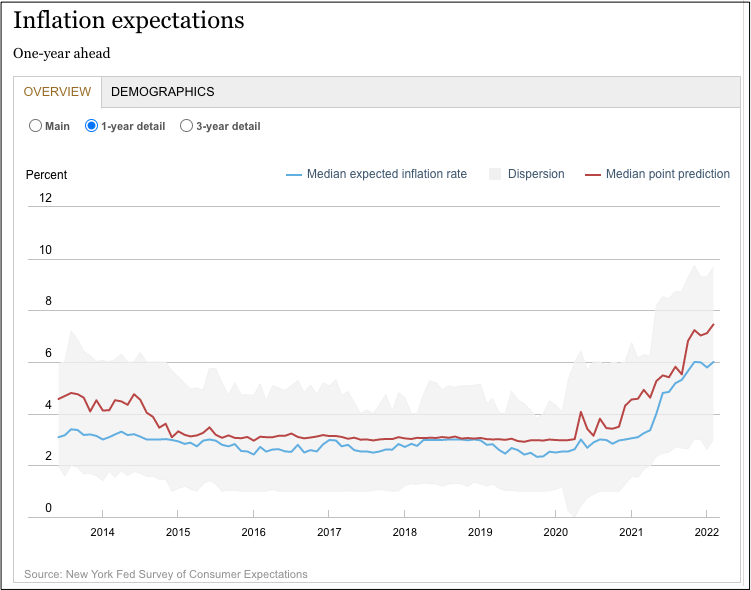 The numbers are far from 1979. Today, everyone is watching what the Fed will do to tether inflation and our expectations.

When Russian Humor and Cars Converged

Why March Madness Gender Equity Is More Than Swag Bags