Why An Elephant Should Be a Person

Happy’s spring and summer habitat at the Bronx Zoo includes a small pond with water lilies, trees, a path. Extending over an acre, it is cleaned frequently. As a female Asian elephant, each day, Happy consumes as much as 400 pounds of vegetation. Sixty percent of what went in, goes out.

Recently, Happy has been in court. Called an animal rights case, it also is economic.

As a baby, Happy left Thailand in 1970 (or so). Named after the seven dwarfs (Snow White), she and her six siblings went to safari parks. First in California, then Florida and Texas, she wound up at the Bronx Zoo.  At the zoo, during the warmer weather, she lives outside; when it’s cold, she moves to a smaller enclosure.

In the wild, elephants are social animals, They have a language, they nuzzle and play with their babies, and they cooperatively solve problems. In one experiment at the Bronx Zoo, a researcher proved that Happy recognized herself in a mirror. Associated with people, self-recognition connects to empathy. 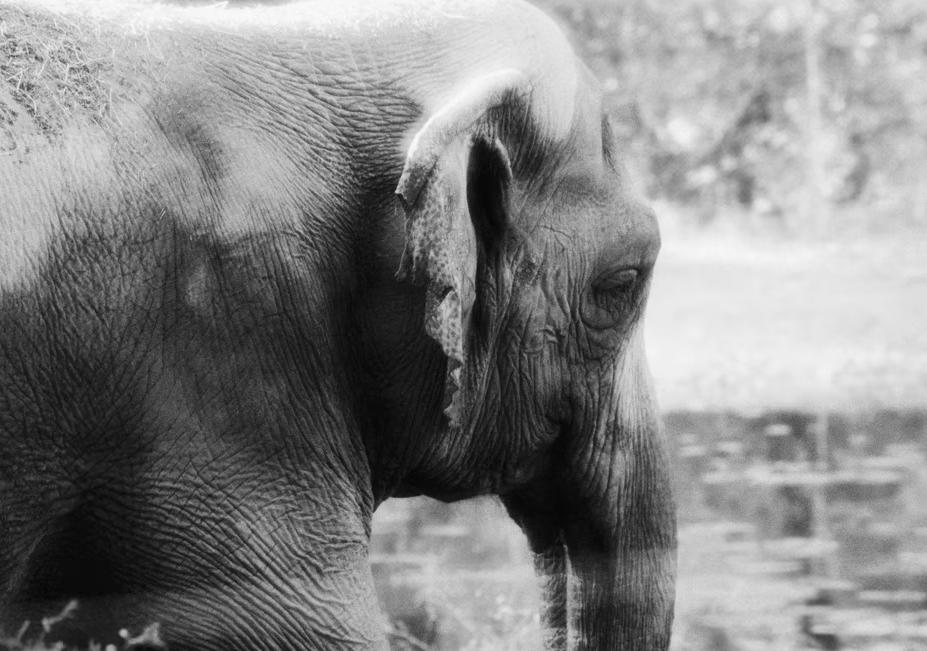 The NonHuman Rights Project told a New York court that Happy was being “unlawfully imprisoned in the Bronx Zoo.” They wanted the zoo to move her to a sanctuary. But first, the Court had to call her a “person.” In the eyes of the law, nonhumans can become people. Existing separately from its owners, a corporation is one example of a nonhuman that is legally a person. As a separate entity it has rights, obligations, and can be sued. With Happy, the Court can mandate a move only if she gets personhood. Otherwise, the Court will continue to group her with inanimate unprotected things.

At this point, taking the leap to animal rights and economics, we can point to California’s chicken cage requirements. Meanwhile, farm animals, as property are subject to the market. After an oil spill, corporations establish a value for the wild life they destroyed.

We also can go to utilitarianism.

Economics is about production and distribution. We could say that a finite amount of resources constrains production. But society determines distribution. It can decide who gets what and how much. And that takes us to Jeremy Bentham (1748-1832) and Utilitarianism. With distribution a solution, believers in utilitarianism.ask how to generate the most happiness for the greatest number of people. According to Jeremy Bentham, in addition to people, we also have to consider animals’ happiness and suffering.

Today, pondering how broadly to define utilitarianism, we have to decide if we include legal protection for Happy. Having been dismissed in 2020, the case now is being appealed.

My sources and more: I try to read all that Lawrence Wright writes. So, when the New Yorker published his animal rights article, “Elephant in the Courtroom,” I went straight to it. Then, happily (no pun intended) I discovered another favorite of mine. Jill Lepore also wrote about the Happy court case. Next, it was especially interesting to see firsthand, the Court documents, And finally, you can read more about utilitarianism at Econlib.

Why Gasoline Prices Rise Faster Than They Fall