Where the World Economy Is Moving

Tracing the history of global economic activity,  the McKinsey Global Institute winds up with a boomerang. In the year 1000 we start in Asia and the projection for 2025 is that we are heading there again.  You can see that, moving eastward, In 2000 the center was over the Arctic Ocean whereas it traveled to Northern Russia by 2010: 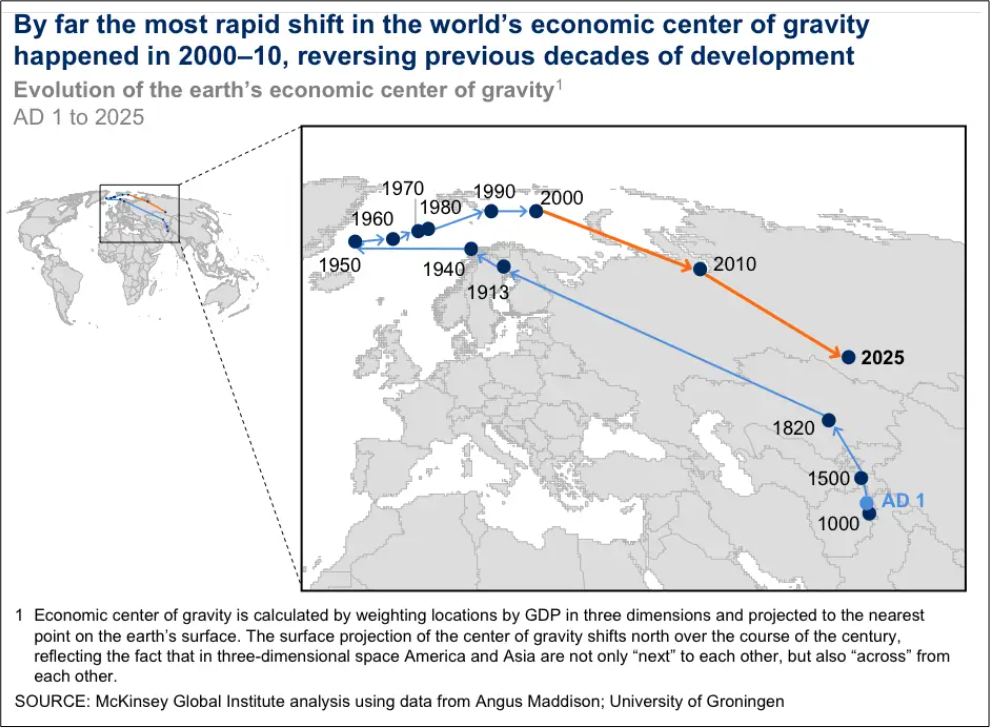 Now, 10 years after McKinsey published its graphic, we can say their crystal ball was pretty accurate.

We can start with now. You can see that the U.S. and China produce a large slice of the world’s GDP with the U.S. at 24.4 percent and China, 17.9 percent. Then, we have Japan’s 5.4 percent placing it in a distant third place while Germany’s 4.2 percent is the fourth slot: 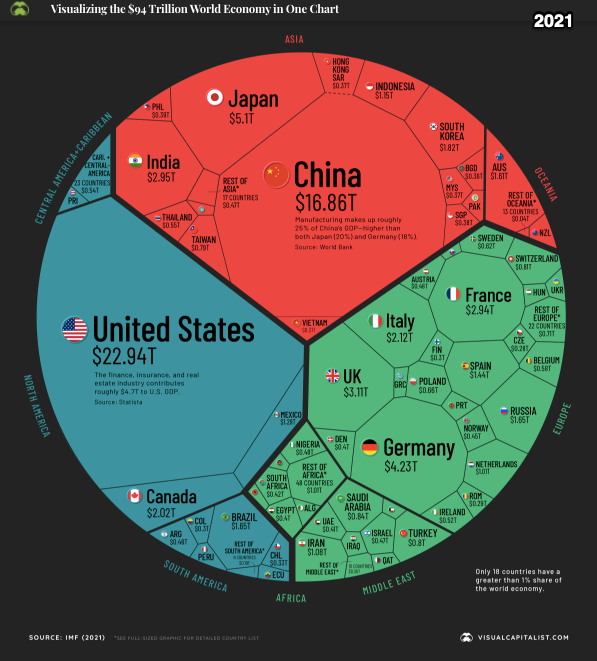 But looking back, as China’s share shrinks, the U.S. is increasingly dominant until, by 2008, we see a reversal:

However, it is not just China. When they discuss the ascendance of Asia in the global economy, Project Syndicate names four groups:

Our Bottom Line: The World Economy

Referring to the global economy, we just mean the GDP’s money value of the goods and services that are produced in one year. Then McKinsey and Project Syndicate take it a step further.  Saying they were focusing on trade, capital, talent, and innovation, they also cited the complementary character of Asia’s four groups. As the cost of production increased in one country, another, at a lesser stage of development took over. Among the 71 developing economies that McKinsey surveyed, 18 had robust economic growth.

So yes, we do have a tug eastward of the world’s economic center of gravity. But more precisely, do imagine the pre-Covid increase in literacy, the decline of poverty, and an ever more important consumer: 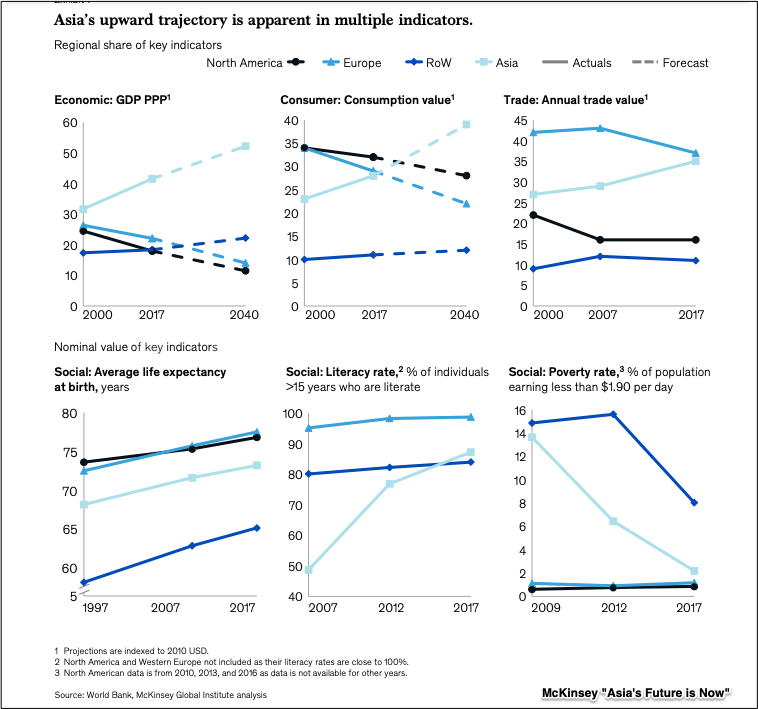 My sources and more: Vox reminded me it was time to return to the economic center of gravity. Still relevant, the McKinsey map from 2012 conveys the history. Then, this Project Syndicate paper and an updated McKinsey 2019 report explain how Asia is tugging the dots eastward. Also, as did I, you might enjoy more from The Visual Economist. But if you just want a riveting history of the world economy, do look at this Hans Rosling “horse race” of world development. I suggest starting at 2:41:

Please also note that we can never be sure about China’s statistical reports. (I added this caveat after publication.)

Why Congestion Pricing Is a Problem