A Land and Lobster War

At 6 ft. 7 1/2 inches, Barna “Tall Barney” Norton was tall. As legend tells it, he went to Machias Seal Island to avoid the Civil War.

The problem, though, is that he stayed.

Having remained on the island, Barney decided he owned it. In his will he passed it down to the next Barna. In addition to Barney, the U.S. and Canada both say they own the island.

Until he died in 2004, Barna Norton said the island had been deeded to him by his namesake: 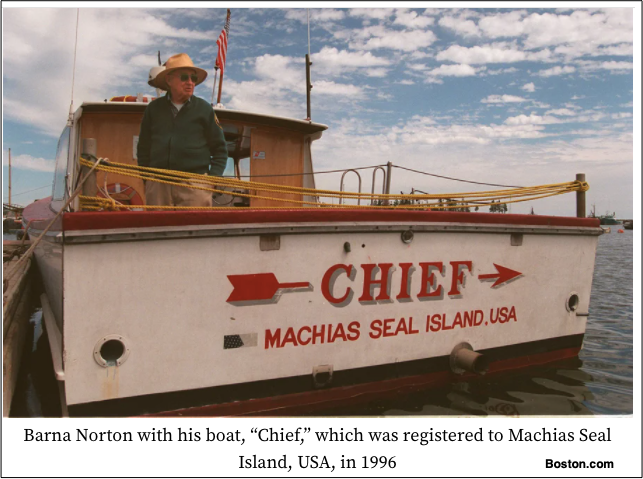 Just 20 acres, Machias Seal Island is tiny, flat, treeless, People visit to see the puffins, the terns, and the razor bills. During the summer, 30 visitors a day are permitted–15 from the U.S. and 15 from Canada.

The island sits 10 miles off the Maine coast and 12 miles from Grand Manan Island, the closest point in Canada: 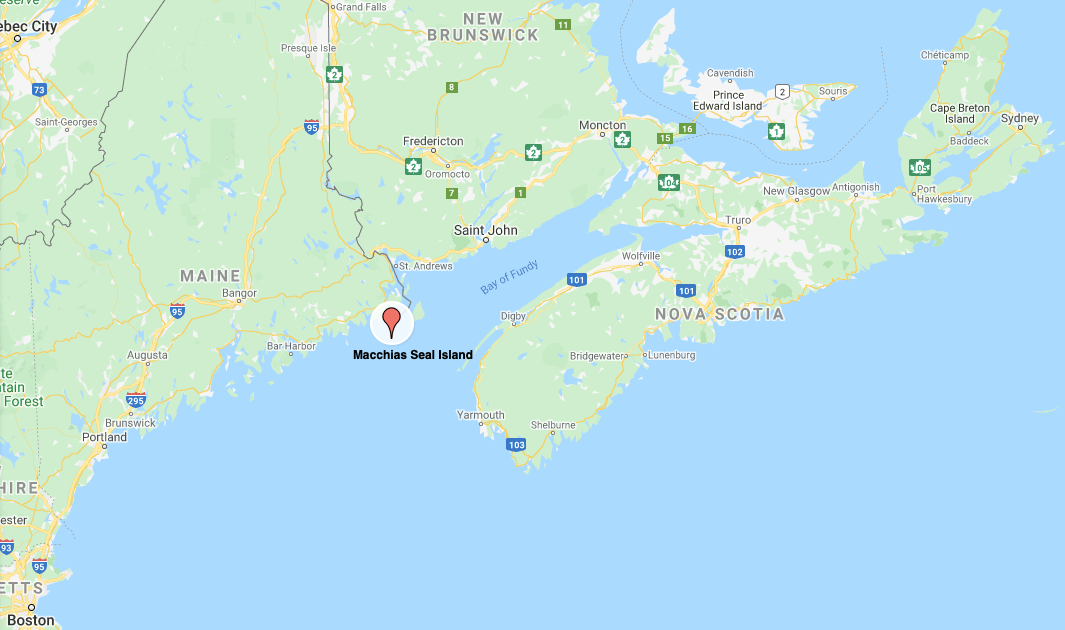 At the end of the Revolutionary War, in 1783, the Treaty of Paris gave the U.S. possession of all land within approximately 70 miles of the shore. However, Canada reminds us that the same treaty said any islands that were a part of Nova Scotia remained with Canada. Nova Scotia claims Machias Island. The glitch? No paperwork precisely confirms all of this.

At this point we should ask why it all matters. After all, Machias Island has been called a treeless dump. The reason is the lobsters. Called the Gray Zone, the waters around Machias Seal Island could be the world’s richest lobster fishing area. So each country wants jurisdiction.

Through our economic lens, we see that the United States and Canada both have market based economies that depend on clear and secure property rights. Problems surface though when those rules differ. Canada, for example, prohibits summer fishing at precisely the same time that U.S. lobster season hits a high. Complaining to their government, Canadian fishermen (and women) secured a Gray Zone lobster fishing exemption in 2002 or so. On the other hand, the U.S. fishermen feel they are unfairly limited by regulations that cap the size of lobsters they can keep.

The CBC cited some of the differences:

To all of this we can add climate change…but in a good way. The warmer waters brought more lobsters. Also though, they brought more clashes. With the Canadians and Americans fishing at the same time, the competition has sometimes become violent. There were Canadian patrol boats, U.S. Border Control, and escalating disagreements in the 277 square mile Gray Zone.

All of this returns us to our post on Mine and what creates ownership. The Canadians say it’s the lighthouse they built in 1832 and the two people who live there. The U.S. disagrees. Whether on the island or off of it, for now no one can say whose law applies.

My sources and more: Thanks to 99% Invisible. not only did their podcast make my daily walk enjoyable but also I learned about Machias Seal Island. From there, more of the story was in Boston.com and it was nice to see the Canadian perspective through the CBC.  And lastly, for even more obscure facts, I discovered Gray Zone details here and a Barna Norton obituary here. Together, all form a fascinating multi-century tale.

The Best and Worst Cities For Working Women