Why Taxes Are About More Than Money

In the U.K., behavioral economists were asked how to increase tax revenue from households that did not pay what they owed. They got some answers by sending several versions of a letter to more than 200,000 people. In one version, they let recipients know that tax dollars funded transport, schools, and healthcare. In other letters, they said that 9 out of 10 households paid their taxes. The letter, though, that had the most success emphasized the shared belied that paying taxes was the right thing to do.

In the U.S., the IRS (Internal Revenue Service) might need those letters.

Between 2008 and 2017, IRS funding decreased by 12 percent (in inflation adjusted numbers) while the agency’s employee count went down by 15 percent. Then, although their antiquated computers were not replaced, the IRS was given new responsibilities that related to the Affordable Care Act, the 2017 Tax Act, and pandemic support payments.

One result is an income tax gap. Defined as the tax dollars that are due and not paid, the tax gap has been projected to have equaled as much as $600 billion–75 percent of the 2018 deficit. Based on data between 2008 and 2010, 16 percent of owed taxes are not collected.

Below you can see the groups that underpay: 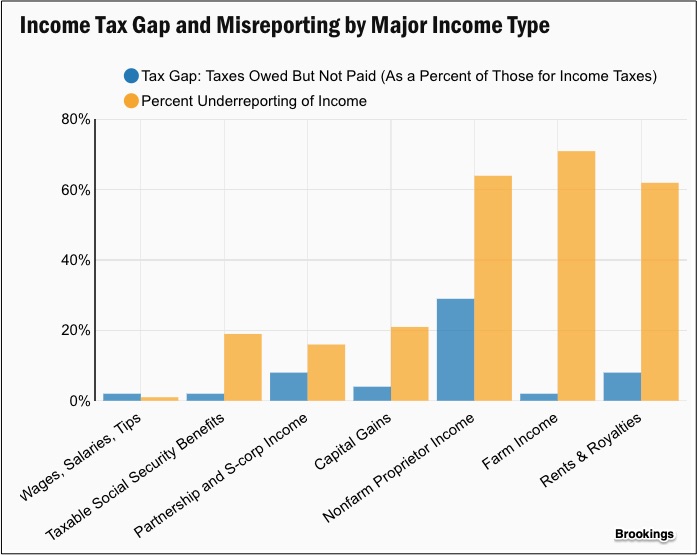 And that audit revenue is down:

If it is poorly structured and untrusted, a tax code can distort economic decisions. But when the system has the appropriate incentives and raises sufficient revenue, it supports economic growth.

In its International Tax Competitive Index, the Tax Foundation tells us which countries have the best tax systems. Below, I copied the top 10 and the criteria used to judge them. In a list of 36, the U.S. is #21, the U.K., #22, and Italy is last:

Returning to the behavioral economists that helped the U.K., to the IRS, and to the Tax Foundation, we can say that taxes are about more than money when they depend on social norms.

My sources and more; The NBER Digest is always a handy resource. Having just read about IRS problems here and here, this Digest article from 2014 was the ideal complement. Then, the Tax Foundation completed the picture.

The Downside of Choosing a Top College