A Goldilocks Look at the U.S. Debt

Similarly, when countries borrow money, we can use their wealth to decide if they are borrowing beyond their means. An economist would say that we are looking at their debt-to-GDP ratio.

As the dollar value of the goods and services produced by the U.S. in a year, the GDP is a yardstick of U.S. wealth. Through its components, President Biden’s spending package is supposed to boost the GDP.

Below, we have one estimate of its impact: 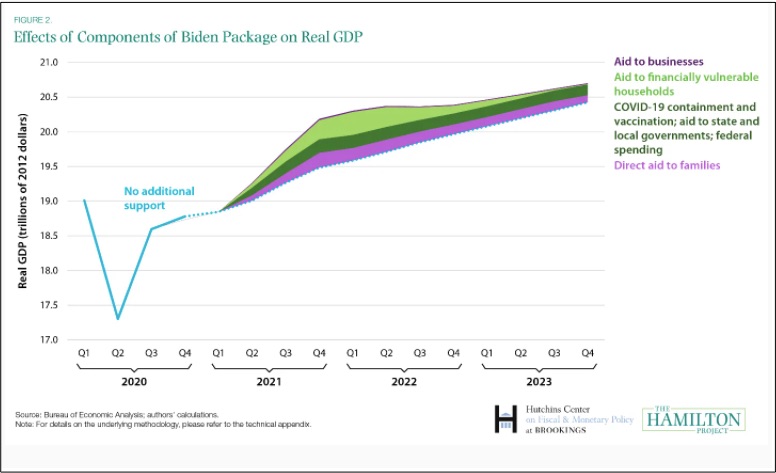 As a result, we could say that Biden spending will narrow the output gap by moving the U.S. GDP closer to its potential: 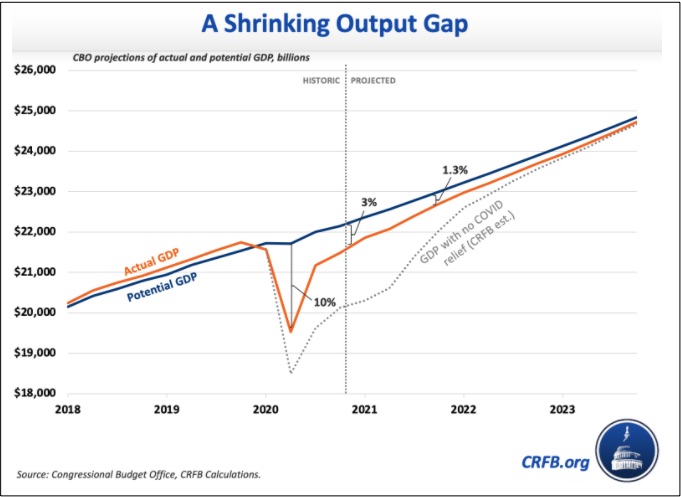 The tradeoff, though, is huge borrowing. Just passed by the U.S. House of Representatives, the Biden proposal (American Rescue Plan Act) totals $1.9 trillion. If approved by the Senate, the Rescue Plan will be added to the $2.3 trillion 2020 CARES Act.

The result is a soaring debt-to-GDP ratio: 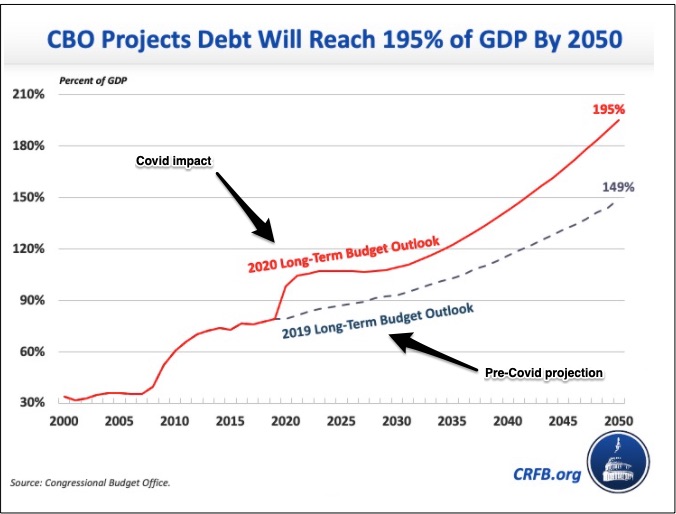 Because of the coronavirus pandemic, other countries also have a rising debt-to-GDP ratio: 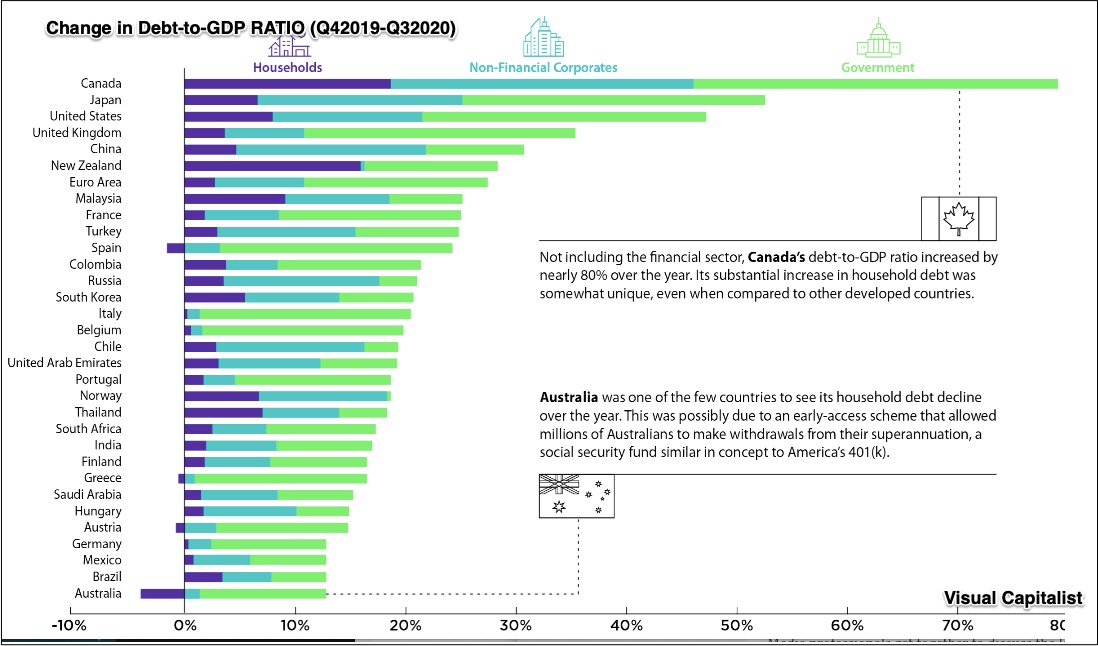 Our Bottom Line: Debt and Goldilocks

So yes, the world is doing some big borrowing. Looking back, you can see that OECD countries’ debt-to-GDP ratio took a small leap between 2008 and 2013, then stabilized, and now is rising again: 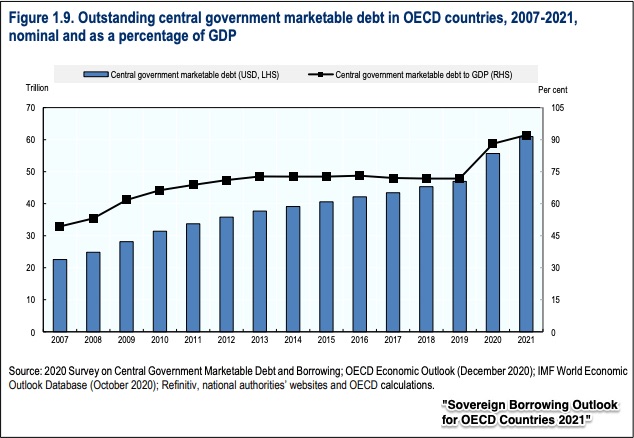 More precisely, we have Japan and Spain with the largest debt-to-GDP ratio increases whereas Sweden and Switzerland are actually in negative territory: 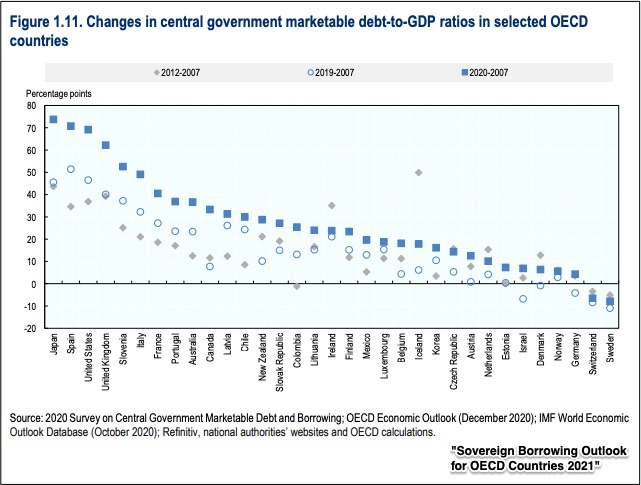 Those numbers, however, are only the first step in deciding if a debt is excessive. We also need to ask if the country is developed or developing, growing or stagnant. Predictably, a developed nation and one that is growing can accommodate a higher ratio. Also, it is helpful to know a nation’s default history and the strength of its political institutions.

Where does that leave us? Rising debt-to-GDP ratios show the impact of Covid-19. But, one number will not say if borrowing is too high, too low, or just right.

My sources and more: This Brookings paper and the CRFB website had the analysis and the U.S. numbers. Then, for the world, a  2021 OECD Report was ideal while this Bloomberg Opinion article said the debt-to-GDP equation was all wrong. And finally, this econlife post could be helpful.