Deciding if We Are in a “She-Cession”

In our pre-pandemic 2019 world, the number of service sector jobs that attracted women went up. Meanwhile, male-dominated sectors except for construction had fewer jobs: 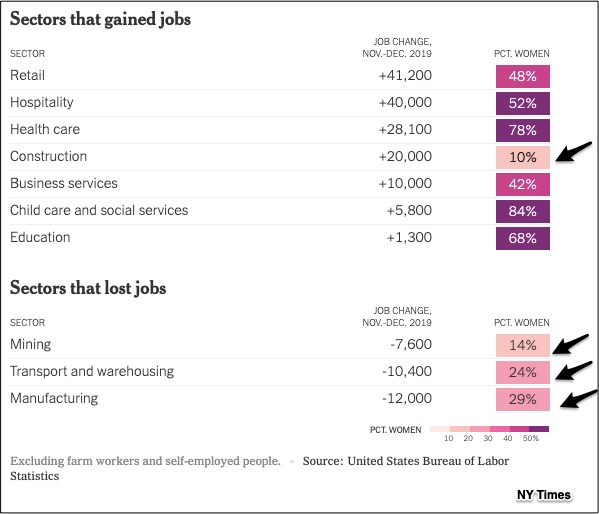 Jumping ahead a year, all has changed.

Now, the problem is unemployment in the service sector. Expanding the pandemic gender gap, men have returned to the top spot.

If we had continued this graph to February 2021, the share-of-women line would have dropped to 49.8 percent: 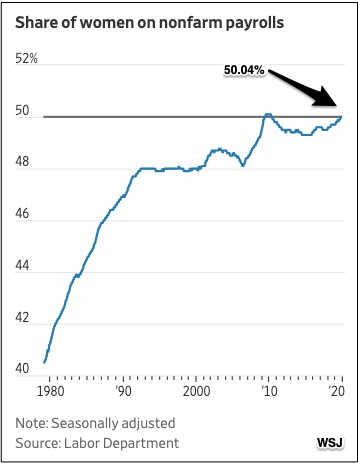 By looking at mothers, we can see one reason that women are no longer the majority of the U.S. labor force.

Last April, the numbers of actively working mothers did a 22 percent dive from the previous year. A bit less, the dip for fathers was 15.5 percent. Now though, the decline has become equal at 7 percent as moms and dads returned to their jobs. 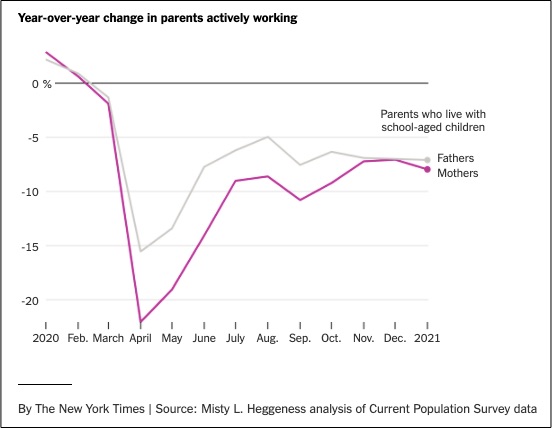 Still though, the pandemic gender gap grew. You can see that more women than men–especially Black women with children– dropped out of the labor force:

Further compounding the hit to women, this McKinsey survey shows what the future might bring: 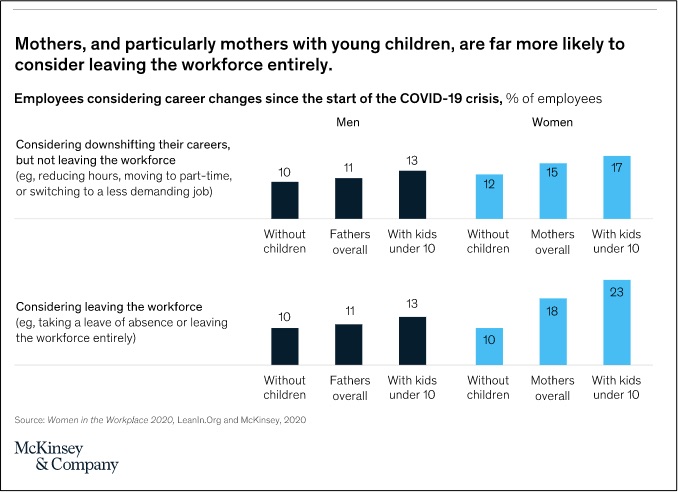 To be counted as a part of the U.S. labor force. you have to be 16 or older and employed or looking for a job  As a result, some headline statistics can be misleading. In the fraction that determines the unemployment rate, for example, we have the number of people who are in the labor force looking for a job divided by the labor force. Consequently, everyone who has dropped out, like a mom who has to stay home with her children, is not counted as unemployed. 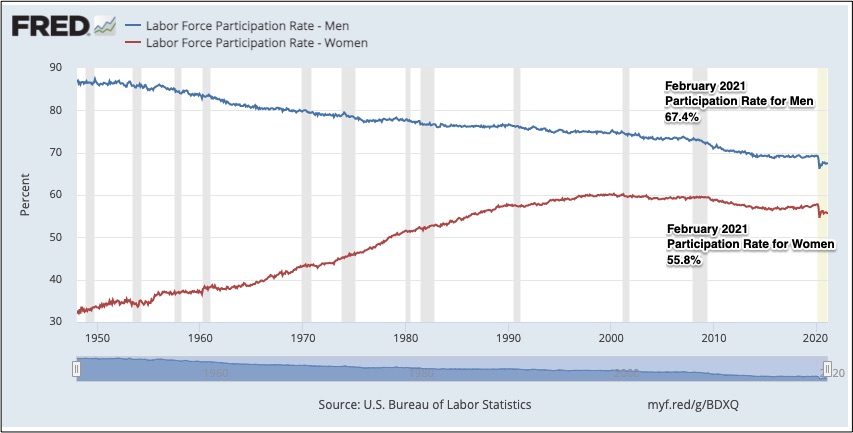 So, looking closely, yes, we see a she-cession.

My sources and more: Clare Cain Miller had another update on the pandemic and women as did WSJ, here and here. Then, in a 2020 Upshot column, Miller provided our background as did this Mark Perry Carpe Diem blog. Next, I checked the 2020 BLS report for even more of the 2019 statistics and FRED always comes in handy. And after all of that I discovered more from the Dallas Fed and McKinsey.

Where We Have the Best Work-Life Balance

Where An Online Collectible is Worth $69 Million