Why The Gas Tax Could Disappear

Assume (when our lives return to normal) that you drove two miles to Starbucks, then 10 miles to work, and after that you went home. But later, needing gas and food, you once again used your car.

Should you pay a VMT tax?

Every time we pay for a tank of gas, 18.4 cents goes to the federal government for our highways and mass transit. Now though, cars are more fuel efficient, we are buying hybrids and EVs, and because of Covid, we are driving less. Consequently, gas tax revenue will has been shrinking: 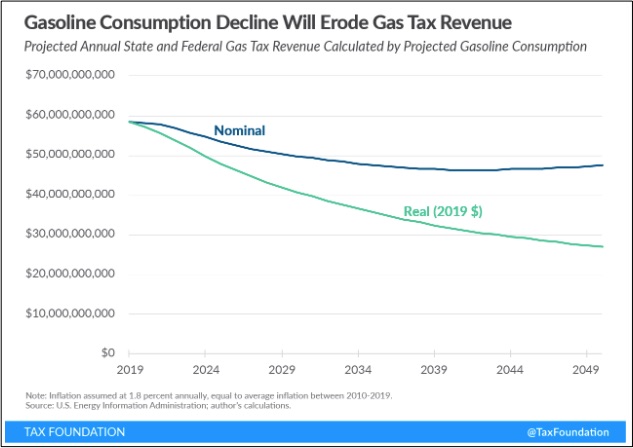 Furthermore, because the federal gas tax has not changed since 1993, year after year, inflation has sliced its spending power: 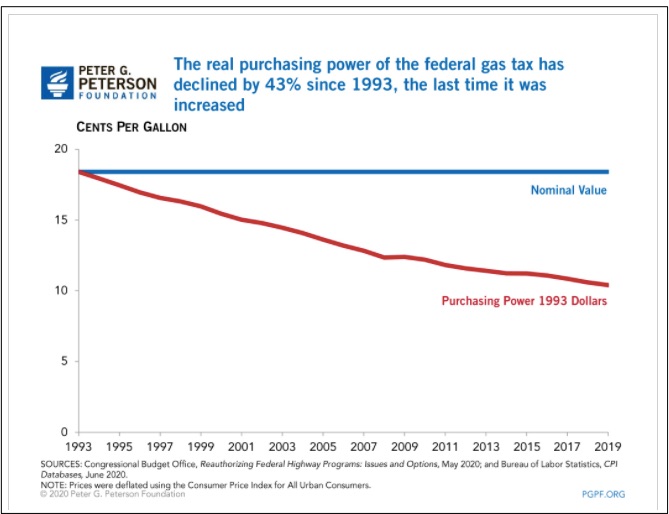 In addition, ranging from California’s high of 63.47 cents to Alaska’s low of 13.77 cents, states also depend on gasoline revenue: 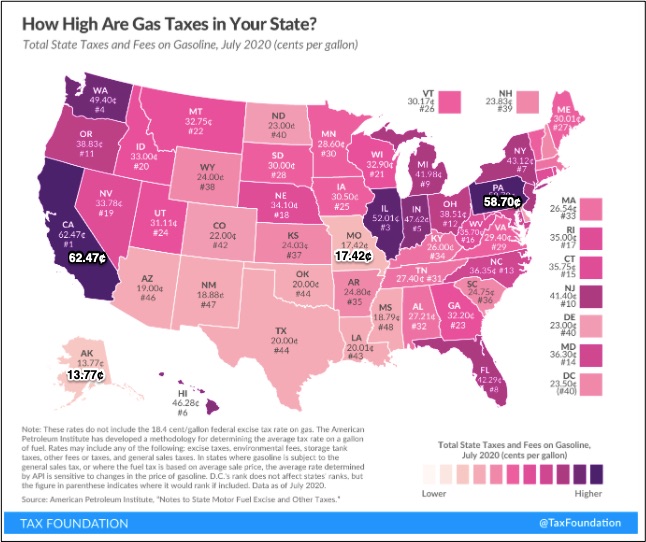 Together, the federal government and states use that gasoline tax revenue to support our highways: 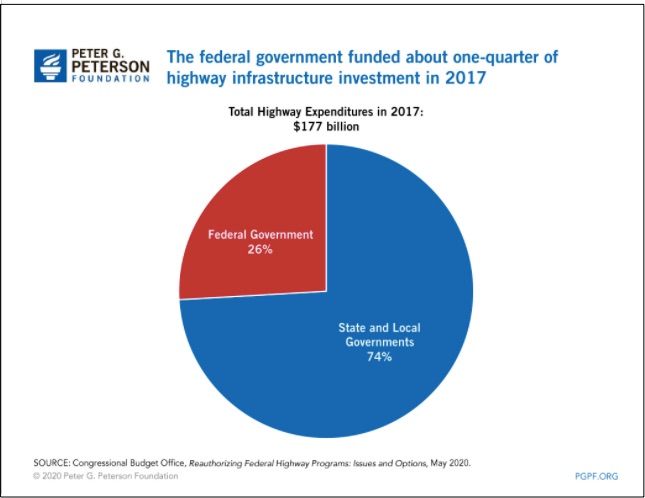 Our Bottom Line: The VMT Tax

All of this takes us on a path straight to a troubled Highway Trust Fund. As the recipient of federal gas tax dollars, the Highway Trust Fund is responsible for building and maintaining our interstate highways and bridges. In addition, its Mass Transit Account is supposed to allocate funds to buses, railways, and other public mass transit. You can see below that the Highway Trust Fund will soon run out of money: 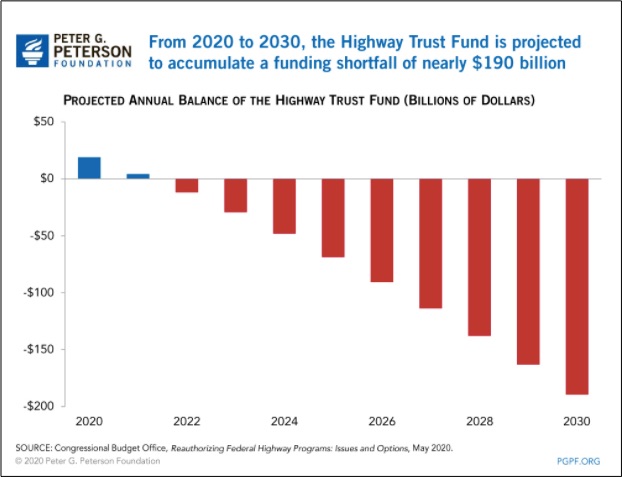 Thinking of federal and state spending, we need to decide if, instead of gas revenue, we should implement a VMT. It would mean that for each mile that we drive, we pay a tax. One possibility is a U.S. House of Representatives pilot program in which we would pay nine tenths of a cent for each mile. For example, if you drove annually, 12,000 miles and got 22 miles per gallon, then the VMT tax would be $105.60. (Instead, with a gas tax, 545 gallons at 18 cents a gallon would have totaled $100.36.)

You can see there is lots to think about. The issues include selecting a tracking method, a tax rate, and deciding if privacy is a big problem: 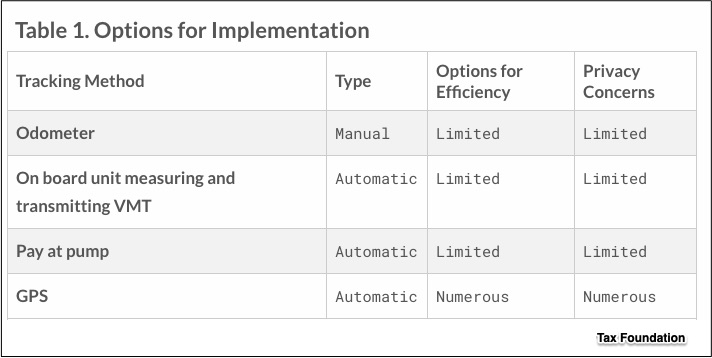 The one sure thing is that gasoline tax revenue will go down.

My sources and more: For the up-to-date status of the VMT tax, do take a look at The Washington Post. Then, the financials are detailed at Peter Peterson and the Tax Foundation as is an Oregon VMT experiment at NPR. Finally, if you still want more, The FAST Act completes the picture.

Our Weekly Economic News Roundup: From TikTok to Temperature