All You Could Want To Know About N95 Mask Economics

Before considering our surgical respirator supply, for some smiles, let’s look at xkcd’s mask effectiveness ranking: 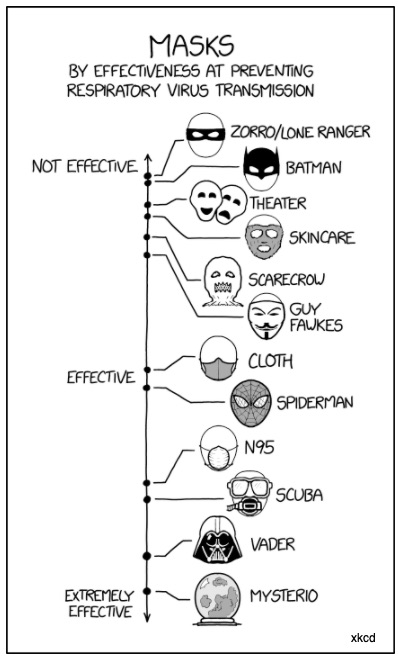 In this Colorado COVID Essentials store, there are many face masks:

However, the tougher ones to manufacture are the surgical respirators we call N95s. This could give you a slight idea of what it takes to make one:

One word to remember is melt-blown. In Step 2 (Processed Inputs 1), the N95s get fabric layers that include a filter made with fibers that are 1/50th the width of a human hair. They undergo a melt-blown process that requires plastic pellets made from oil. Requiring “hoppers, extruders, and melt spinning systems,” an expensive process creates a dense mesh that captures tiny virus droplets. It has been called a potential bottleneck in the supply chain.

Below, you can see a magnified look at the fiber network: 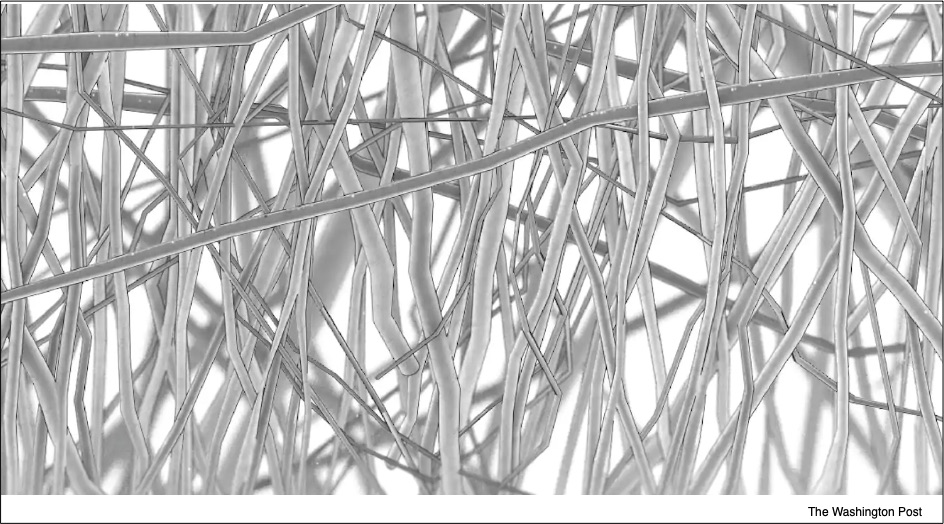 The respirator shortages come from a slew of directions. In the U.S., pre-COVID, we had five producers making 42 million N95s a month. Because medical personnel expected to discard the mask after wearing it with one patient, a nurse could throw out 12 a day. Now, there are an estimated 11 U.S. producers making 168 million surgical respirators a month and no one (I assume) is using one per patient. But you can see (below) that the FDA still expects shortages.The reasons include the manufacturers that say millions invested in new equipment, space, and labor will be unnecessary in a post-COVID world. Although they currently have orders from governments and medical suppliers, there are no future guarantees. In addition, globally, cooperation has been problematic since countries worry that they need their own supply.

So yes, surgical respirators are on the FDA shortage list:

To remedy the shortages, re-use and rationing are solutions. In an August survey of 21,500 nurses, 68 percent said they were still required to reuse N95s. At the same time, some hospitals have a special request regimen to ration their stock of N95 respirators.

Our Bottom Line: Command or the Market

At this point, an economist could suggest that the real remedy relates to economic systems.

In Econ 101, we say that the three basic economic systems are the market, command, and tradition. In their own way, the different systems decide what goods and services to produce, how to produce them, and who gets the income. Based on supply and demand, the market works from the bottom up. Its answers come from the millions of consumers and businesses that make each other happy. Meanwhile, command economies function from the top down. They typically have government committees making the production and distribution decisions. (For today, we need not look at traditional economic systems.)

Most contemporary economies are mixtures of the market and command. Those mixtures though vary considerably. Through the Index of Economic Freedom, you can see an economic freedom ranking sequence of 180 countries that starts with Singapore and ends with North Korea, In that list, the U.S. is #17.

Now, thinking of surgical respirator N95 masks, we can ask whether we want the market or a government mandate to dominate production decisions. During a Congressional hearing, lawmakers were told that we needed 140 million during a 90-day peak use period.

As someone who usually respects the power of the market, for N95s, I believe much more government, extending nationally, would be appropriate.

My sources and more: Today’s post originated when xkcd took me to a face mask cartoon. I knew then what today’s post would be. From there, the possibilities multiplied. They included The Washington Post, here and here, PBS, and the OECD.  Meanwhile, the FDA listed a device shortage list that is further described here. Please note that the dates of today’s sources range from last month to the beginning of the year. While I hope they remain precisely valid, what they convey is timeless.