The Rise of SkyWalker has been called the most diverse Star Wars:

At USC, the Annenberg School’s “Inclusion Initiative” keeps us up-to-date on diversity in movies. Through a lens that sees gender, race/ethnicity, LGBTQ, and disability, they look at the stars, supporting actors, directors, and critics for top films.

Below you can see that (rather small) numbers for UR (underrepresented) leads and co-leads have trended upward. From 2018 to 2019, they rose by four. Meanwhile, between 2007 and 2019, 17 percent of the top 1300 films had stars that reflected diversity:

We can also compare distributors’ global revenue to the amounts generated by UR leads and co-leads. Do note that while we are talking about just two films with underrepresented racial/ethnic leads/co-leads, Disney’s revenue was massive: 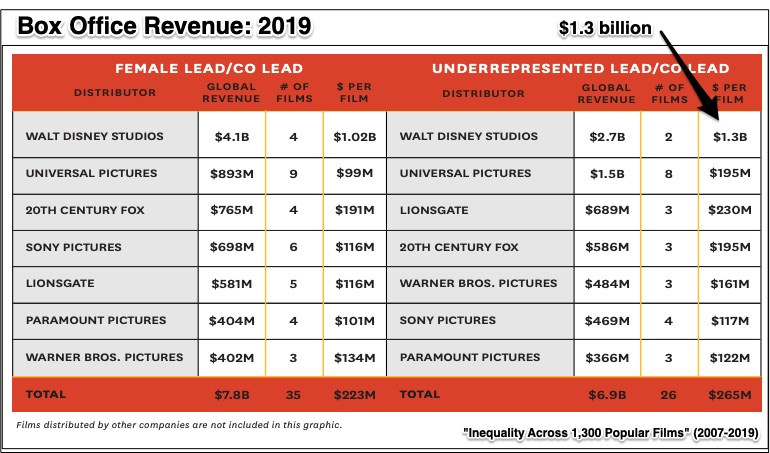 Comparing the critical reviews of films, the best reviews were for UR female directors: 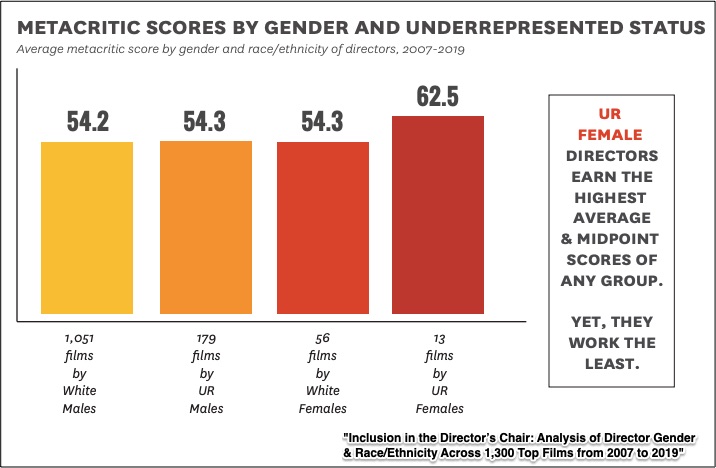 However, the number of UR female directors has been egregiously minimal:

The numbers get even smaller when we look at UR LGBT characters: 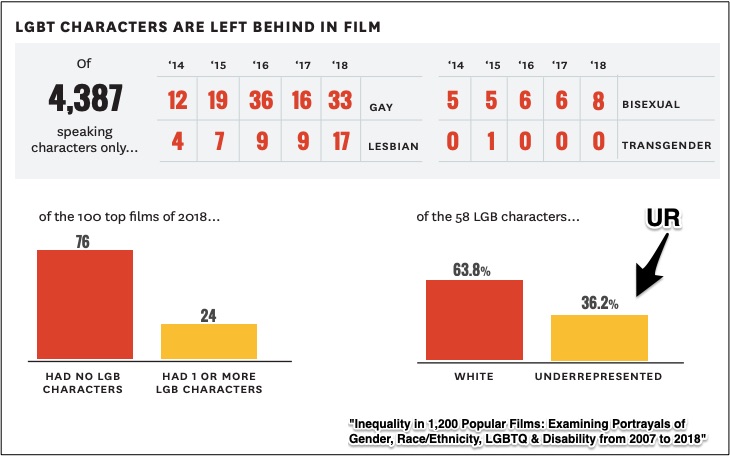 Citing her concern, a behavioral economist would go straight to our expectations bias. Stated very simply, an expectations bias connects what we are used to seeing with what we think we will see. It can shape how we act and what we accept as normal. If you return above to the second table under Film Directors, you see that there is a vast gap between estimates for the UR population and their film presence.

Through their leads and co-leads, the movies are creating an inaccurate expectations bias that ripples far beyond a screen.

My sources and more: My go-to for women in the movies, Annenberg’s Stacy Smith and her co-researchers had this 2020 research brief and this one from 2019. In addition, they looked at the LGBTQ movie numbers and directors.

How Covid-19 Affects the Cost of Living