A Tale of Two Grocers

Our story starts in Gustavus, Alaska. Then it moves to Rich Square, North Carolina.

Far apart, Gustavus and Rich Square are rather similar: 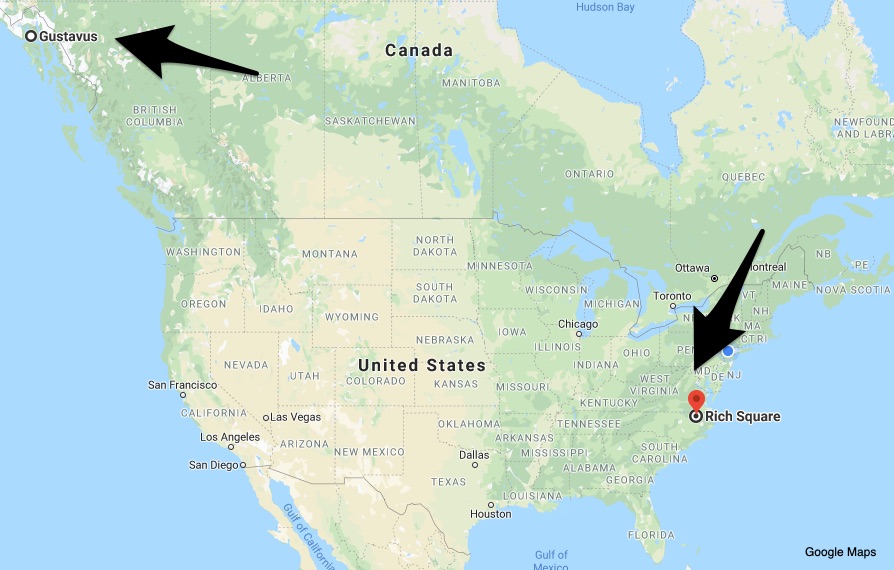 Located seven hours from Juneau, Gustavus has 446 permanent residents. It is a 38 square mile plain with more moose than people. Instead of a road, water connects it to the rest of the world. I’ve read that they all gather on July 4th to play Chicken Poop Bingo.

The one general store is nicknamed ToshCo (but really is Ice Strait Wholesale). Toshua Parker left Arizona after his real estate business collapsed during the Great Recession and returned to the town where his granddad was the first homesteader in 1917. Entering the grocery business, he quickly saw the trick was to make his canned goods, his meat, his toilet paper, affordable. Otherwise a $5 gallon of milk in Juneau could have sold for $12 in Gustavus.

These are pictures of the ToshCo market. At the bottom, I added the white arrow to show how it achieved social distancing: 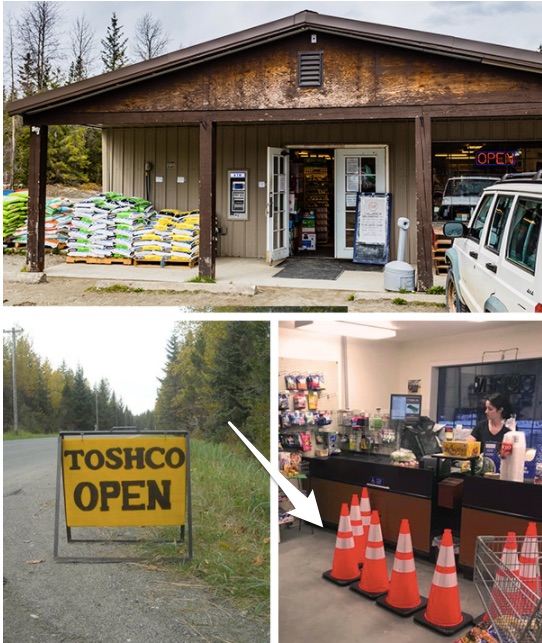 Tosh’s affordability solution was the Juneau Costco. He first used the state subsidized ferry and then  bought two barges. He also developed connections with people in Washington State and beyond for items he could not get at Costco.

You can see the geography of his supply chain: 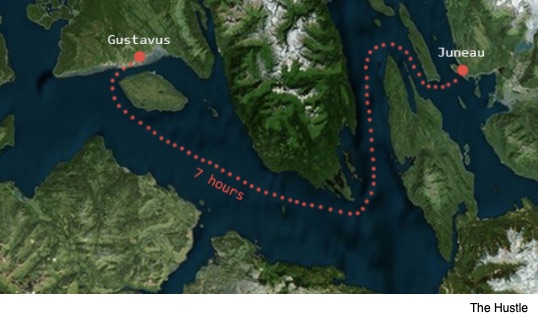 Before each trip, he finds out what people need. Sometimes it’s whole milk and other weeks, 2%. Amounts could have a 100 gallon swing. It could be a washing machine or baking powder.

The Rich Square Market is the only grocer in a town with 900 residents and a troubled economy. Its owner, Frank Timberlake, had been a narcotics agent but then the agency that employed him closed. In 2006, he took over the Rich Square Market. With no other nearby grocers, the local residents depend on him. In addition to their groceries, people go there to cash checks and pay their electric bills. Like Tosh, he is concerned with affordability and creative sourcing such as when, based on a rumor, he sent his teenage son on a 60-mile journey to get a truck full of the potatoes he needed. 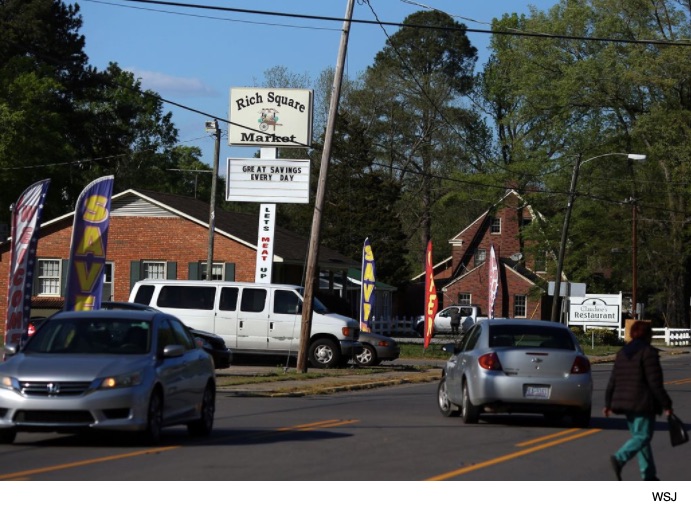 Inside the Rich Square store: 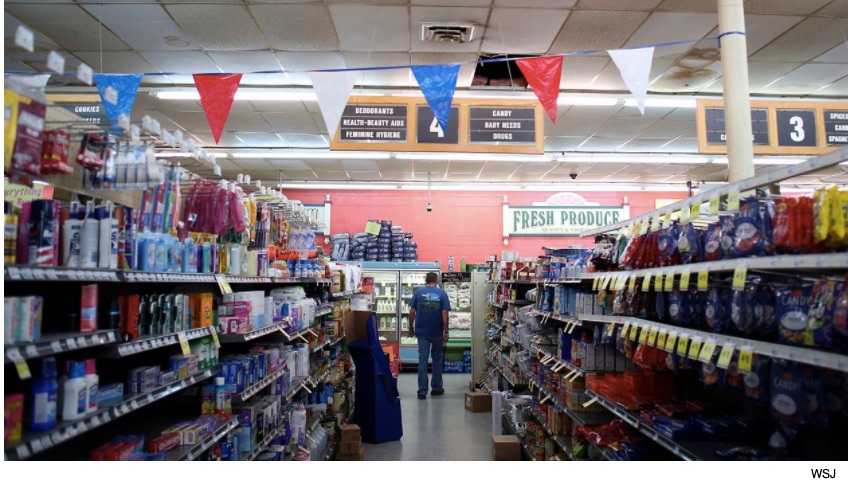 Now with the coronavirus lockdown, both grocers have extra concerns. In Gustavus, the summer tourist deluge has dried up. Even the bear hunting guide has no business. In Rich Square, coronavirus regulations have limited how the owner does business. Required to create one-way traffic, he discovered that having an odd number of aisles meant customers were trapped in the freezer section. The solution was two aisles heading in the same direction.

The key though is that in both communities, the general store has become more crucial than ever. As both now cope with the coronavirus impact, they remain concerned with the interplay of slim margins and the need to keep prices down for the neighbors they know well.

Like ToshCo, Rich Square is more than a market. Both fuel the local economy because the money spent there, stays there. The owners are aware of what their customers want and need. And, as one shopper said, a market trip takes him 45 minutes. Two minutes for the drive and forty minutes to catch up with his neighbors.

Very different from Costco and Kroger, ToshCo and Rich Square Market depend on an entrepreneurial kind of grocery supply chain.

My sources and more: Sometimes the convergence of two stories is a delight. Weeks ago, I listened to The Journal podcast and read this article about a North Carolina grocer. Now, the Hustle told me about one in Alaska. Both were inspirational.

May 2020 Friday's e-links: A News Podcast, Business Wars, and A Disaster Story