The Economic Message Sent by a Smell

During 1857, a London barber was investigated for making “evill smells” from a “Drinke called Coffee.” Only 50 years later, the London Coffee House was a normal part of life. And now, rather than a smell, I would say there is nothing more appealing that the aroma of good coffee.

A smell can send an economic message.

You can see the accumulation in the street: 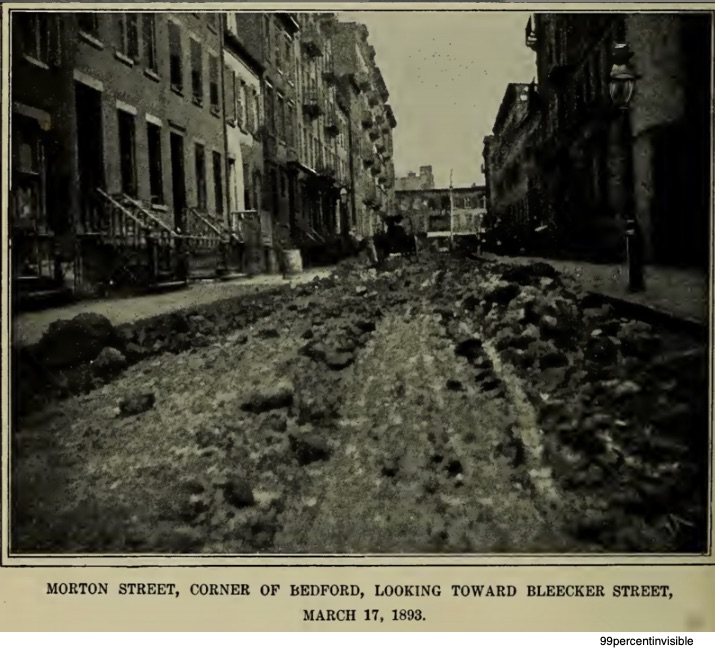 Concerned about the smell and sanitation, the city started to mandate nighttime stabling and more manure gathering crews. But the final solution was electric streetcars and the auto. By 1912, NYC had more cars than horses. In 1917, only one horsecar remained. The auto transformed the smell of the city.

For an unexpected way to get clues about an urban economy, a group of researchers created urban smellscapes. Through social media, they mapped the smells of London and Barcelona in 10 categories. Overall, they concluded that Barcelona’s smells related to food and nature. Very different, London’s were traffic emissions and waste.

For the two cities, these were their observations: 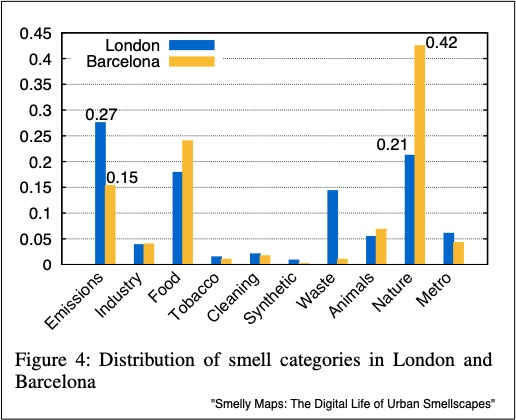 When we slice away all of its complexities, economics is about production and distribution. It focuses on the tradeoffs we make when we decide what to produce. And, then, it looks at our distribution decisions. Through three basic questions, we make our decisions about who gets what:

The past and present smells of London, NYC, or Barcelona can give us some answers to the three basic economic questions.

My sources and more: The smell story at JStor Daily is a good starting point as is this much longer paper. From there, the possibilities multiply. For a smellscape tour of two cities, I recommend this paper. Then, there was New York City’s transport stench and The Great Stink in London.

Coronavirus, a Baby Boom, and a Divorce Spike