After this photo was taken in San Francisco, the city said businesses could not refuse cash: 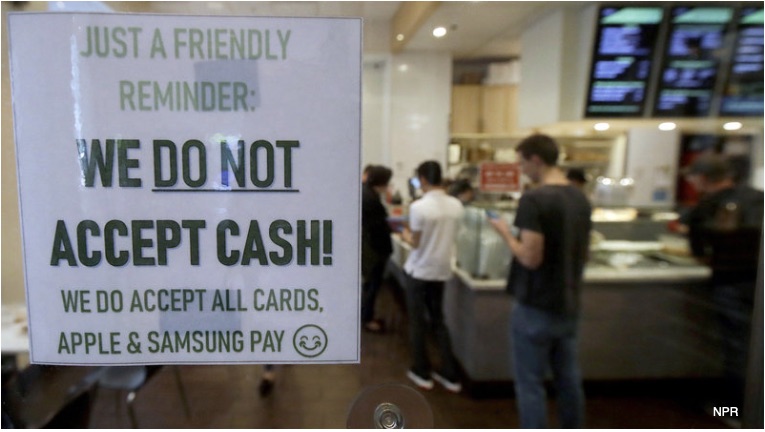 You can see that Sweden, at 20 percent, is close to the bottom of the list. In 2018, just 13 percent of the Swedes surveyed said they had used cash for a recent purchase. Businesses say non-cash transactions save time. The one group that gets short changed are those who have no credit cards nor bank accounts: 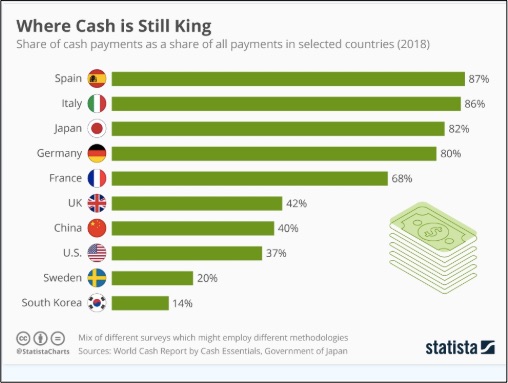 As Visa hopes, a 2019 San Francisco Fed study indicates we could be moving in a cashless direction. Predictably, we are using cash for “small value” purchases, mostly those that are less than $25. It also depends on your age. Individuals 18 to 25 and over 65 have more of a tendency to pay with cash. But the trend is down from 30 percent of all transactions in 2017. For the three consecutive days during October covered by the study, participants used cash for 26 percent of all their transactions. 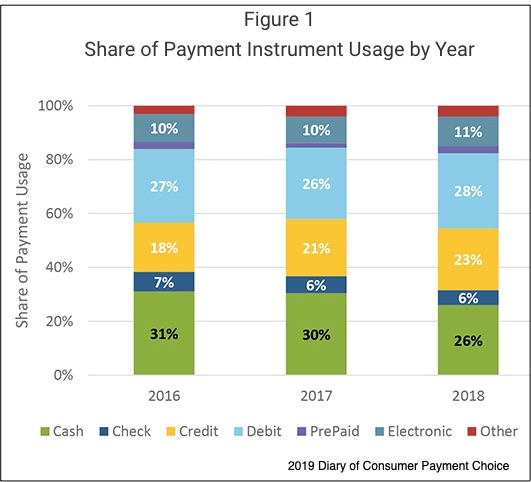 We use cash more typically for gifts and payments to friends, family, and others, but not our household expenses: 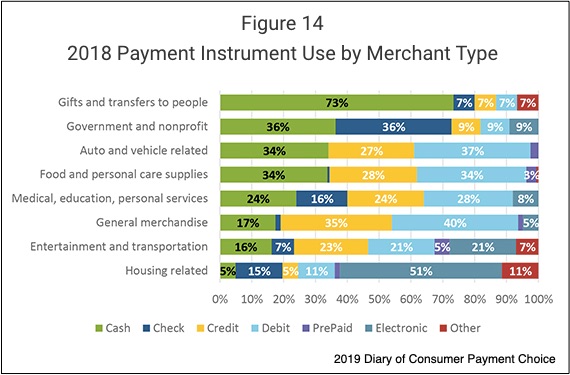 Cash is not the only kind of money. To be defined as money, a commodity needs three basic characteristics;

As a result, demand deposits and the bank accounts accessed by a debit card are also money. So, even if a city permits businesses to ban cash, they still could be accepting money.

My sources and more: It’s always so nice to discover a synergy between articles. For that synergy, I suggest this NPR article and a San Francisco Fed report.

The Mystery of a President's Economic Performance