Called the Mancession, the last time women held more payroll jobs than men was during the Great Recession. Then, male dominated industries like construction and manufacturing had more layoffs than those with more women.

Now again, women outnumber men in payroll jobs. But the reason is the addition of the jobs that women tend to do: 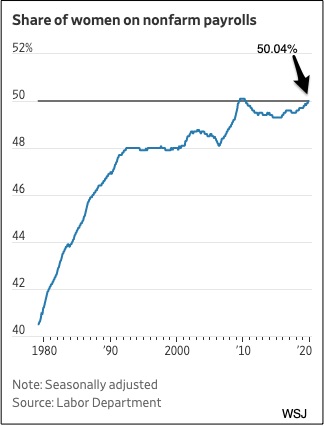 Female dominated industries are adding the most jobs to our economy. In the December 2019 Employment Report, hospitality, healthcare, and education fueled  growth. By 2028, the same kinds of occupations are expected to add 3.4 million jobs to our economy.

My arrows (below) point to the fastest growing jobs that relate to healthcare: 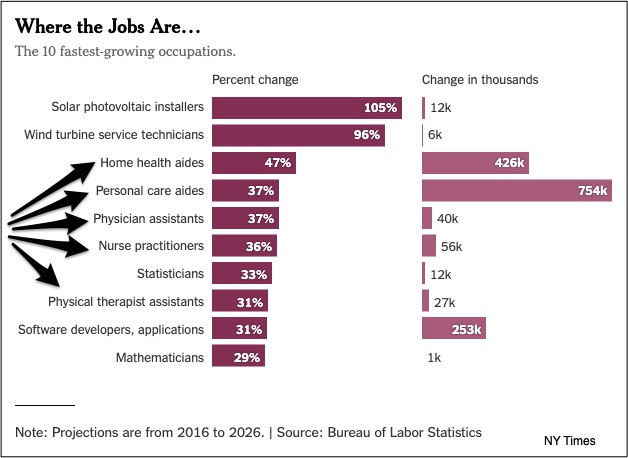 Also though, women’s job opportunities are increasing in male dominated industries. Yes actual numbers are low but the percents are high: 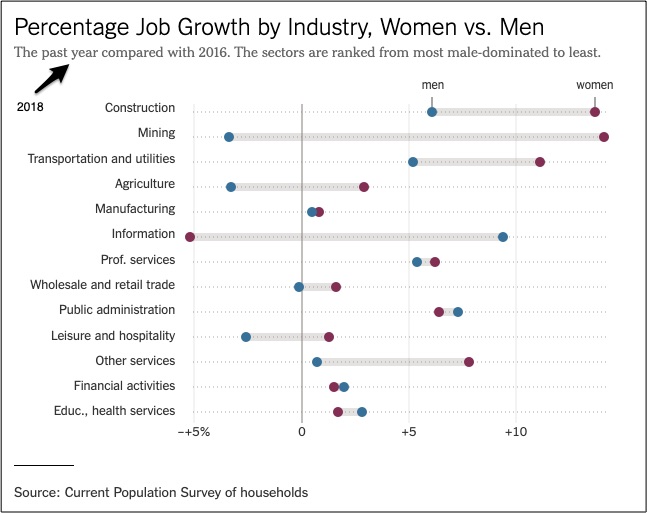 With psychologists at the top and architects at the bottom,  these are some of the occupations that have an increasing share of women:

I didn’t want to ignore the unpaid work that women do. If we include it, then women in the United States add approximately 4 hours and 3 minutes to their workday: 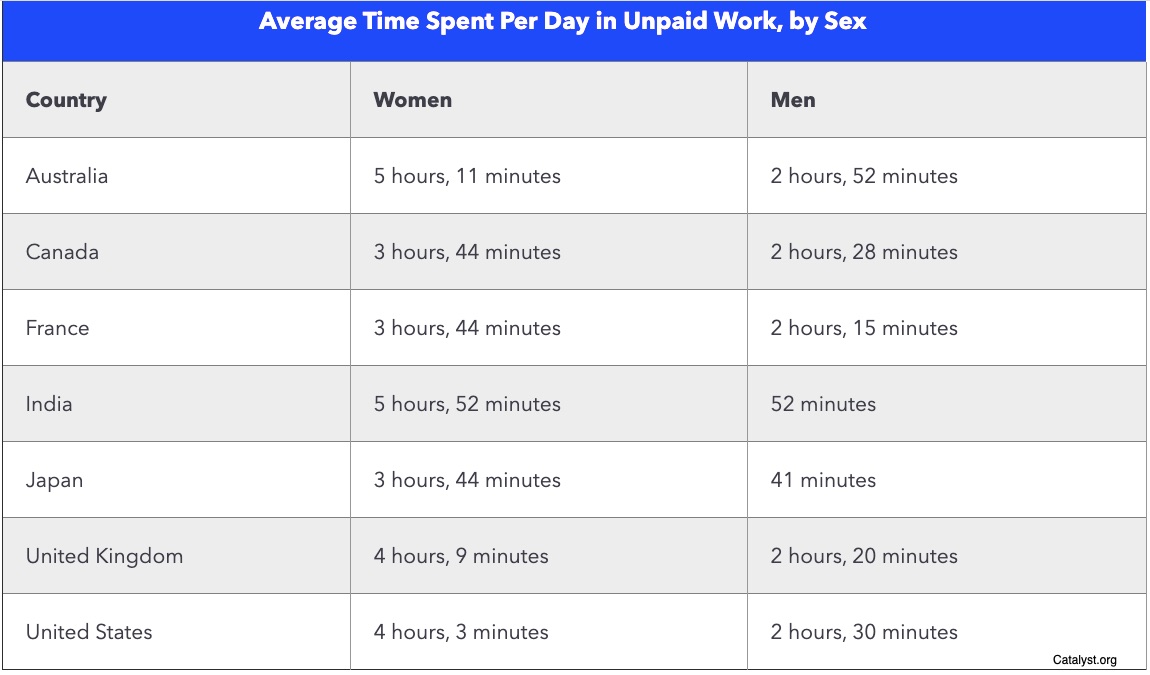 As a final thought, we can ask about the proportion of the female population that works. Defined as the number of women in the labor force (who have a job or are looking for one) divided by the female non-institutionalized working age population, the women’s labor force participation rate is projected to fall slightly overall. But it does depend on the age group.

So where are we? With more women in the workplace, one economist projects that the demand for flexible hours and paid family leave will rise.

My sources and more: I learned about the gender flip from WSJ, read more at NPR, and got the data from BLS. Next, for a bit more insight, women’s participation rates were detailed in The Washington Post.

Why Some Wine Drinkers Are Drinking Less (And Others Are Not)