From 52 planes a month, Boeing decreased 737 Max production to 42 last April. Now the number is down to zero.

Boeing had said it would not lay off any of the 12,000 people who produce the 737 MAX in its Denton, Washington plants. Also, deliveries of the plane’s components were supposed to continue.

At the moment though, all could have changed.

It’s a bit misleading to say that Boeing produces the 737 MAX since it has more than 600 suppliers and those 600 suppliers have hundreds of subcontractors that supply them.

Firsthand, from Boeing, you can see how the company describes the airplane:

When the 737 MAX was grounded after two catastrophic crashes, close to 800 completed planes were affected. Now, with the manufacturing suspension, Boeing fueled a cutback at companies like fuselage maker Spirit AeroSystems. Starting with 2800 layoffs in its Wichita, Kansas plants, Spirit had to notify its suppliers of seat fabric and catering equipment–and of all else they install in a fuselage.

Spirit AeroSystems and Hexcel are two of the 737 MAX’s 600 suppliers whose global character was immediately evident at their websites. 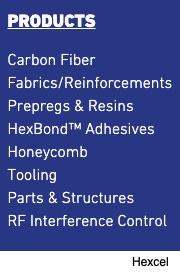 In addition, the U.K.’s Senior PLC with 14 global locations is among the 600 737 MAX suppliers. So too is the U.S. based Honeywell, with 970 sites in 70 countries as is a joint venture between GE (the U.S.) and Safran SA (France). We could add many others but you get the picture, The 737 MAX is a globally made airplane whose components originate in factories that extend around the world. Then, after traveling thousands of miles and making multiple stops, together they become a 737 MAX in Denton, Washington.

Far beyond Denton, when the plane was grounded, a global supply chain contracted.

So yes, the 737 MAX’s story is about comparative advantage. But for now, there is less rather than more as its impact has traveled around the world.

My sources and more: My go-to site for trade, the Peterson Institute, has the perfect primer on globalization. Then WSJ explained one 737 MAX supplier’s layoffs while BusinessInsider went further by naming more of the plane’s supply chain. Finally, you might want to visit each company’s website (as did I) to see precisely what it does.

Please note that part of my description of comparative advantage was in a past econlife post. Our featured image is from Boeing.

The Choice Fatigue That Exhausts Us