Will We Get a Space Force or a Space Corps?

Fifty years ago, Apollo 11 landed on the moon. Now, as we commemorate our first stroll on lunar soil, we are pondering what comes next. The Senate Armed Services Committee (SASC) has approved a Space Force while the House (HASC) could support a Space Corps.

Americans though do not seem to be too excited about the idea: 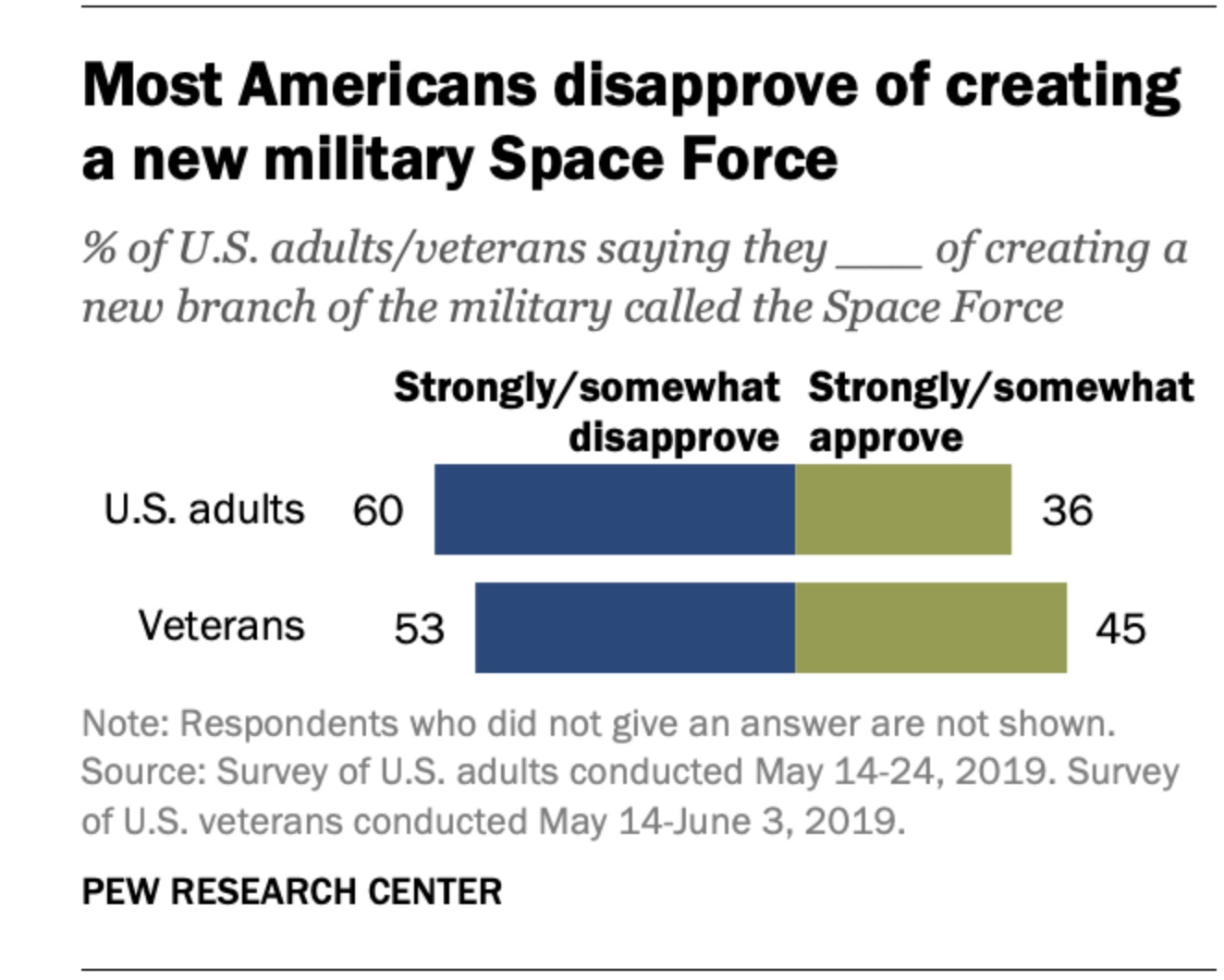 The Space Force  (or Corps)

Some of the debate has focused on military and bureaucratic concerns. Supporting the military, proponents cite China’s “Strategic Support Force.” They are concerned with protecting our military surveillance satellites and deflecting an attack from space. However, on the bureaucratic side, we could wind up with too many departments. Since we already have an Army, a Navy, a Coast Guard, the Marines, and the Air Force, a sixth military branch would just create more red tape. Others say though that consolidation of defense space programs would enhance efficiency.

These are the three proposals: 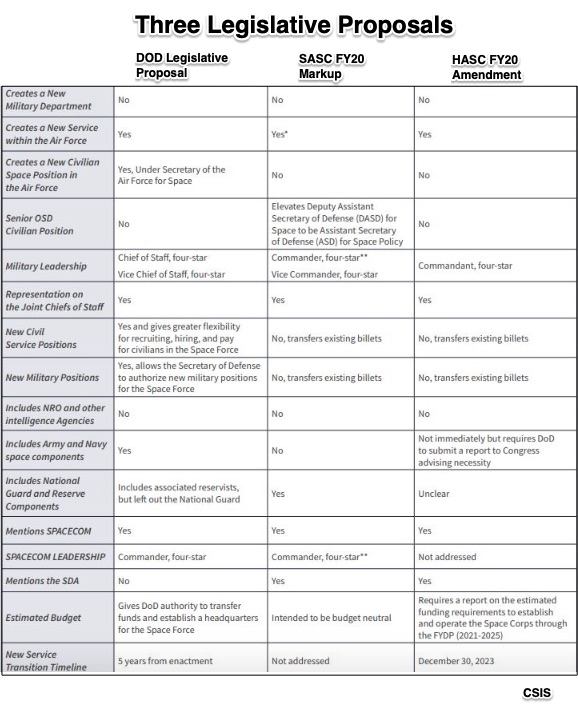 The one issue that seems to pull everyone together is money. Defined as spending, taxing, and borrowing, our nation’s fiscal policy funds the government. At the moment, with an ascending deficit and insufficient tax revenue, the cost of a Space “Group” is worrisome.

Current projections suggest a new headquarters would cost $72.4 million during the first year. After that the numbers for the first five years range from $2 billion to $13 billion. So far, no one has said if they will have reserves, a bootcamp, separate recruitment, an academy. There are the new uniforms and questions about where spending from existing programs could be diverted. They have said that personnel would number approximately 15,000.

But the House still says they are considering a Space Corps and the Senate calls it the Space Force. I guess they have to wait on the uniforms.

My sources and more: Thanks to The Weeds podcast from Vox for whetting my curiosity about a space force (corps?). From there the articles abounded. The Fool spoke of a French and a Chinese space force. EOS explained the Senate hearing. Them I found more detail from CSIS, Military.com,  The Hill,  Defensenews and SPACENEWS. Meanwhile Pew had the public opinion survey.

A Tale of Two Neighborhoods