Sometimes the supply of avocados dips. 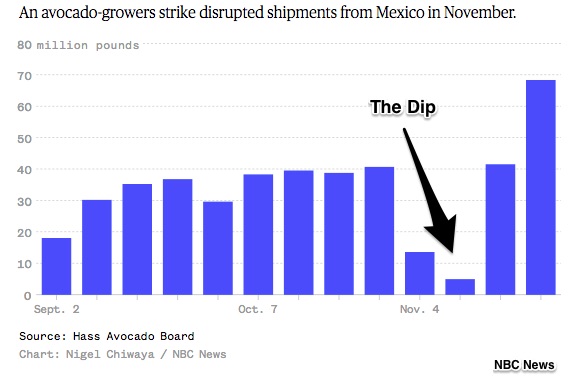 Only two months ago, Mexican avocado shipments to the U.S. were suspended because of a 16-day price dispute. Then, the problem was between the growers and the packers.

Now the problem is fuel…and the Super Bowl

Each year during January, as the Super Bowl approaches, Mexico boosts avocado shipments to the U.S.

We are Mexico’s biggest avocado buyer: 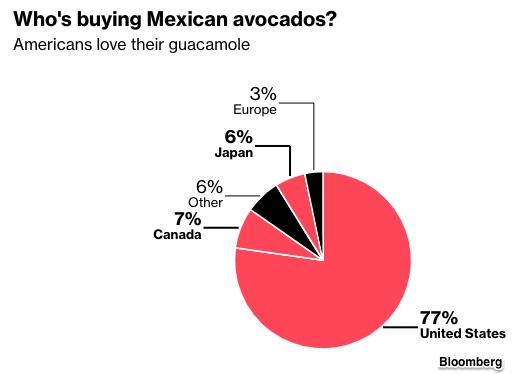 During the weeks before the Super Bowl, demand for avocados surges. Reputedly, our guacamole intake ascends to 8 million pounds.

Responding, Mexico’s avocado distributors  plan to have 1200 trucks entering the U.S. each week. On a per truck basis, they say the average is one every eight minutes. The total? Close to 120,000 tons of avocados. So far though (as of 1/9), just 27 tons were sent.

The shortfall appears to have been the result of Mexico’s fuel problems. Because thieves had been siphoning pipeline and warehouse inventories, Mexico’s new president closed a pipeline for some rebuilding. With fuel deliveries limited to trucks and trains, not enough reached six Mexican states, including Michoacán, the one certified Hass avocado producer. However, it is still possible that shipments will accelerate as February 3 draws closer.

A “No Gas” sign is attached to the pumps. 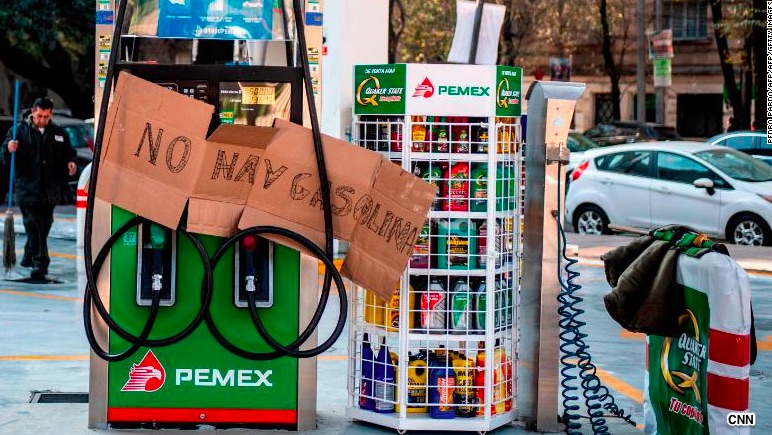 The impact of avocado shortages is classic demand and supply.

Demand: We know that avocado demand surges because of the guacamole we eat during the Super Bowl.

Supply: At the moment, supply is less than planned because of fuel shortages in the Mexican state that grows Hass avocados.

Below, the supply curve is somewhat vertical because less quantity is available. Meanwhile, a considerable portion of the demand curve will not be able to get its guacamole:. That shorter supply curve crosses the increase in demand at a relatively high price and low quantity: 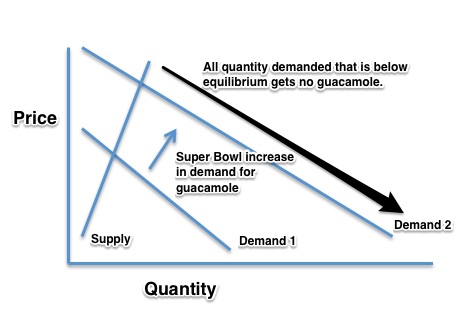 Or, as eater.com said, it could be the “guacpocalypse.”

My sources and more: Always fun to read, Eater is a good starting point for avocado updates. From there, Reuters had the fuel story. But, if you just want a slew of avocado facts, do go to APEAM, Bloomberg , and the Hass Avocado Board.

How an Art Heist Is like the Government Shutdown

One Reason For High Hospital Prices