Six Facts We Need to Know About the Federal Budget

Budgets are pretty much about pie graphs. For pie graphs of U.S. government spending and taxes, the image (below) on the right might be more accurate than we think: 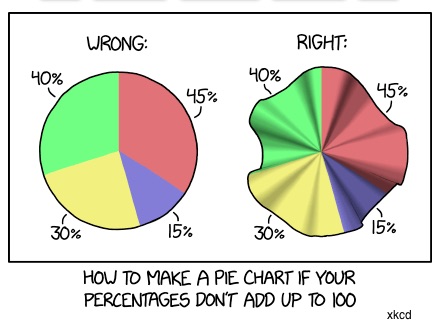 These are the facts…

1. The spending side of the budget can be divided into a pie graph with three categories.

Mandatory: The mandatory slices include all spending that is required by law, year after year. Medicare, Medicaid and Social Security are all mandatory expenditures. Combined, they total close to three quarters of all spending.

Discretionary: The discretionary parts of spending can be added or deleted although some discretionary items like defense are a constant. Others such as crop subsidies, education, and the space program could be called “optional” items. They could expand, contract, or disappear.

Interest: Whenever the U.S. has a deficit because its revenue is less than its expenditures, the government has to borrow money. We borrow by selling different kinds of bonds to governments, businesses, and individuals.

You can see that mandatory spending is a hefty part of the federal budget: 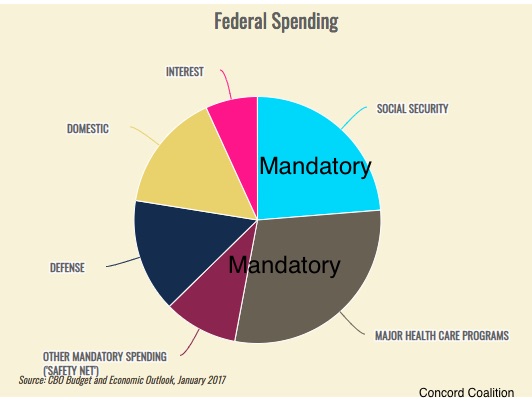 2. The trend is for mandatory spending to become increasingly larger:

Since 1968, we have two trends. Especially because of the creation of Medicare and Medicaid in 1965, the amount and relative size of mandatory spending skyrocketed.

Now, we can blame the baby boomers for making it all worse. As they retire. less will be contributed to entitlement spending from their paychecks. Correspondingly, their payout from federal coffers will grow.

As you can see, the trend continues throughout the next decade: 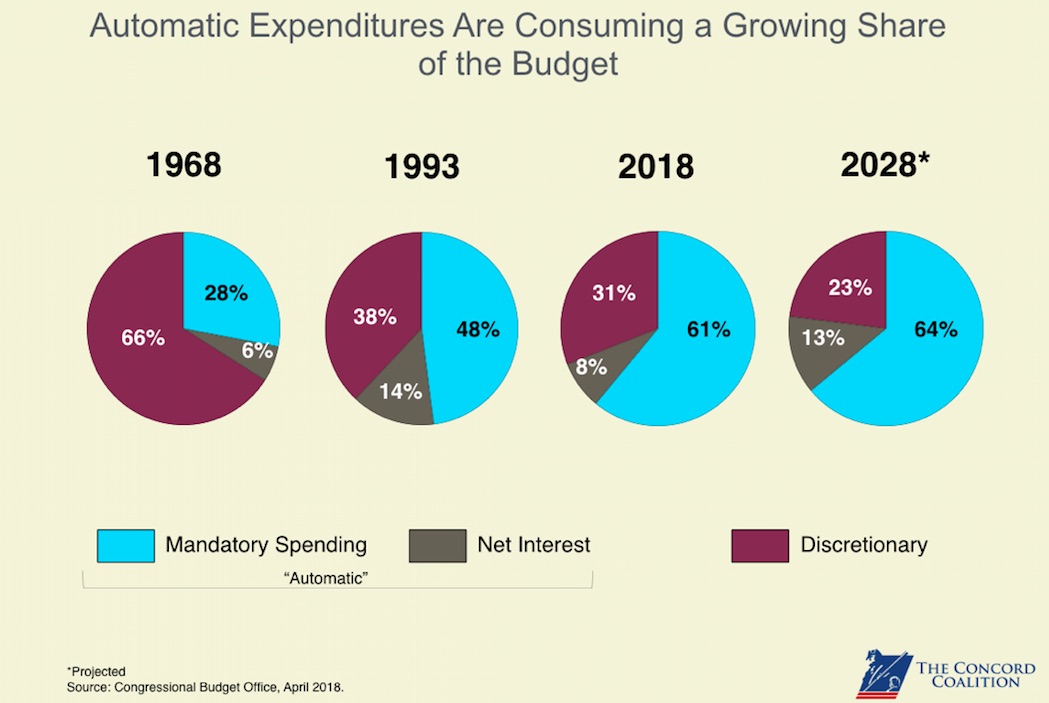 3. The growth in mandatory spending is fueled by higher health care costs.

A closer look at healthcare spending takes us to Medicare and Medicaid. We typically associate Medicare with healthcare for seniors who are 65 and older. However, people who are entitled to Social Security disability get Medicare money although they are younger than 65.

Medicaid is even more complicated since states have different recipient qualifications. The common denominator is primarily low income. However, other criteria can include the need for long-term care and disabilities coverage. 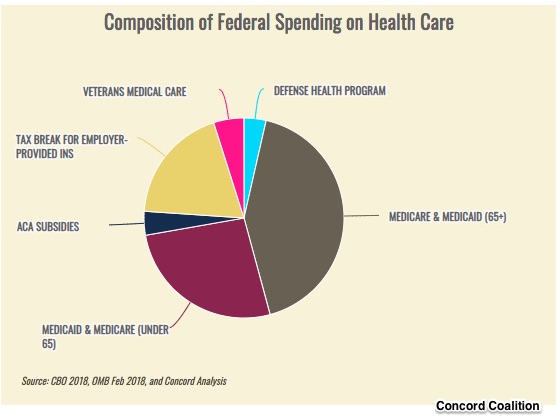 4. Interest obligations are also fueling the growth in federal spending.

Interest payments are expected to move from 8% of the budget to 13% during the next decade. Larger deficits are one reason that our interest obligations will rise. Add to that a trend toward higher interest rates and your interest expense balloons. 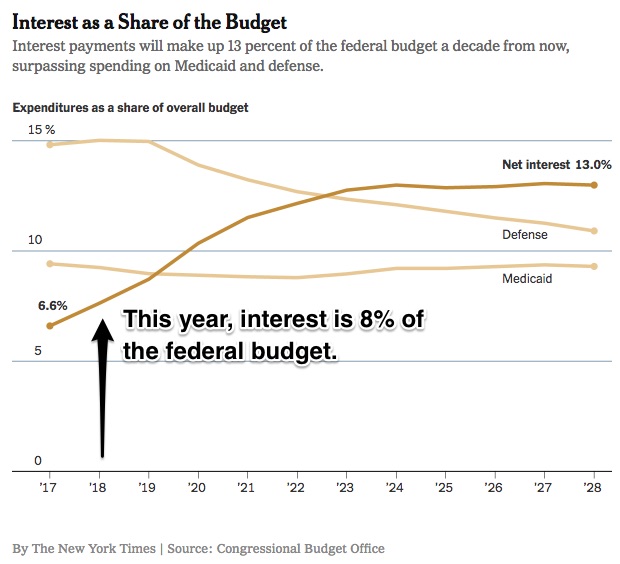 5.  Meanwhile, on the tax side, we have three major categories.

As you would expect, individual tax revenue is largest. Next though, payroll taxes (Social Security and Medicare) are not far behind. After that, the gap is massive. Corporate tax revenue is not nearly as much as many people expect. 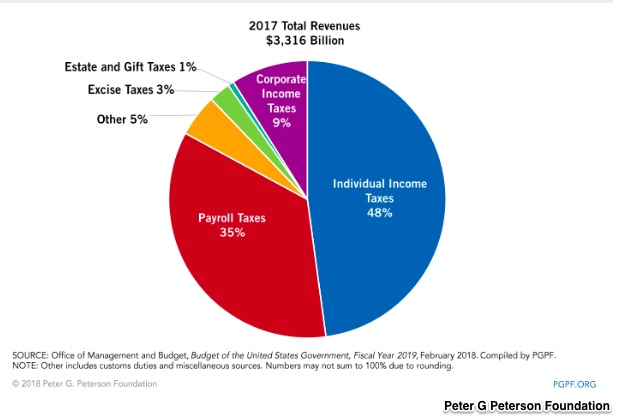 6. Combine 1-5 and we wind up with  a consistently large gap between revenue and spending.

Sort of like comparing what you spend and earn to your wealth, the Congressional Budget Office expresses the gap between outlays and revenues as a percent of GDP. Only then can we start to grasp the meaning all of those trillions in the federal budget. Otherwise, we would just see huge numbers.

Before the great recession (Dec. 2007-June 2009), outlays and revenue slightly converged. But then, the spread widened as federal spending soared and tax revenue contracted. 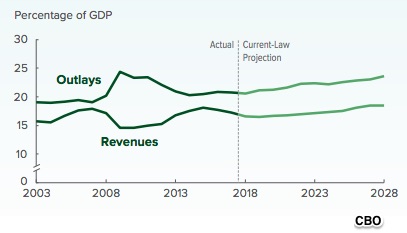 During the past 10 years, the debt held by the public has doubled. (The government also holds its own debt. Social Security, for example, buys the federal debt with the extra money it has in its trust fund.)  Looking ahead, the projection has a similar trajectory. It takes us to ever higher interest obligations and a debt that is close to 100% of the GDP. That is worrisome.

And, it returns us to our original pie graph with spending that does not always add up.

My sources and more: A good go-to for the budget, the Concord Coalition is non-partisan. I started though with the NY Times saying that interest would soon become bigger than defense. And I wound up with a recent CBO budget report.

September 2018 Friday's e-links: From the Story of Spanx to Trade and the Human Lifespan