Everything You Never Knew About the Sandwich

The Earl of Sandwich might have created the first slab of beef on two slices of bread because he wanted to eat at his desk (at the Admiralty). As one theory goes, he was hungry. Since waiting for his main meal meant abstaining till four, he needed a snack. And thus we got one of the first sandwiches.

John Montagu, the fourth Earl of Sandwich in a 1739 painting by George Knapton: 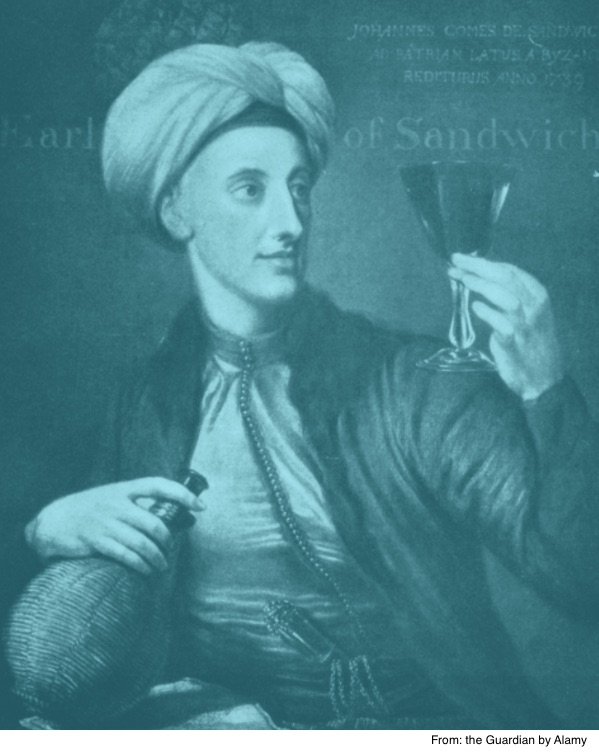 Where are we going? To sandwich supply and demand.

Although sandwiches have been around since the mid-18th century, they don’t really take off until more recently. Someone noted that a Mrs. Beeton thought of the toast sandwich in 1861–yes, a piece of seasoned toast on two slices of bread. It appears also that 436,800 ham sandwiches were sold in London in 1881.

However, the big moment in sandwich history takes place at Marks & Spencer in 1980 when they sold their first chilled packaged Salmon & Cucumber sandwich. At first they had a mini sandwich assembly line in a small stockroom at the rear of a store. But the idea took off, demand soared, and soon they expanded sandwich sales to 125 stores. Meanwhile a competitor (Boots) copied the concept and established a national distribution center. By 1990 sandwiches had become a £1 billion industry in the U.K. and that was only the beginning.

This Google NGram displays the sandwich’s soaring popularity through its increasing mention in books:

In many ways, the evolution of the sandwich industry echoed the growth of manufacturing. They had assembly lines and outsourcing. Production problems like soggy bread and saggy fillings had to be solved. The bacon had to remain crispy and “mouth feel” became important. Hoping to sustain growth, they have convinced us that the sandwich is not just lunch. 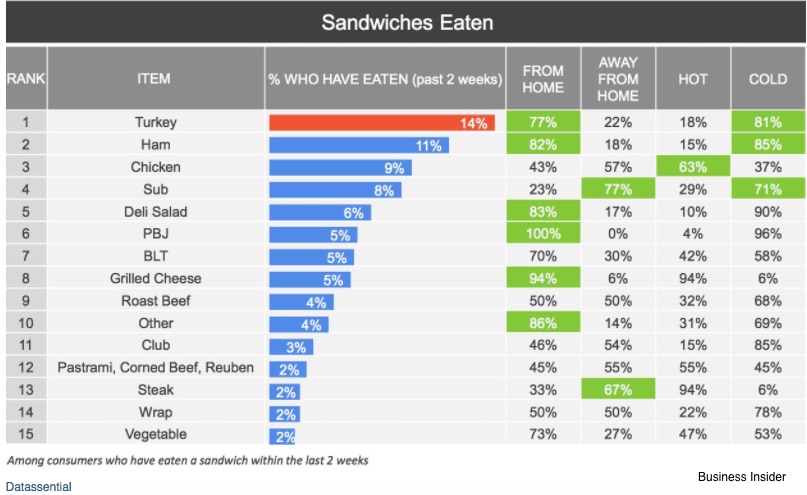 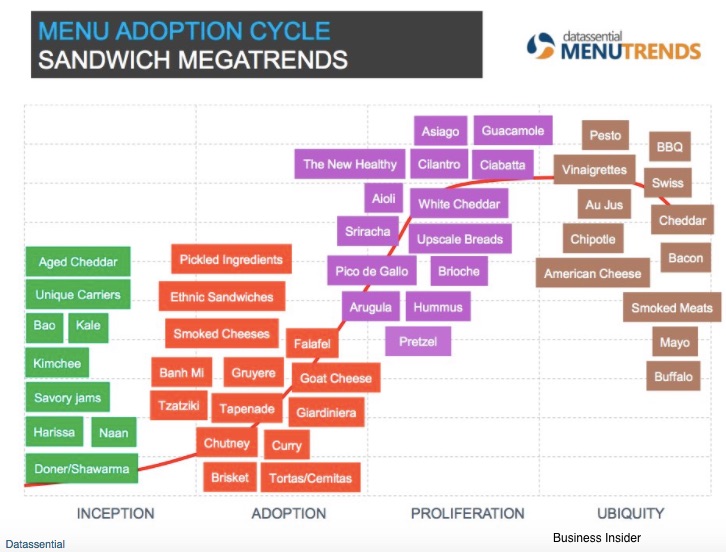 Like peanut butter and jelly, the sandwich has been the perfect complement to capitalism. Sandwiches let us eat at our desk at any time. They free us from the dinner table and also from eating utensils.

Most fundamentally though, the sandwich is a story of supply and demand. On the supply side we have the cost and contents of production evolving. Starting with in-store assembly and then outsourcing and national distribution, we have assembly lines, mass production, and economies of scale. Meanwhile, on the demand side, the sandwich is perfect for multitasking, for speed, for convenience and for ease.

We could say that the sandwich is one of capitalism’s revolutionary innovations.

My sources and more: Thanks to Quartz for alerting me to every sandwich fact I could ever want through this Guardian article.  However, if you hunger for more sandwich history, I recommend the story of Subway in the Washington Post.

This post was slightly edited after it was published.

What a $450 Million Price Tag Tells Us