Where Smartphones Have to be Clever

At their Menlo Park headquarters, Facebook has “2G Tuesdays.” Typical of emerging markets, a slower internet connection takes developers to the “next billion.”

Internet firms are realizing that the “next billion” in the developing world is different. While texting and email are basic to U.S. smartphone use, a less literate population needs something else.

In India, a railway porter who earns $8 a day can buy a low-end smartphone. At work, his WiFi is free. He just needs a simplified sign-up and apps that use images and voice recognition rather than text. With an unlimited inexpensive data plan and extended offline potential, he can afford the internet.

You can see below how more people in India were able to buy phones and data. As the price of smartphones dropped, the number of internet users went up: 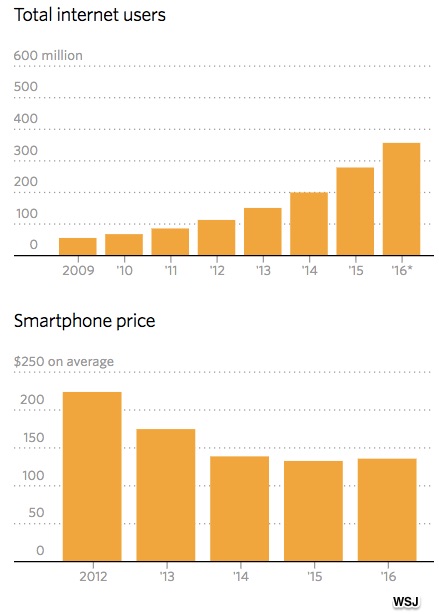 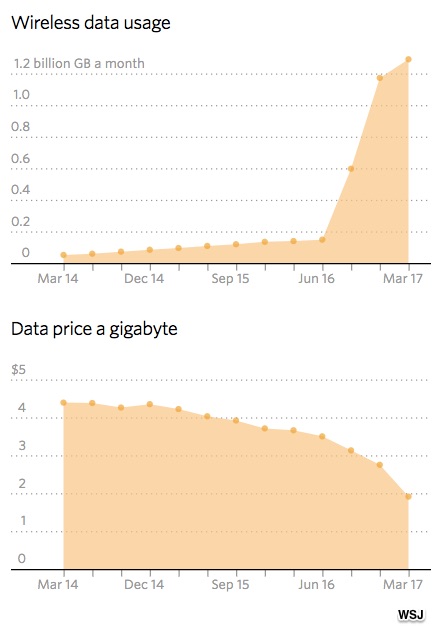 However, the penetration rate for faster broadband remains small: 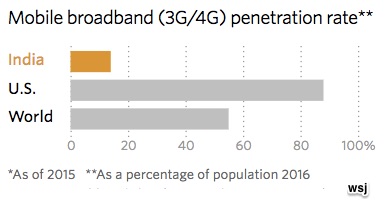 Always, being a trading nation is about more than shipping products abroad.

We could even say that the smartphone is like an Oreo. When Kraft (Nabisco/Mondelēz) brought the Oreo to China in 1996, sales were tepid. Consumers said the taste was too sweet and no one knew to “twist, lick and dunk.” Responding, Kraft developed a cheaper cookie that was less sweet, had nonwhite fillings, and a cylindrical/straw-like shape. They also knew they needed an ad campaign to introduce the dunk-in-the-milk concept. The result? Popularity surged.

Similarly, smartphone makers and app developers are catering to their markets in the following orange-shaded countries with slow internet speed: 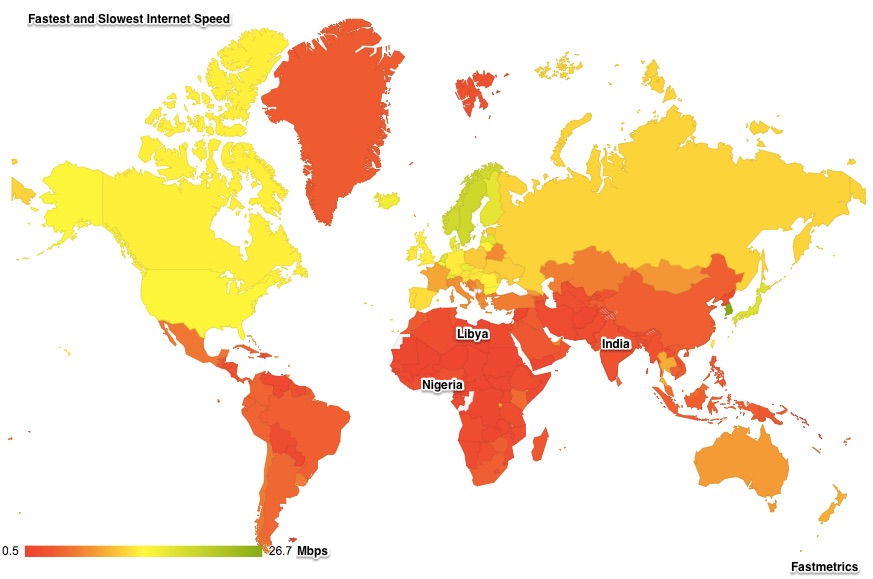 They have indeed recognized that a less literate population needs something else.

My sources and more: Including additional detail, this WSJ article had my facts and graphs. Taking the next step with more data, this  fastmetrics map was handy as was this article on Kraft (Nabisco/Mondelēz) in China. Then, if you want to see the employment connection, do look at this paper on the impact of a speedier internet in parts of Africa.

Please note that part of the story of Kraft in China was in a previous econlife post. This post was slightly edited after publication.