#TBT: Today we look back at when we started getting less for our money at the supermarket.

When Packages Were Downsized

Our story begins only five years ago. According to the U.K.’s Office for National Statistics, from 2012 to 2017, the size of 2,529 products decreased. Yes some did become larger. But only 614.

Don’t the following Cadbury chocolate bars look rather similar? The bottom one with rounded chunks has 14% less milk chocolate: 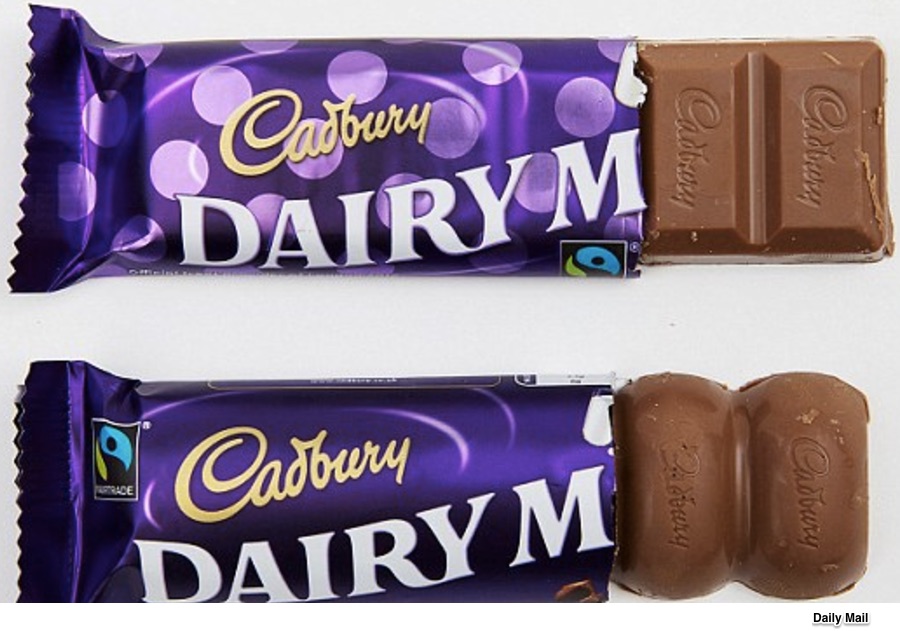 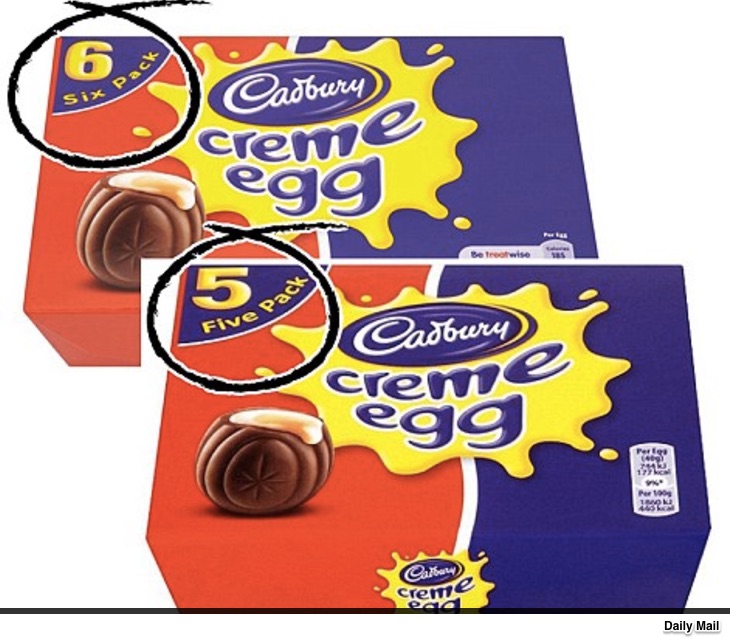 And Tetley took tea bags from its package: 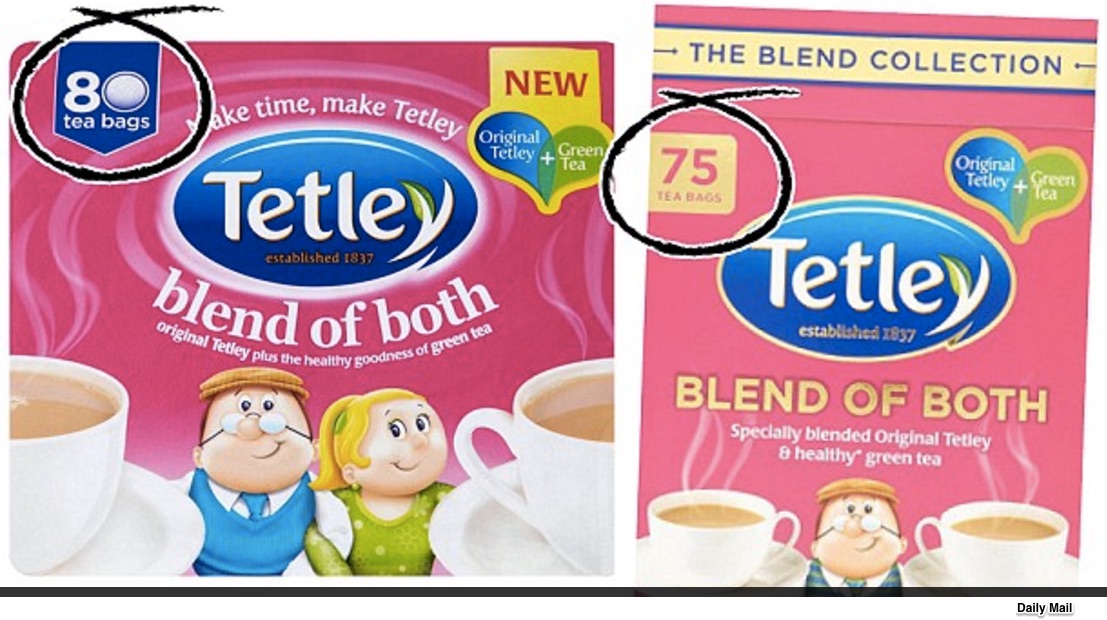 Others in the “shrinkflation” group included: 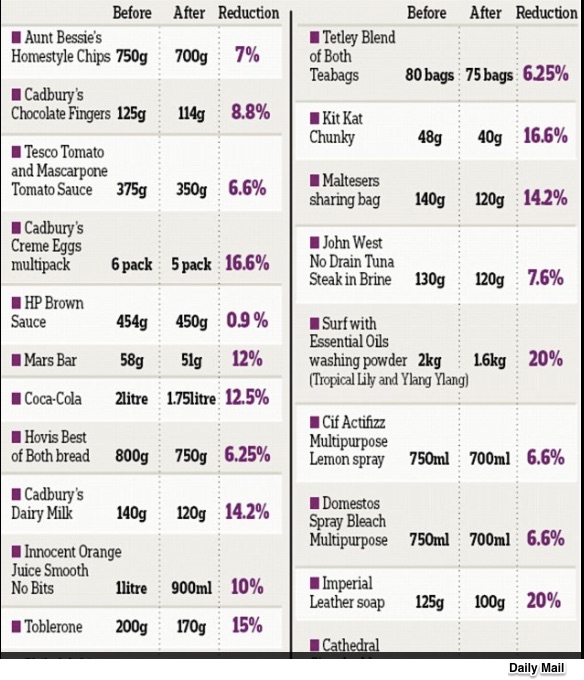 As you surely expected, price typically did not fall when the package shrunk. Sometimes the item’s price remained the same. At other times, it dropped but by less of a percent than the package was downsized. Also, but much less frequently, price actually went up.

Asked why they downsize, the manufacturers’ responses ranged from increasing ingredient costs to helping consumers fight obesity. Asked how, some keep the same height and width but diminish the depth. Others indent a drink bottle or even retain the size but put less in it. You can see there are many possibilities.

Downsizing packages is really about thinking at the margin.

So, on this Throwback Thursday, we can look to before more (of a package) meant less (inside).

My sources and more: Thanks to the Quartz Index for its U.K. data and inspiration and the Guardian and the Daily Mail for more detail. Meanwhile, if you want to read about U.S. shrinkflation, this Boston Globe column is dated but conveys the message and the facts.

The Downside of Eating Less Steak

Why Cheap Was a Problem for Starbury Signature Sneakers