Today, let’s just have an economics lesson from Amazon.

From the Beginning, Amazon Thought About Competition:

Before Amazon became Amazon, it was called Cadabra (as in abracadabra). However, when Jeff Bezos was told that it sounded like cadaver, he switched to Amazon. The reason? In an alphabetical listing, Amazon would be near the top. And even more crucially, as the world’s longest river, Amazon was an appropriate name for the “Earth’s biggest bookstore.”

Working from the Bezos garage, they began with this 1995 logo: 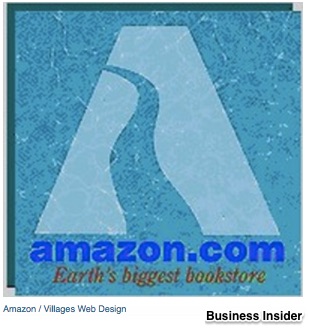 With Its Acquisitions, Amazon Was Thinking at the Margin:

From the start, Amazon grew through the firms it purchased.

One of the first was the film and TV data base firm, IMDB. The retailers they’ve acquired include Zappos and Shopbop while buying Souq.com got them the “Middle East Amazon.” In addition, Twitch was about gaming and Elemental, the cloud. In all, they’ve acquired 76 firms.

Last week it was Whole Foods:

You can see some of their acquisitions (below). Whole Foods was by far the priciest: 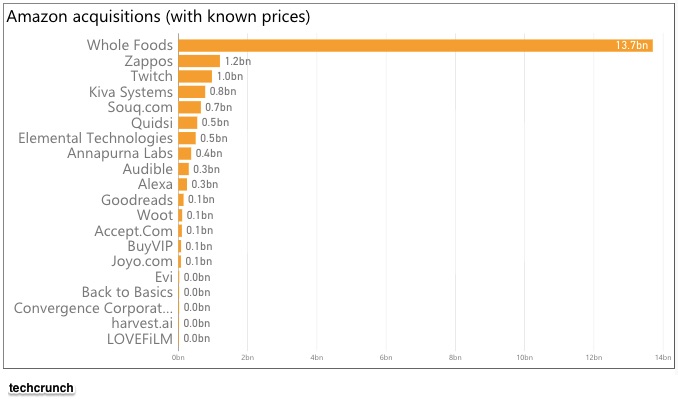 Amazon’s 1-Click glides the customer through the purchasing process.

Described by Amazon in their application for patent 5,960,411, the purchaser just hits a button that activates the movement of payment information from “the client system” to the”server system.”

For its 1997 IPO, Amazon was priced at $18 a share. A $3,000 purchase then would be worth more than $1 million today. Including stock splits, the share price has soared: 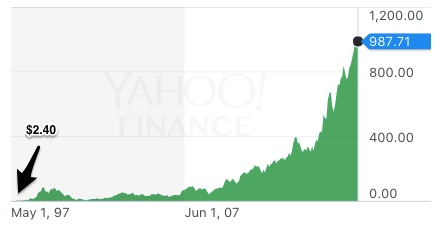 Amazon’s Decisions Had An Opportunity Cost

Amazon’s supply chain includes its fulfillment centers. Repeatedly, whether looking at NJ, California or states between the two, I found headlines like the following: 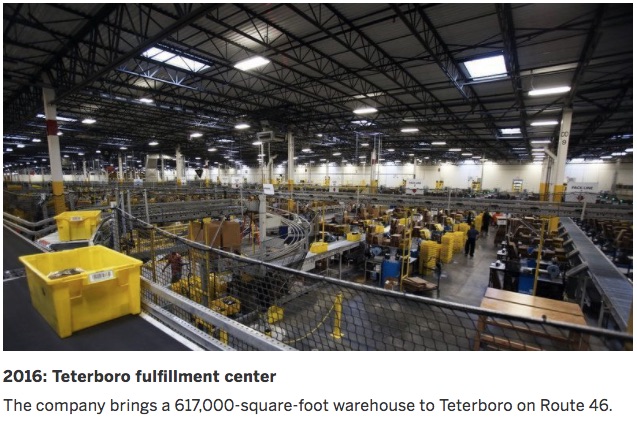 In 2016, 43% of online sales went through Amazon. One source of demand was the Amazon Prime subscriber: 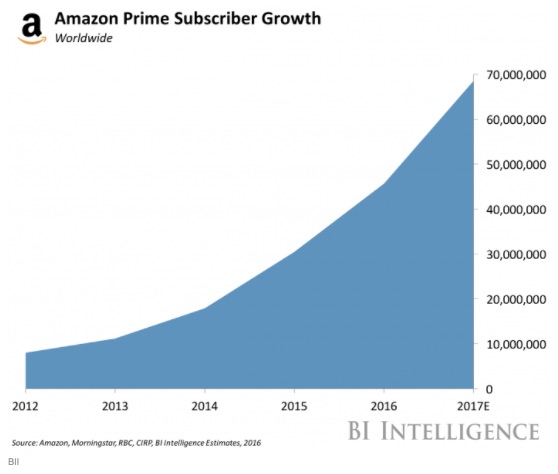 Our Bottom Line: An Entrepreneur’s Choices

We can return to the entrepreneur that we began with. When Jeff Bezos spoke at Princeton’s commencement in 2010, he summed up his success:

“When you are eighty years old, and in a quiet moment of reflection narrating for yourself the most personal version of your life story, the telling that will be most compact and meaningful will be the series of choices you have made. In the end, we are our choices.”

My sources and more: The number of articles on Amazon are endless. I accessed graphs from BusinessInsider and Techcrunch. Also I used Motley Fool, NJ.com, Techcrunch and Geekwire. But for the stories, Brad Stone’s book was ideal. And there is so much more.