An Olympics Proposal That Could Make a Match

Imagine Olympics volleyball on a Santa Monica beach in 2024 and you have the picture (above) we’ve copied from the LA Olympics proposal.

LA was the first stop for 11 voting members of the International Olympic Committee. Yesterday they began listening to presentations and today and tomorrow they are touring the facilities. After seeing what Paris is planning during a visit next week, the IOC will make a final decision in Peru on September 13,

For today though, let’s ignore the sports and focus on the fiscal side of the Olympics.

The Olympics is usually a financial catastrophe. With cost overruns that have averaged 156%, cities like Athens in 2004 spent ten times the $1.6 billion it presented to the IOC. Beijing also projected $1.6 billion and spent $40 billion while London’s $4 billion became $13 billion.

And you can see what happened afterwards in Greece: 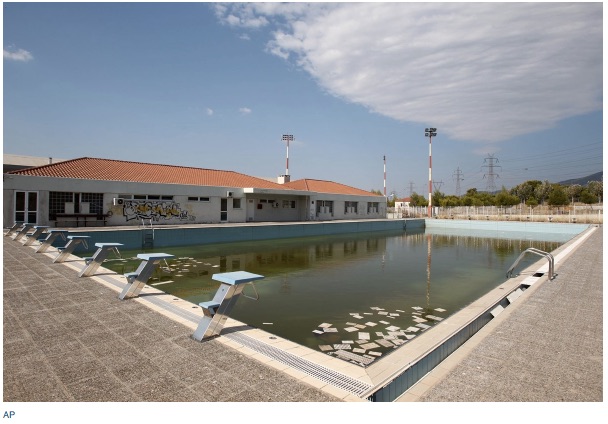 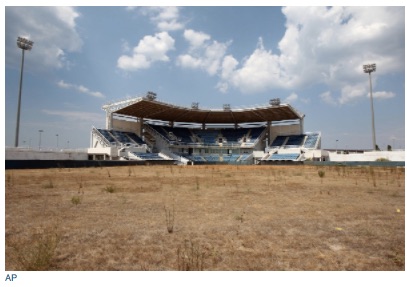 But the 1984 Olympics generated a profit and LA says they can do it again. How? Because they already have the infrastructure. Including a new NFL stadium and college dormitories, they will have the sports facilities and housing. They also point out that whether or not they get a yes, the LA International Airport and other transit arteries are getting a makeover.

The result is a pretty optimistic outlook. While their cost side is $5.3 billion, they project big dollars from broadcast rights, corporate sponsorships and ticket sales. Furthermore, the federal government picks up the $2 billion security tab because the event is classified as a National Special Security Event (as is the Super Bowl).

In “Going For the Gold: The Cost of the Olympics,” two sports economists provide a reality check. Previewing their discussion, they note the cost and benefit sides of the Olympics balance sheet. For the cost side, the major expense categories are general infrastructure, sports infrastructure and operational costs. The offset on the benefits side is the short-run spending from tourists, the long-run use of facilities and foreign investment and trade, and the feel good intangibles.

I thought it would be helpful to copy their table showing revenue and cost. LA’s cost projections are less (if they have been realistic): 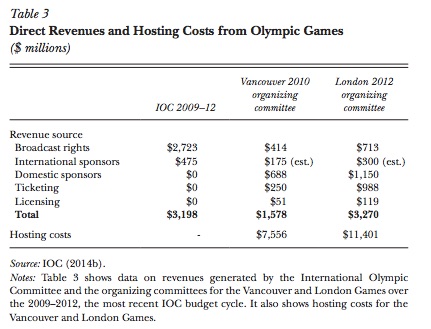 Judged by a dollar metric, hosting the Olympics is typically a huge minus. However, based on a study of London’s happiness as a host, the positive wellbeing created by the Games is considerable.

So, I guess we need to ask how much to weigh so intangible a benefit…especially if LA believes it has minimized the cost.

My sources and more: Perfect complements, articles from the LA Times and ESPN had the facts on LA. But for the bigger picture, this paper from two sports economists was ideal. In addition I recommend the “Happiness” Chapter 15 in Soccernomics.

When the Price is Always Right

How We Primed the Pump