When a Score is Not About a Game

During March, the Director of the Congressional Budget Office sent House Speaker Paul Ryan a letter. These were the first two paragraphs: 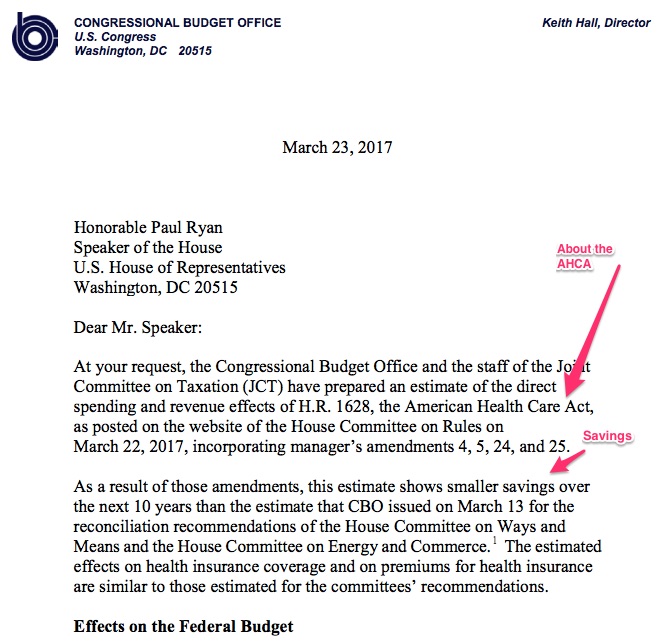 Where are we going? To CBO scoring.

In the rest of the letter, the CBO said federal deficits would go down, the number of uninsured would go up, and premiums would go up and down. While they do note that states, insurers, doctors…a list of protagonists…are unpredictable, they provide some predictions. Similar to the salutation, the close of the letter, is rather traditional: 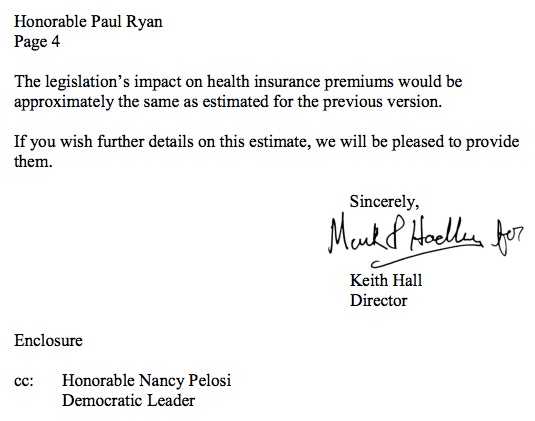 Asked how they get their scores, one former CBO head said the past is important. If they find a similar piece of old legislation, they use it to estimate a new bill’s impact. Also, the CBO might ask certain states for their plans. The goal is to generate several initial cost estimates and then a final formal report. For the new healthcare bill, the focus has not only been on spending and revenue but also premium estimates and coverage.

Hoping to exert more fiscal power over President Richard Nixon, the Congress passed the 1974 Congressional Budget and Impoundment Act, Its goal was to institutionalize the Congress’s budget authority by creating the Congressional Budget Office, establishing House and Senate budget committees, and formalizing fiscal scoring. The Act also moved the beginning of the government’s fiscal year from July 1 to October 1st.

My sources and more: For an overview of CBO scoring, I recommend these interviews of two CBO heads, Doug Holtz-Eakin and Douglas Elmendorf. Also, you might enjoy, as did I,  looking at some scoring at the CBO website and some legislative history.

The Economics of a Smile

When the Price is Always Right