We have far fewer secretaries and many less manufacturing jobs. But the secretaries are not in the headlines.

In areas like manufacturing, there are many male-dominated jobs. Those male dominated jobs though tend to be in shrinking sectors of the economy. And, they are populated by the least educated men: 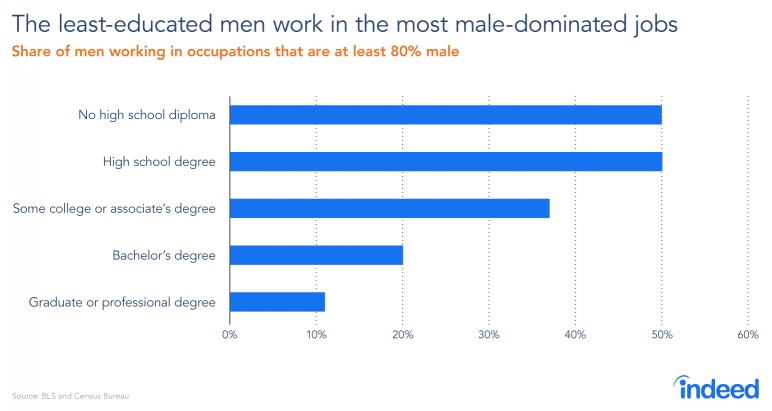 When unemployed less educated men look for a new job, there are two possibilities. They can switch to another male-dominated field or one where more women work. Jobs associated with men are growing in health, construction and robotic related tech: 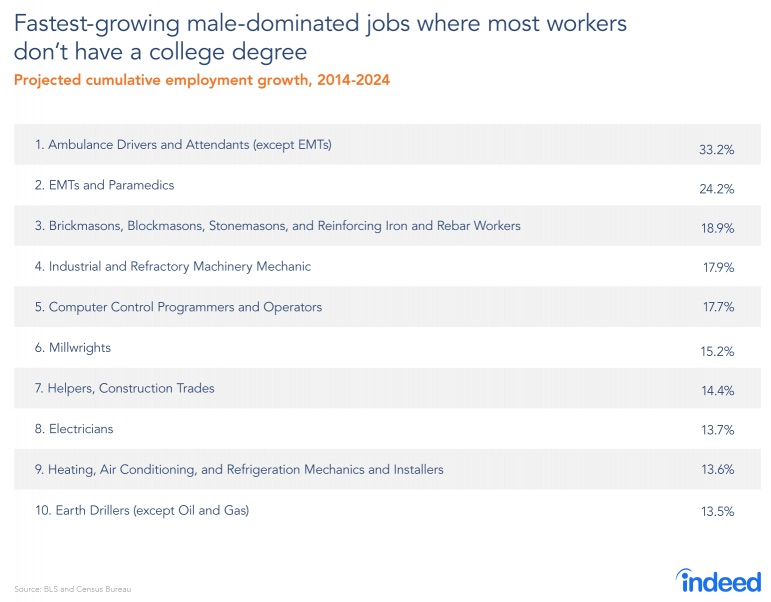 But the female-dominated jobs will grow the fastest: 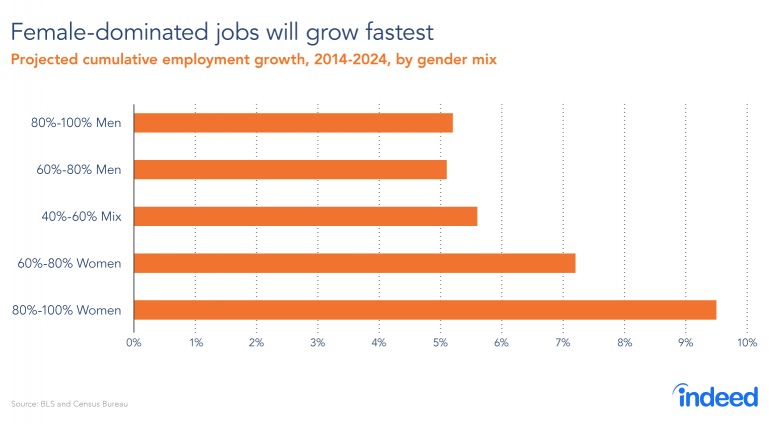 You can see (below) that occupational and physical therapists, nurse practitioners and home health aids will enjoy more job opportunities:

Unemployed less educated men have limited opportunities. One reason? They’ve been unwilling to move to lower wage jobs that are associated with women. One economist summed up the problem as an “identity mismatch.”

The U.S. is not alone. Across the developed world, the proportion of manufacturing jobs is shrinking:

Representing a structural change in the use of land, labor and capital, shifts in manufacturing employment relate to a shrinking number of middle skill jobs. For women that decline has been an opportunity.

Returning to where we began, the secretaries who have lost their jobs have moved onward and upward. But not necessarily the men.

My sources and more: Two NY Times Upshot columns, here and here, have focused on the gender jobs divide. Exploring the topic further, the Washington Post had an update that used data from here. And finally, the NY Times and WSJ had more about the men who do not work.

How the Power of the Market Makes Airline Passengers Happy