The battle was between Mesa, Arizona and Naples, Florida. It was the Cactus League vs. the Grapefruit League.

Arizona’s homes for the Cactus League: 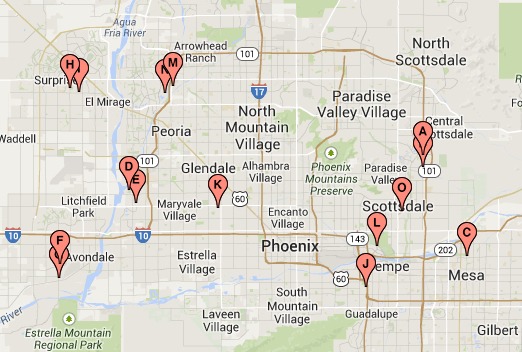 Florida’s homes for the Grapefruit League: 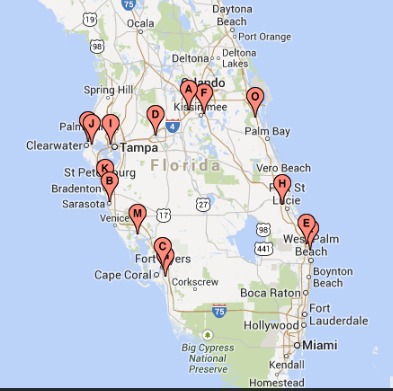 Our story begins in 1952 when the Chicago Cubs selected Mesa for spring training. Leaving in 1965, they returned as Mesa built them bigger and better stadiums. In 1997, Mesa completed a $24 million stadium that they thought would be fine for at least 20 years.

But then several years ago, Naples came along with a better deal (ABD).

The Cubs, though, agreed to stay in Mesa if they got a new ballpark, adjacent revenue raising businesses like a hotel and restaurants and a nearby training facility. To fund the proposal, Mesa asked the Arizona legislature for a surcharge on all Cactus League tickets and a rental car tax. The state said no.

On its own, Mesa had to find close to $100 million. Through a land sale and a $70 million park-bond package, they gathered sufficient financing for a 15,000 seat stadium, a 70,000 square foot office and training complex and “Wrigleyville,” the commercial complex. Meanwhile, the community got a new park facility with a lake, a huge playground and multi-use athletic fields. The Cubs have said they will stay for at least 30 years.

Expressing his approval, a local reporter said that spring training was good for the soul.

Economists say that might be all it is good for. Looking at sales revenues, property taxes and other possible source of dollars a team might generate for its spring training home, economists find little if any impact. Money the team gets from ticket sales, concessions and parking leaves the area as might hotel revenue. To those who say spring training attracts tourists, economists respond that Florida and Arizona would draw them anyhow. And meanwhile the municipality pays the maintenance.

Perhaps it all comes down to the intangibles of making a community a pleasant place. But still, as economists we should add that the dollar tradeoffs are for real.

Sources and resources: Using local newspaper articles and this video to compare the cost and benefit of building a spring training baseball complex, we could be convinced it is entirely worth it, if only for the excitement. However, reading about the dollars sacrificed (the source of my league maps) reminds us of the tradeoffs and the tragedy of the commons.