Facebook’s COO Sheryl Sandberg said, “You can’t be what you can’t see.”

When econlife looked at women and the symphony orchestra several weeks ago, we first saw a world that, in 1970, was 95% male. Musical directors only saw men and they hired them. Now the numbers are better but only after gender blind auditions brought more jobs to female musicians. Picturing a symphony orchestra, you see a very different image from 44 years ago. And, as a result, so too are the job opportunities.

Getty, Shutterstock and other photo libraries are the source of the stock images that we see in magazines, web sites and the media. Assume for example that you need a picture of a career woman. One result is an exhausted woman with a head resting on her computer. Look for girl power and the pictures include pretty women with dumbbells in workout attire. Independent woman takes you to a female, brush in hand, painting a wall. Or, we could just return to Women Laughing Alone With Salad. 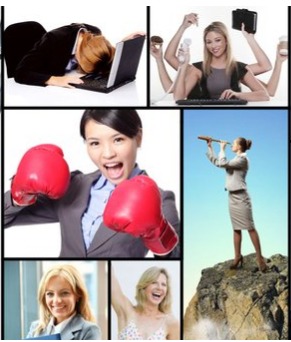 Sheryl Sandberg’s nonprofit Lean In Project is partnering with Getty to catalog and create a collection of photos “devoted to the powerful depiction of women, girls and the people who support them.” Here is one preview sample of a woman working late at night: 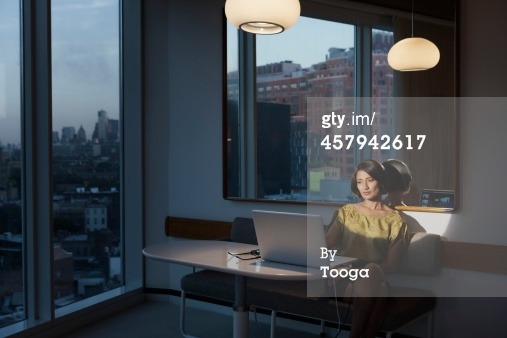 Indeed, only with more images of competent, empowered women can the message become a social norm that increasingly shapes our behavior.

Sources and Resources: These articles from The Washington Post and NY Magazine provide a good overview of the Lean In/Getty partnership. I do though suggest looking at the collection to see how a new message comes across rather than the cliched views that perpetuate the glass ceiling.

The Plight of the Night Owl