When the Price of Ice is a Problem

In West Africa, a road not yet built, sky high fuel prices, and the growing length of a fishing trip pushed up the price of ice.

Today, we start with a small fishing boat and conclude with the world.

The Price of Ice

The small fishing boats that leave the coast of Sierra Leone use boxes of flaked ice to preserve their catch. Now, though, expecting to be gone for six or seven days rather than one or two, they need more ice and more salt to preserve the ice.  They also leave with nets, rice, buoys, and soda.

In this NY Times image, you can see the Sierra Leone fisherman and their wooden ice boxes:

To make the ice, you need the electricity that oil generates. Less wheat from Ukraine and Russia means more demand for rice. As a result, according to the NY Times, the price of ice has gone up 40 percent. a bag of rice is up from $16 to $27 and fishing nets that used to cost $370 now are $430. Similarly, salt can cost twice as much. Trying to help, Iceland financed a shipping container that would store ice. But the road that will connect it to a water supply and to the harbor is incomplete.

The result? Because all are more expensive, a majority of West African families have had to replace fish as a main source of animal protein.

Whereas the NY Times told us about the plight of small fishermen, the IMF takes the leap to the big picture. (I should note here that the  other sources I checked contradicted some of the NY Times data. However, they all confirmed that prices were up.) The reasons ranged from the war in Ukraine to global warming and La NiÑa. Interestingly, rising U.S. interest rates brought food prices down by diminishing the inventories that increase speculation.

Below, you can see the response of cereal (barley, maize, wheat, rice) prices to an array of shocks: 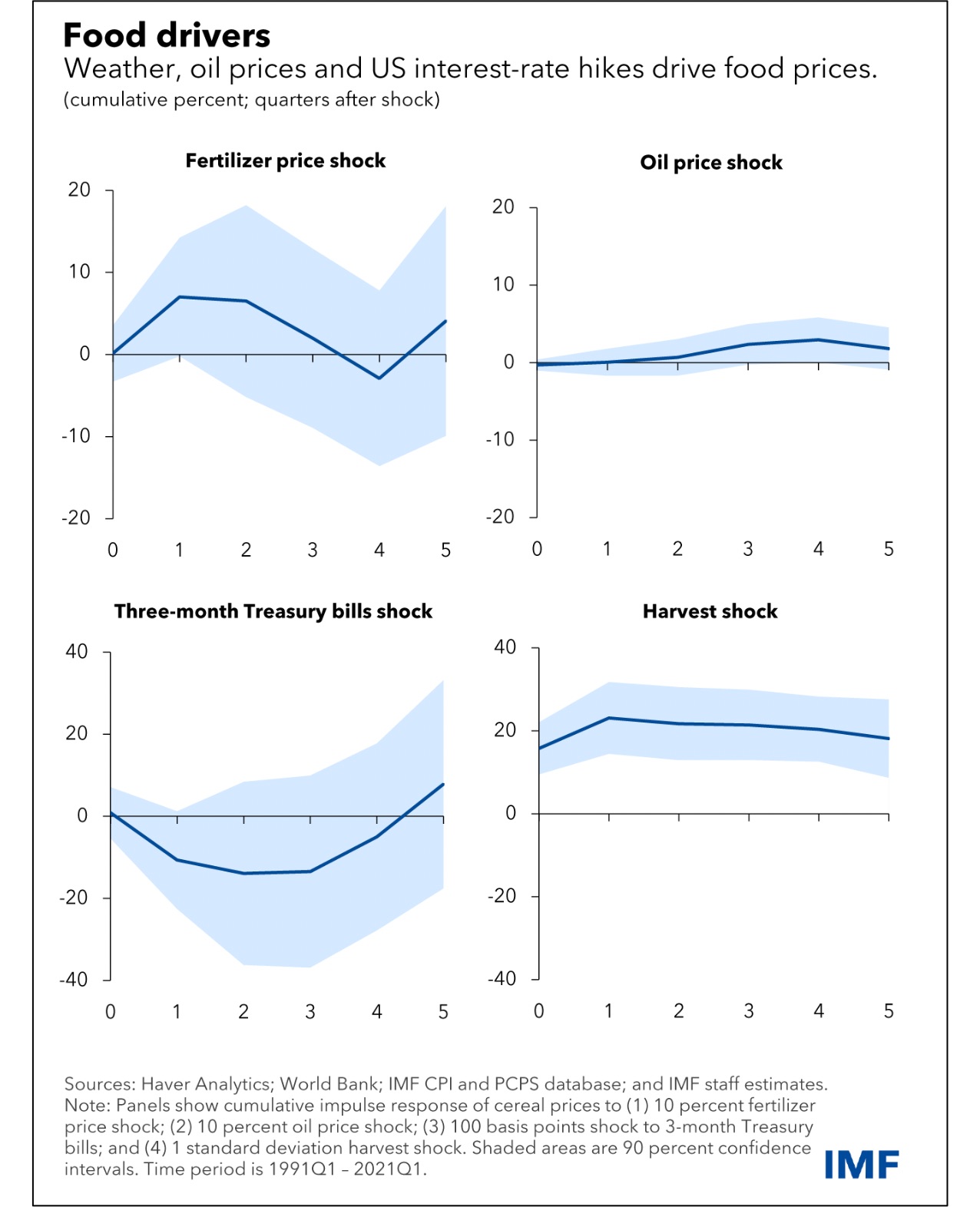 My sources and more: It is so nice when several disparate reports come together. This happened with a NY Times article on African fishermen and then this IMF blog and report on food prices. (Our featured image shows a part of a solar powered fish container.)

Why We Won't Want a Wider Highway