For a smile, do look at Thanksgiving Economics through a West Wing lens.

In this episode, President Bartlet calls the Butterball Hotline:

Where are we going? From a fictitious president to the real ones that influenced Thanksgiving economics.

Thanksgiving became an official holiday because of Abraham Lincoln.  Before that, George Washington said that November 26, 1789 would be a day for thanks and prayer. But it took until 1863 for Abraham Lincoln to declare that it was a national holiday.

Next, we have to wait roughly 70 years for Franklin Roosevelt to say that Thanksgiving should fall on the second to last Thursday of the month. Why? He wanted to increase the number of shopping days before Christmas. Somewhat agreeing, the Congress then resolved that the fourth Thursday in November would be a Thanksgiving holiday for all of us.

Meanwhile, the turkeys that were informally given by farmers had been getting presidential recognition each year. Comenting on the turkeys he received,  Harry Truman said, “They would come in handy” for Christmas dinner. But the big step was when George H.W. Bush gave the first official turkey pardon in 1989. Good for their members, the National Turkey Federation liked (gobbled up?) the publicity.

Because of turkey pardons, the National Turkey Federation had to be sure that presidents were given sufficiently auspicious turkeys. Each year, a farmer is selected to raise the “presidential flock.” Protected from weather extremes in a barn, those chosen birds eat corn and soybeans and get used to music, loud noise, and flashing lights.

This year, the pardoned birds, Chocolate and Chip,  stayed in the Willard Hotel. Not sleeping in the beds, they had comfy animal bedding on the floor. For several years some were sent to Frying Pan Park (really). They also could have wound up at Disney Land or George Washington’s Mount Vernon home. This year, Chocolate and Chip will continue their lives at North Carolina State University. 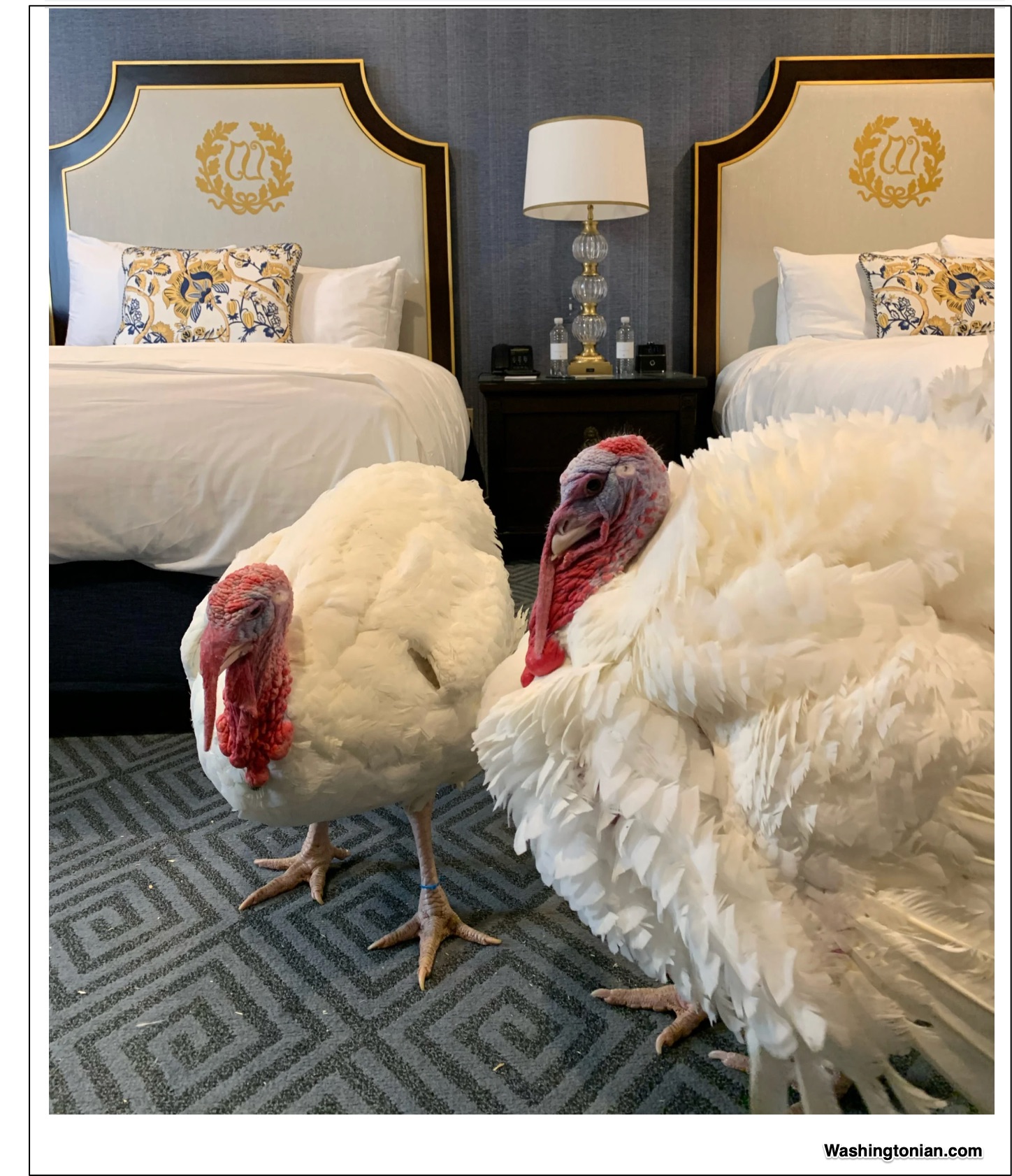 On this Thanksgiving, let’s conclude with a thanks to Adam Smith. In 1776, he (unknowingly) explained how we could possibly produce hundreds of millions of turkeys. After all, no one tells consumers to buy them nor farmers to raise them. Instead, “the butcher, the brewer, or the baker” create supply because of their “own self-interest.” Not caring as much about what we need, they respond to their own “advantages.”

And, for that reason, the Butterball Hotline is an example of Thanksgiving Economics.

My sources and more: This year’s update is from the Washongtonian. ( as is our featured image). Then, for more on pardoned turkeys, you might want to go to this recent Washington Post article. Meanwhile, the older possibilities range from Now I know to the Constitution Center and HowStuffWorks.

Please note that today we’ve updated a past post. Have a happy holiday!

How Stock Market Activity Relates to the World Cup