In its November news release, the BLS (Bureau of Labor Statistics) told us that the US CPI was up 7.7 percent for the 12 months preceding October 2022. Indicating some progress in the battle against inflation, it was the smallest increase since January, 2022. Compared to the UK, it was relatively low.

As for the world, it depends on where you look.

Near the top of a global inflation list no nation wants to lead, the UK has a whopping 11.1 percent inflation rate. A 41 year high, food and energy are the main reasons. A tad more, their inflation rate in 1982 was a UK high of 11.2 percent. Meanwhile U.S. inflation is heading in the other direction: 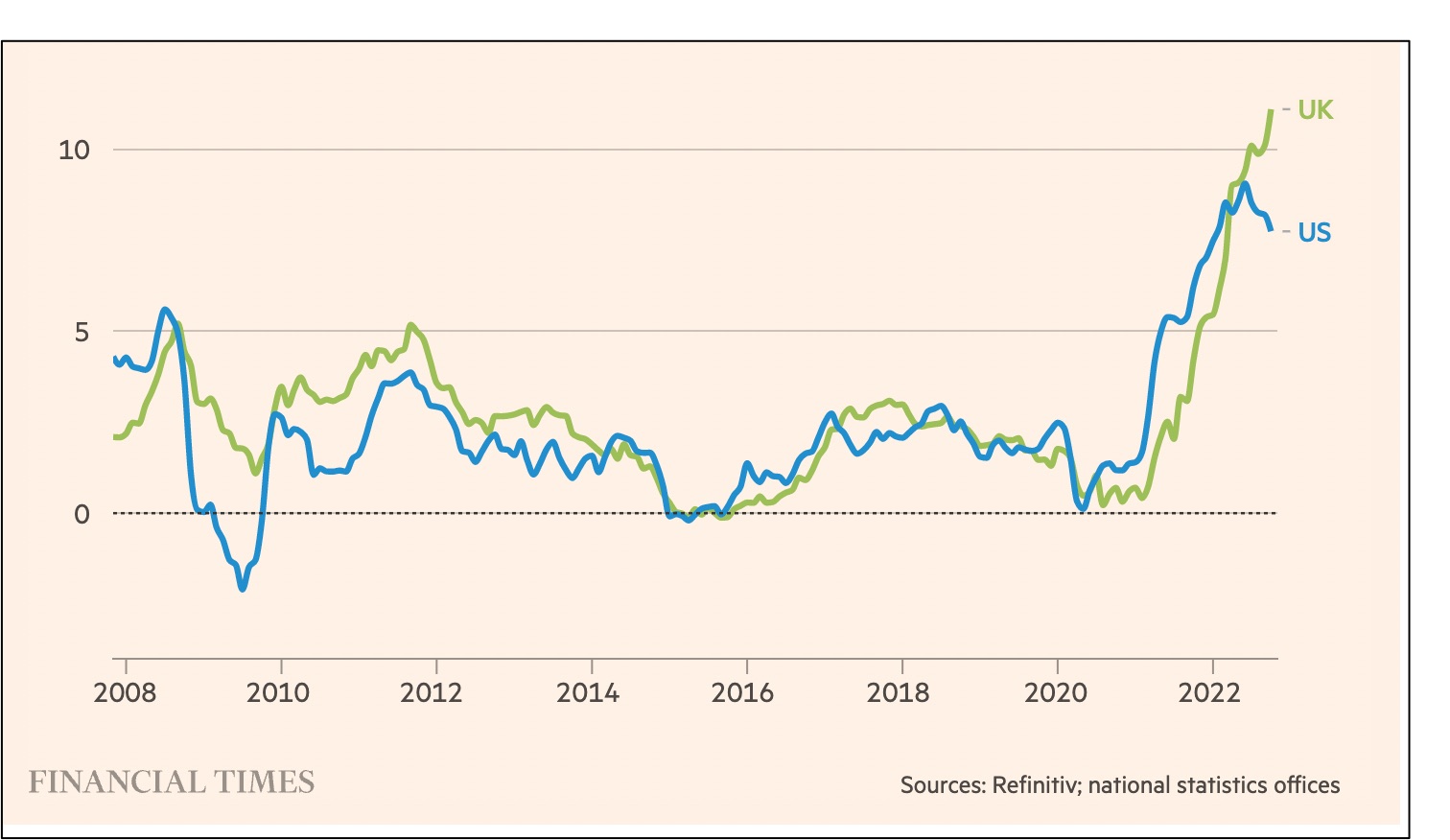 Among selected EU countries, Estonia is typical of the high inflation rates in the Baltics: 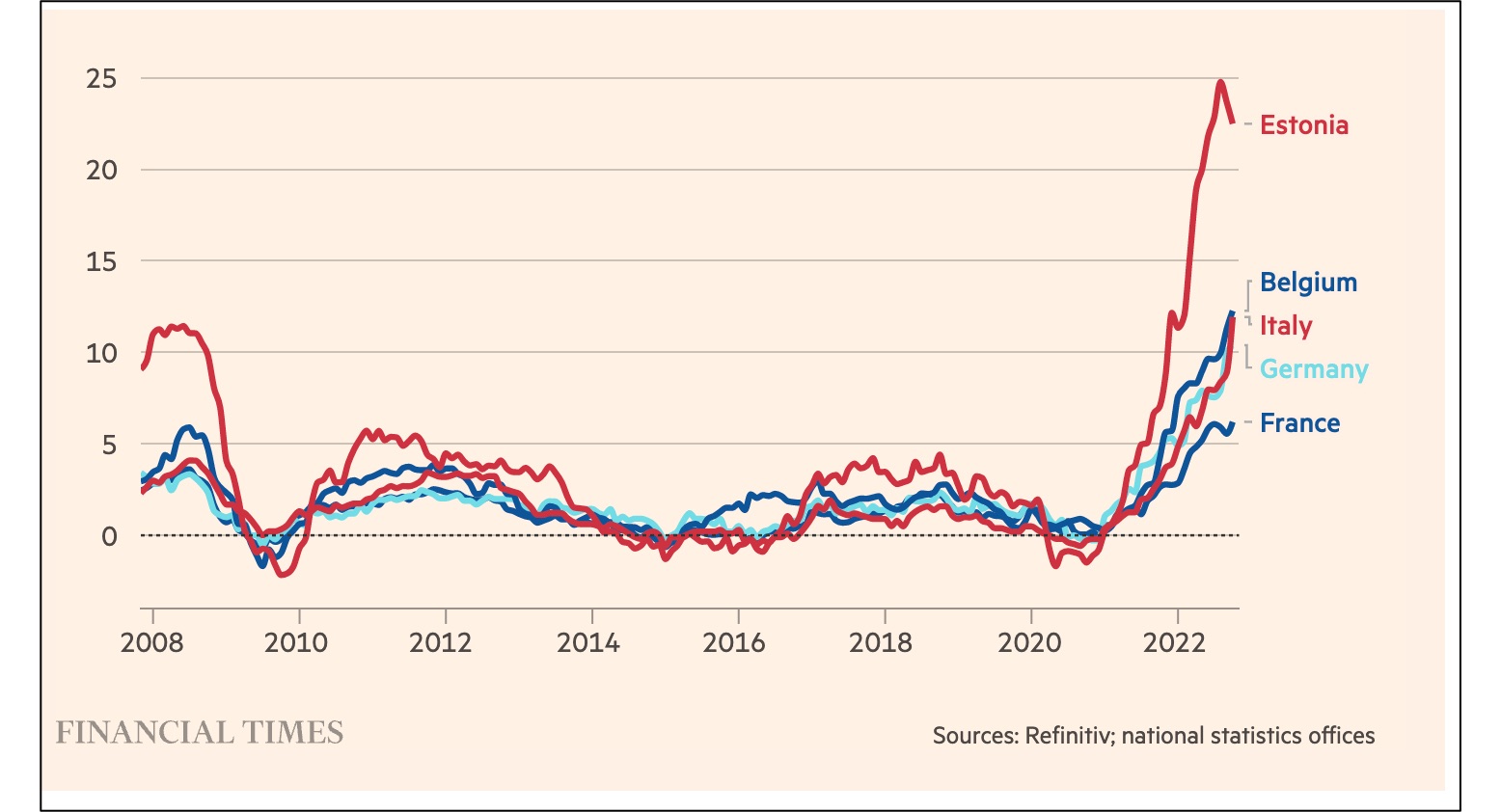 The Scandinavian and Nordic countries have similar numbers; 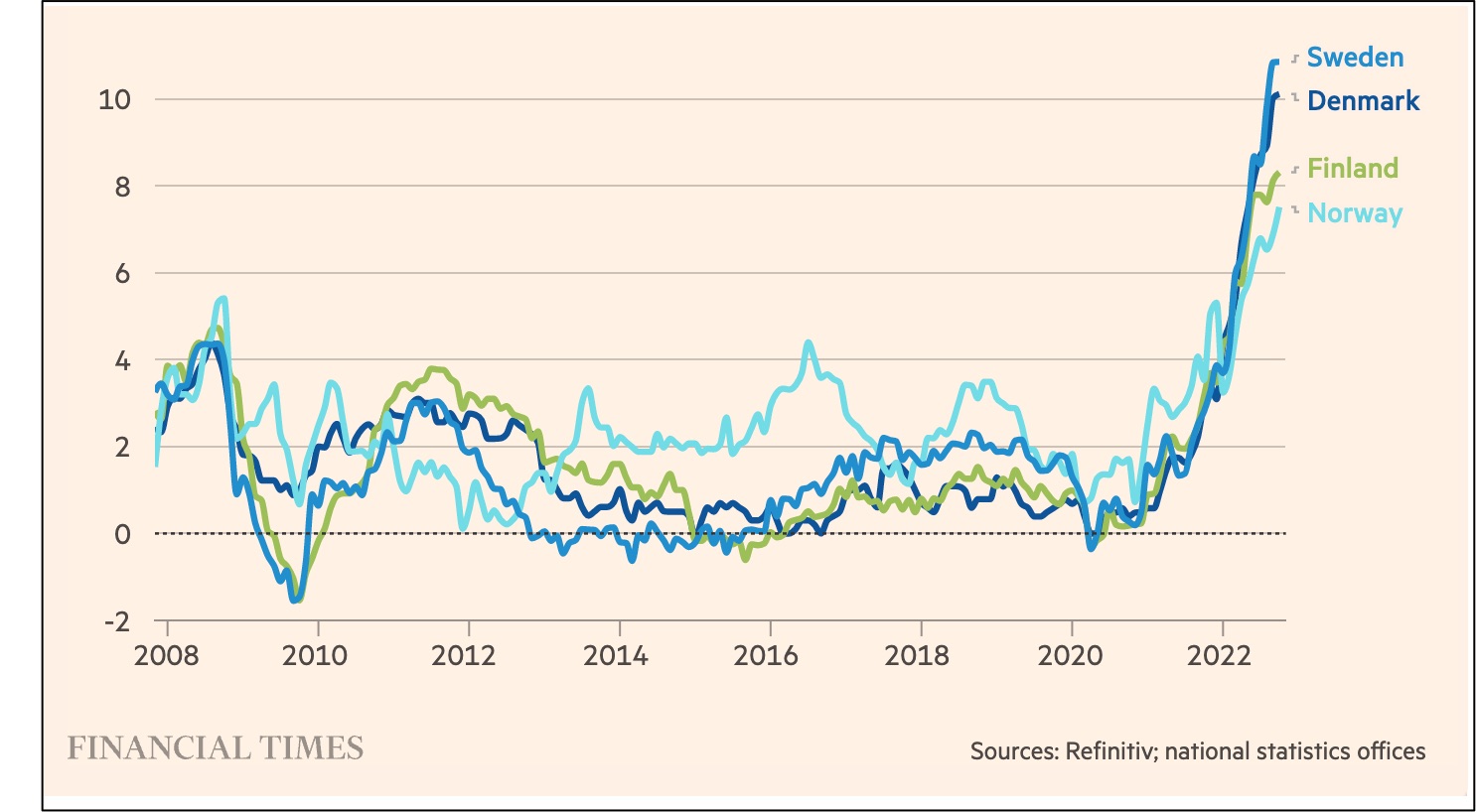 Meanwhile, the numbers look somewhat low in Asia. The anomaly is the inflation war that Vietnam appears to have won: 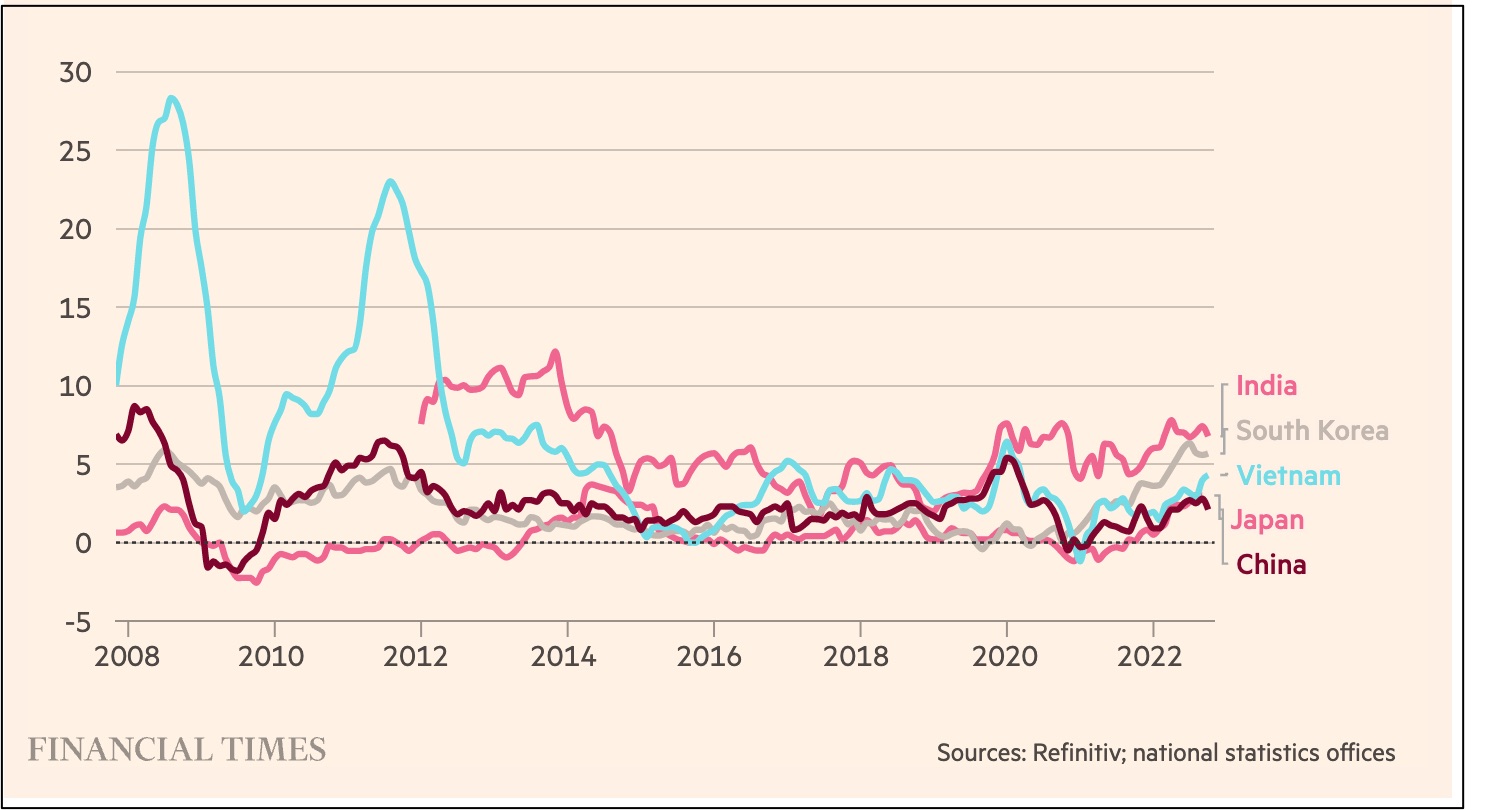 Several nations clustered with Brazil. However Argentina was the outlier and Venezuela, with hyperinflatioon was off the graph. 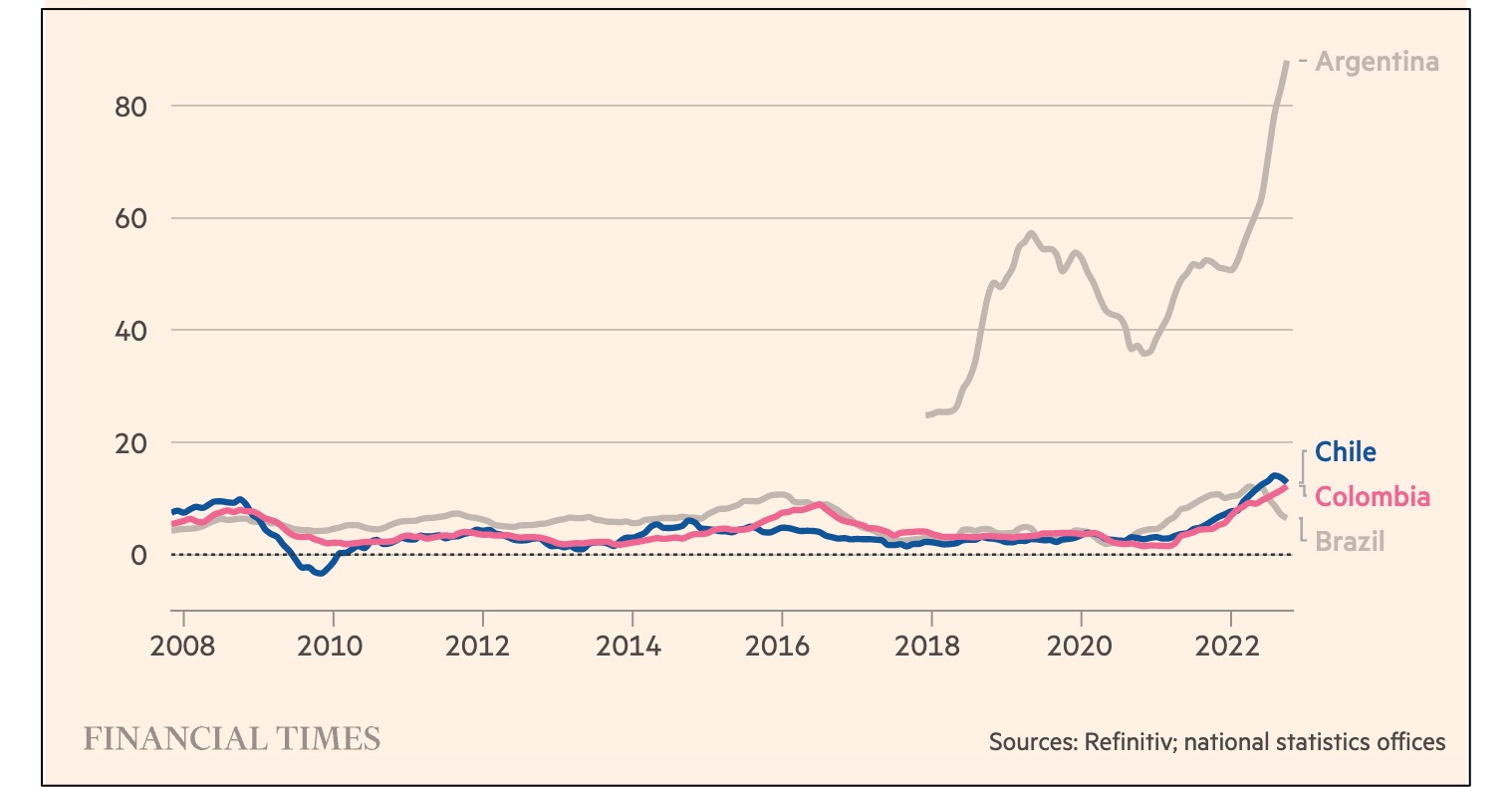 Everyone refers to “low interest rates” but never really says what they mean. If you are the Federal Reserve, then probably you are referring to the fed funds rate. The interest rate that banks charge each other, the fed funds rate is the rate that lets banks decide how much to charge you and me. Like any business, to be profitable, their prices need to exceed their costs. So, if the cost of borrowing is the fed funds rate, then the price to lend us money will be higher.

As a result, it will be more expensive if we borrow to buy a car or a house. Similarly, the interest rate on our credit card balances will go up. As economists, we can return to the law of demand. When price is up, the quantity we are willing and able to buy goes down. And that is precisely what the central bankers around the world are hoping for. With fewer dollars and euros and pounds chasing goods, prices should stop going up.

Of course. central bankers cannot unravel the supply chain snarls that have begun to untangle or the Ukraine war that is nudging the price of oil upward. But still, higher interest rates could make a difference.

Staista gave us a summary: 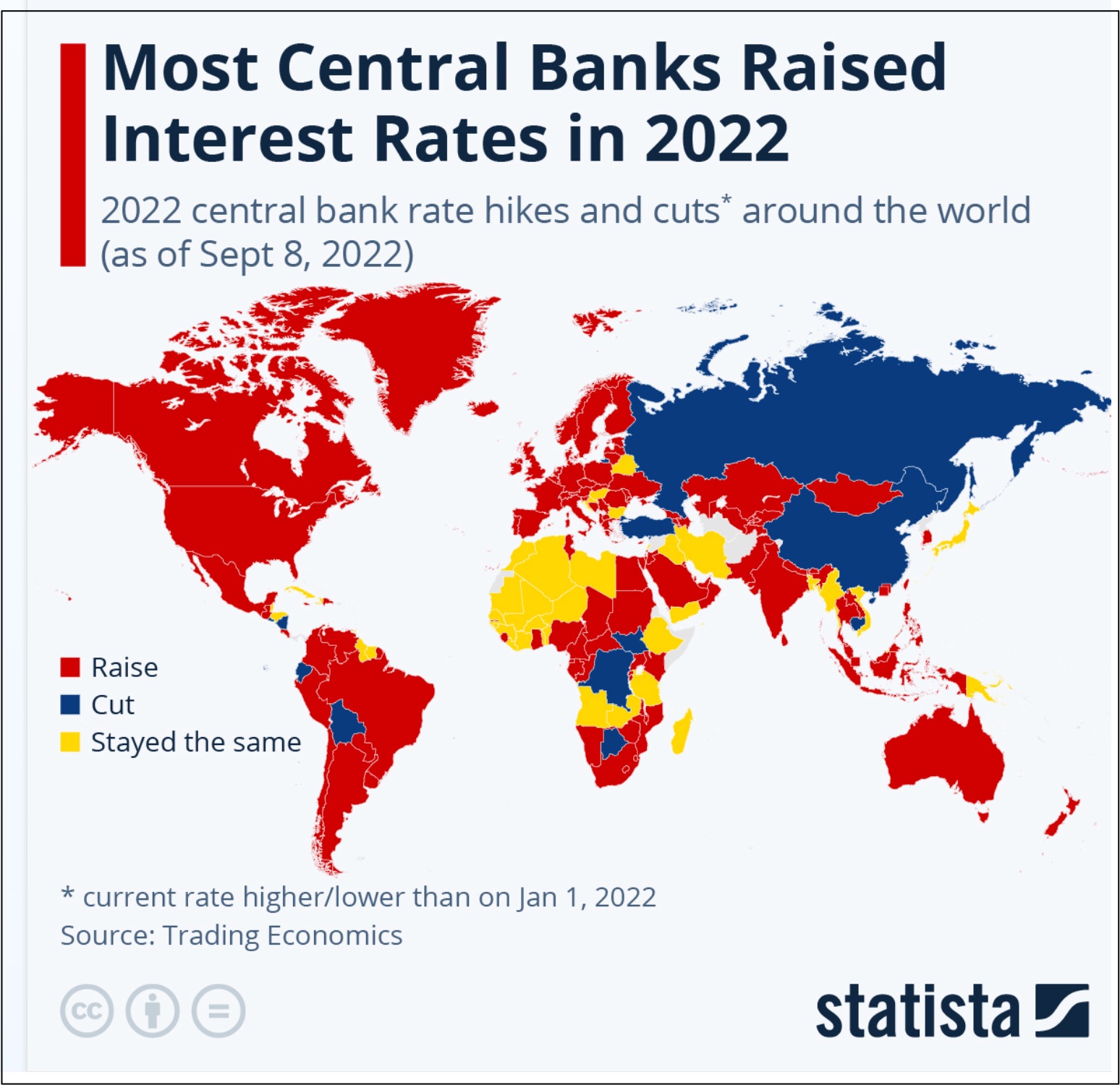 My sources and more: FT is a handy source for inflation facts while CNBC was one of many possibilities with the UK’s data. Then, for the U.S. this BLS report has all the details. Please note that our featured image is from EuroNews and most of Our Bottom Line was previously publiched in a past econlife post.

November 2022 Friday's e-links: What I Listen to Everyday